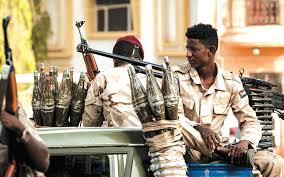 In a televised interview on January 5, President Recep Tayyip Erdoğan said that the assassination of Islamic Revolution Guard Corps (IRGC) Quds Force Lieutenant General Qasem Soleimani shocked Turkish officials and his death posed risks on the region’s peace and stability. As reported by online newspaper Duvar “We have been showing serious efforts as Turkey in order for this tension to be kept under control, decreased and left behind via diplomacy and we are still working on that,” Erdoğan said. He noted that Turkey has always been against foreign intervention in the region, adding that the country perceives Soleimani’s assassination from this perspective.

During the interview, Erdoğan stated that the crisis has started in the region once again but this time through Iraq and added that no solution could be found to the tensions despite all efforts and international initiatives responding Rouhani’s call to unite against US after the assassination.

After noting that Iraq has been chosen as a battlefield to harm the region’s peace and stability, he underlined the collaboration between Iran, Russia and Turkey “We are acting together with Iran and Russia in the Astana process. In addition, we have a 350-kilometer-long border with Iraq,” referring to the Astana peace process aimed at ending the Syrian conflict. On the other hand, “They’ve been and still doing everything they can to turn the Middle East into a blood bath,” he added, before going on to list foreign presence in the region. “You see that the U.S. is in the region. It seriously invested weapons here and has bases [in Syria]. When you look at western Euphrates, Russia is there. When we go south, the regime is there via the support it got from the U.S., Iran and Russia,” Erdoğan said as reported in Duvar. Stressing the need for restraint in the face of recent events, Erdoğan said that he talked to Iranian President Hassan Rouhani, Iraqi President Barham Salih, French President Emmanuel Macron and Qatar’s Emir Sheikh Tamim bin Hamad Al Thani about the assassination, adding that talks will be held with Russian President Vladimir Putin during his visit to Turkey on Jan. 8. “The fact that the U.S. chose him [as a target] caused tensions to increase in the region. I don’t think that killing a top commander of a country will be left unanswered. Hence, I think, selecting him was not accurate,” he also said.

During the same interview Erdoğan said that Turkish military units had started moving to Libya to support Fayez al-Serraj’s Tripoli based internationally recognized Government of National Accord (GNA). An operations center is set up and headed by a lieutenant general from Turkey, he noted. What is important, he underlined that Turkey will also have “combatant forces” in Libya and these forces are not be the soldiers of Turkey but are coordinated by Turkey’s high-level commanders. News reports recently alleged that Turkey-backed Syrian jihadi armed groups will head to Libya to fight Haftar forces as reported by online newspaper Bianet. The government neither confirmed nor denied the reports.

“LIBYA IS THE NEW MEKKA OF MERCENERIES” says El Watan.  The Turkish deployment, as commented by Guardian, risks a military confrontation between Turkey and other regional actors supporting Haftar, notably the United Arab Emirates and Egypt. In case of Russia, like Turkey, it is also planning to send Russian mercenaries along with the soldiers in support of Haftar  (who declared “jihad” against Turkish groups two days ago). Although Putin has urged Erdoğan not to send troops, it seems the two leaders will not confront sharply but keep the tension moderate on the mercenary level.

On international level, on Turkey’s position in Libya, Guardian commented that “European powers for years have failed to mediate an end to the conflict in Libya between the east and the west of the country, leaving a vacuum that Turkey is eager to fill. The latest European effort is to be a conference in Berlin, but its date has been repeatedly postponed as regional powers dispute the conference’s purpose and attendance list. Attention to the rise in violence in Libya has been reduced due to the focus on north-east Syria and the US conflict with Iran.”