Marc PIERINI: In Europe the rule of law matters. 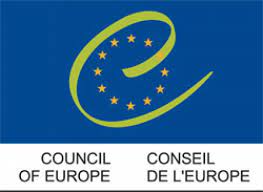 Today, the Council of Europe released the results of its vote on a human rights case in Turkey. In October 2017, Turkish philanthropist Osman Kavala was jailed on spurious charges, acquitted of the first indictment, and immediately sent back to jail on another charge. In December 2019, the European Court of Human Rights ruled in Kavala v. Turkey that he was abusively detained and should be released pending trial. Authorities in Turkey have consistently refused to abide by this obligatory judgment.

This week’s vote at the ministerial level confirmed that Turkey was in violation of the court’s 2019 ruling and gave Turkey a little over six weeks to implement the judgment or face an infringement procedure. Turkey immediately responded that further steps by the Council of Europe would mean “interference in the independent judiciary.”

The Council of Europe’s vote is a rare piece of good news in the case against Kavala. But this development is also a principled one. In disapproving Turkey’s refusal to implement the obligatory 2019 judgment in this case, the Strasbourg-based institution upheld the European Convention on Human Rights, of which Turkey is a signatory, and supported the European Court of Human Rights, of which it is a member.

The convention and the court are the two main pillars of the rule of law in Europe. If the case against Kavala in the Turkish courts had been left unattended by the Council of Europe, it would have left a deep scar in Europe’s carefully crafted rule-of-law architecture and tacitly permitted other human rights abuses across Europe. The political significance of the Council of Europe’s decision should therefore be assessed in this broader context, where the values and principles established in the aftermath of World War II are under threat across the continent.

It is also important to remember that Turkey chose to sign the convention in 1950 and to join the court in 1959. This means two things: first, a Turkish judge sits on the court, and second, Turkey must abide by the court’s judgments by virtue of Article 46 of the convention. Therefore, the alleged interference in Turkey’s judiciary is unfounded.

Only two other countries out of the forty-seven members of the Council of Europe sided with Turkey in trying to avoid an infringement procedure. The sad reality is that Turkey could have avoided such spectacular diplomatic isolation had it chosen to play by the court’s rules. The vote has nevertheless been carefully crafted to give Turkey an opportunity to implement the court’s judgment at the January 2022 hearing in the Kavala case.

Ankara may want to push back for predictable motives. They are mostly linked to domestic politics; putting up a fight may be politically convenient to some. The other side of the coin is that beginning such a tortuous journey—after leaving the Istanbul Convention on violence against women and after a drastic downgrading of rule of law in the past few years—will further isolate Turkey from Europe and the West.

As inconvenient as it might be to some in Turkey, the rule of law matters in Europe.

Pierini is a visiting scholar at Carnegie Europe, where his research focuses on developments in the Middle East and Turkey from a European perspective.@MARCPIERINI1