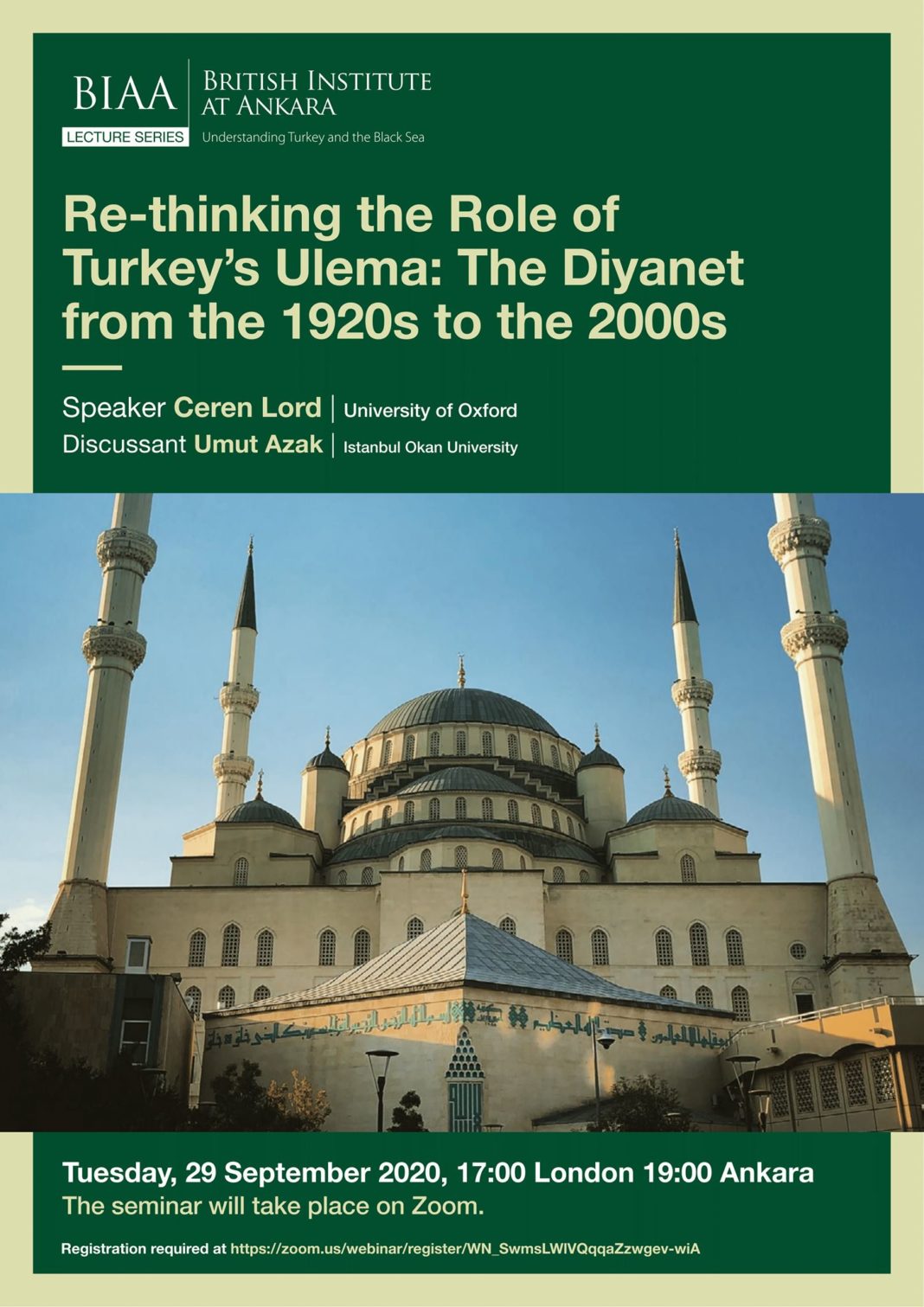 The British Institute at Ankara published the record of an online lecture on the evolution of the role of the Turkish ulema (Muslim clerics), housed within the Presidency of Religious Affairs (Diyanet İşleri Başkanlığı, Diyanet). The Presidency of Religious Affairs (established in 1924) is the country’s chief Islamic authority with a monopoly on overseeing Muslim religious life.

Hosted by Umut Azak (Istanbul Okan University) and given by Ceren Lord (University of Oxford), the lecture was presented with the following framework:

“Within Turkish studies, the Diyanet has been largely viewed as an apparatus of the ostensibly ‘secular Kemalist’ state, and more recently, as an ideological tool of the AKP. Broader studies of Islamic authority have also overlooked the Diyanet, regarding it as marginal and passive. In contrast, this lecture will trace lines of continuity between the Ottoman ulama and the Diyanet, underlining its agency in struggling for the expansion of its role and in pursuing Islamisation.”

Ceren Lord is a British Academy Postdoctoral Research Fellow at Oxford University working on the intersection of conflict and identity. She completed her PhD in 2015 at the London School of Economics, Government Department, focusing on religious politics. Her monograph, titled Religious Politics in Turkey: From the Birth of the Republic to the AKP, was published in 2018 by Cambridge University Press. Ceren is the lead editor for the British Institute at Ankara (BIAA)-Contemporary Turkey series published by I.B. Tauris.

Umut Azak is an associate professor in the Department of International Relations at Istanbul Okan University. She completed her PhD in 2007 at Leiden University, Department of Turkish Studies. Her research focuses on history of secularism and memory politics in Turkey. She is the author of Islam and Secularism in Turkey: Kemalism, Religion and the Nation State (I.B.Tauris, London, 2010).

Share the post « Online Lecture: “Re-thinking the Role of Turkey’s Ulema: The Diyanet from the 1920s to the 2000s”