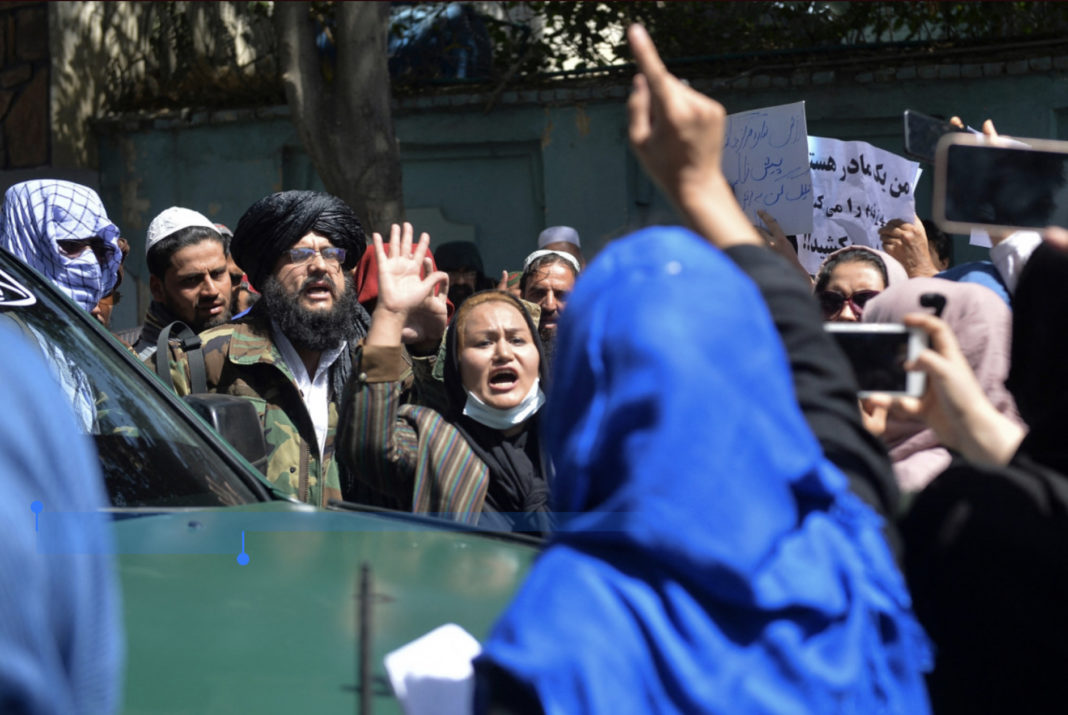 It seems to be dawning on the Biden administration that the chaotic evacuation from Afghanistan ahead of the 20th anniversary of 9/11 sent the opposite message: that the “war on terror” was a closed chapter in U.S. history. Much more than Blinken-Austin glad-handing will be needed, because the terrorism era is far from over. A new, more dangerous phase has begun.

Despite the Taliban’s protestations to the contrary, al-Qaeda remains fused to the militants running Afghanistan, by an oath made by Osama bin Laden, and twice renewed by his successor, Ayman al-Zawahiri. In May, a U.N. monitoring group said of al-Qaeda that “it would be difficult, if not impossible, to separate it from its Taliban allies.”

Al-Qaeda is hardly the only terrorist group with a presence in Afghanistan. Most prominently, the local Islamic State affiliate, ISIS-Khorasan, or ISIS-K, is a deadly threat, as shown by the horrific bombings at the Kabul airport last month.

Afghanistan is on the verge of again becoming a hub for terrorism. Even before the Taliban fully took over, various extremist groups were running training camps there, the way they did before 9/11. The U.N. report in May estimated the total number of foreign fighters in the country at 8,000 to 10,000, including groups from the Arab world, Central Asia and the Uyghur areas of China.

Following the U.S. withdrawal, my organization’s monitoring of Islamist communications on social media and in chat rooms indicated that groups as far afield as Syria and Southeast Asia began redirecting potential recruits to Afghanistan.

Biden touts an “over the horizon” use of drones and cruise missiles to combat terrorist outposts in Afghanistan. But in 2015, dismantling one large al-Qaeda camp in Afghanistan, near the Pakistan border, required 63 coalition airstrikes and a ground force of 200 U.S. troops. The Afghan skies would need to be filled with U.S. military hardware to destroy the terrorist bases that are likely on the way.

Yet the U.S. withdrawal from Afghanistan hasn’t simply reset the clock to Sept. 10, 2001, with the Taliban again ruling Afghanistan. Today is different in one critical respect: Afghanistan is now far from the only country in the region where extremist groups hold sway.

Large swaths of Libya, Somalia, Yemen, Syria, Lebanon and Iraq are all, to a greater or lesser extent, ruled by non-state militias, creating an arc of instability from North Africa to South Asia. These groups work with different agendas (many, though not all, take direction from Iran’s Quds Force), but they share one thing in common: virulent anti-Americanism.

Moreover, as things stand, there is little the United States can do about it, because as these groups expand their power, America appears to be in retreat.

Over the past decade or so, the United States has systematically dismantled its influence across most of the region’s flash points. U.S. embassies in several countries, including Libya, Yemen, Syria and now Afghanistan, have been closed. The United States demonstrably, humiliatingly, cannot control its nominal allies in Turkey, Saudi Arabia and Pakistan.

And in Iraq, despite a vast sacrifice of blood and treasure, we are forced to tolerate political leaders who flaunt their membership in Iranian-controlled militias.

Despite the Biden administration’s professed desire to refocus on countering security threats from Russia and China, the pullout from Afghanistan seems only to have bolstered these authoritarians. British Foreign Secretary Dominic Raab recently said that to rein in the Taliban, “we’re going to have to bring in countries with a potentially moderating influence, like Russia and China, however uncomfortable that is.” For the United States, after 20 years and trillions of dollars, that is more than uncomfortable, it is a tragedy.

The only remedy is to urgently reengage with the region. Not just, or even mainly, militarily. Special Forces raids and drone strikes will continue to be essential in fighting terrorism. But the U.S. failure in Afghanistan made clear that there is no exclusively military solution to this problem.

The anti-terror toolbox has some underused options to go along with the hammer: diplomacy, development assistance, intelligence, law enforcement, trade. We should deploy them, wherever possible, not only to assist U.S. allies, but also as part of comprehensive diplomatic initiatives that promote stability and advance political solutions to the various conflicts destabilizing the region.

In 1989, as a very different superpower withdrew from Afghanistan in defeat, the United States shut down its embassy in Kabul. For 12 years, we tried our best to ignore Afghanistan — until the horror of 9/11 finally forced us awake.

Now, Western governments are being tempted to turn the page on Afghanistan again. That would be a colossal mistake.

*Ali Soufan, a former FBI counterterrorism agent, is a private security consultant and the author of “Anatomy of Terror: From the Death of Bin Laden to the Rise of the Islamic State.”