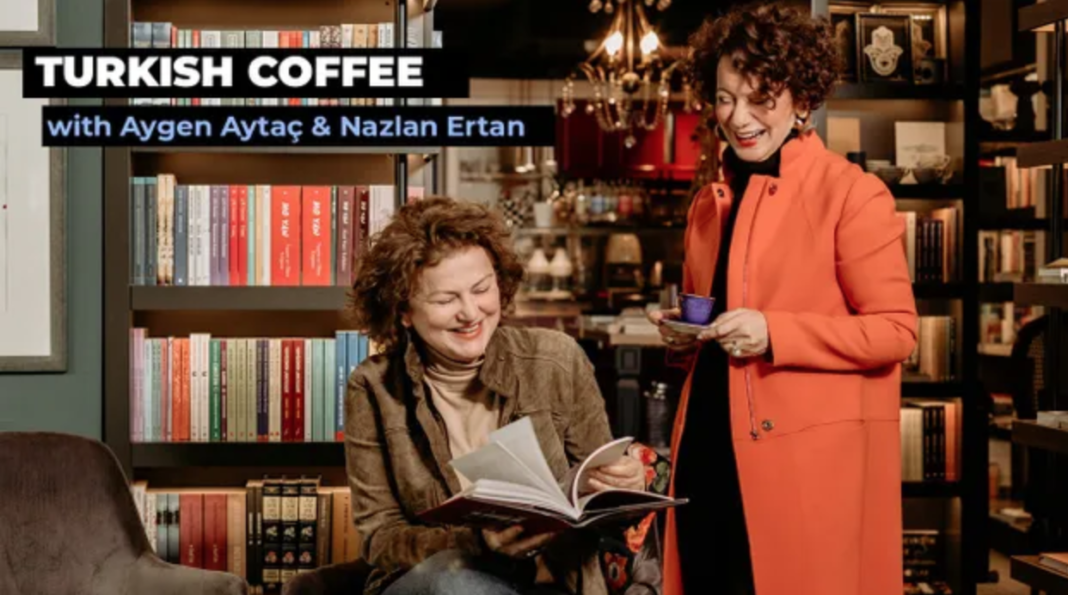 In this episode of Turkish Coffee, Aygen Aytaç and Nazlan Ertan discuss the Turkish image, starting from an 11th-century letter from Byzantine Emperor Alexius Commenus to today’s Sofagate, from references to Turks in Shakespeare to the soft power of the Turkish TV series.

In the wake of international headlines on the Sofagate scandal between Turkey and the European Union, the Turkish Coffee hosts discuss the image of Turkey and Turks abroad, taking their cues from history, literature and the current political affairs.

Aygen Aytac had started her career in 1991 at the International News Department of the National Radio and Television (TRT) as a journalist. She  is the project manager of United Nations Volunteers-UNV’s ‘State of the World’s Volunteerism Report’ as well as the coordinator and the lead author of the United Nations Development Programme UNDP’s 2008 National Human Development Report  that won the Excellency Award in Influencing National Policy Debate in the framework of 2009 Global Human Development Awards.

Nazlan Ertan is a journalist and communication specialist who worked in Turkey and abroad since 1990. She worked as a journalist in  Turkish Daily News (the forefather of Hürriyet Daily News), Hürriyet and CNN-TURK and contributed to BBC Turkish Service, The European Voice and other international publications while working in Brussels, covering EU and NATO.In the European Commission, she worked as the International Road Federation’s Communication Director in the Brussels-Geneva-Washington triangle, became the Director of EU Information Centre in Ankara. She has been the Director for Civil Society, Communications and Culture for EU Secretariat-General (which later become Turkey’s EU Ministry).