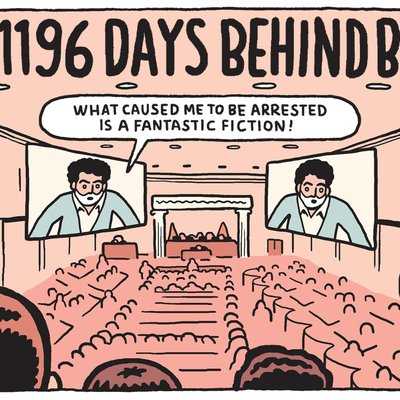 On 23 March 2021, dissenting opinions of 7 members of the Turkish Constitutional Court, against the ruling of the Court found no violation of rights in Kavala’s continued detention, was released. Despite the opinions clearly putting forward that the charges and the detention are incompatible with our Constitution, ECHR, and the norms of ECtHR, the majority rendered violations of rights for ordinary reasons perpetual, instead of establishing crime from the action.

As stated in the dissenting opinions:

“The most important issue with regard to the application is that, let alone the strong indication of the existence of a charge of political or military espionage on which the applicant was arrested, not even a simple suspicion could be presented.” – Zühtü Arslan, Chief Justice

“With such approaches, it would become possible to make allegations about the scientific and cultural studies in sociological, anthropological, medical or legal fields by the people who are conducting studies on their own societies or other societies, with the claim that they are investigating the vulnerabilities of the society and sharing social-cultural secrets with foreigners. As this would render each and every one vulnerable to accrimination, when this logic is adopted, it also necessitates accusing those who participate in the civil society activities in question.” – Hasan Tahsin Gökcan, Deputy Chief Justice

“In Kafka’s novel The Trial, Joseph K. had all of a sudden found himself in a legal spiral and a labyrinth: ‘Joseph K. was living under a rule of law… all the laws were in full force…’ In the case before us, the fact that the applicant was released twice and arrested three times with accusations based on almost the same fact and without introducing significant new evidence raising strong suspicion, also resembles a Kafkaesque legal spiral.” – Engin Yıldırım, Member

Though these opinions on the violation of rights do not change Osman Kavala’s detention status, they are still promising in terms of embracing the contemporary legal norms. It is our foremost expectation that these strong and brave opinions stated in the dissenting opinions of the reasoned decision of the Constitutional Court’s ruling would attain their deserved position in the functioning of the Turkish judiciary.