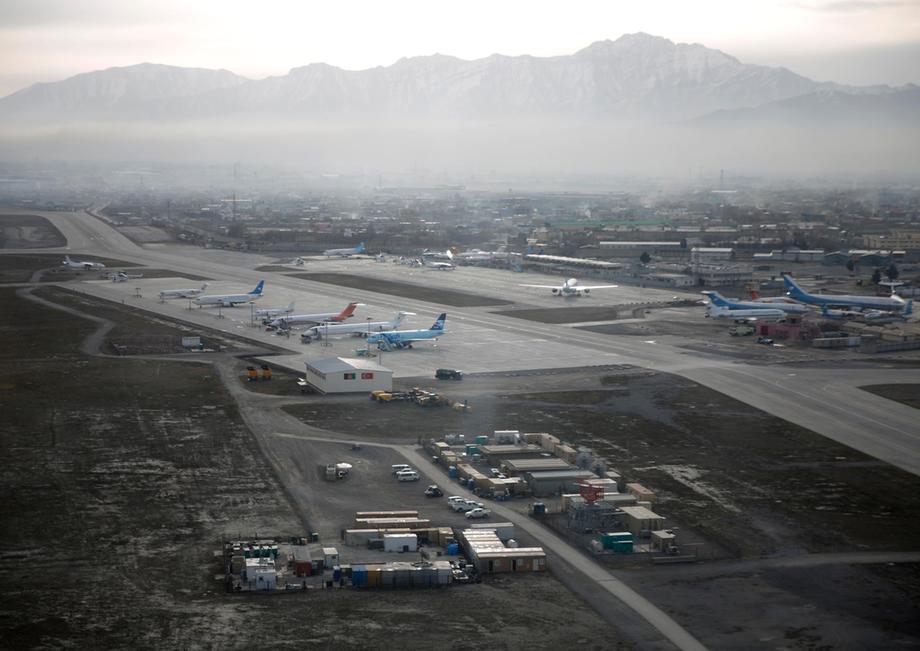 Ankara’s willingness to deploy a military mission to secure Kabul’s airport raises questions about the risks it is prepared to take, what allies Turkish forces could have on the ground and what the US administration is prepared to offer in return.

Turkey’s offer to secure Kabul’s airport after the US-led NATO force completes its withdrawal from Afghanistan later this year is largely seen as an attempt by Ankara to win favor with Washington, but such a mission is fraught with risks and uncertainties that might bear on Turkey’s friendly ties with Afghanistan and bring it odds with regional players.

President Recep Tayyip Erdogan discussed the issue with his US counterpart Joe Biden in their first face-to-face meeting as presidents at the NATO summit last week. There was little indication of progress on the main disputes that have poisoned Turkish-US ties in recent years, but Erdogan signaled a possible consensus on Afghanistan. “If they do not want us to leave Afghanistan, if they want a certain [Turkish] support there, then the diplomatic and financial backing of the United States will be of importance,” he said. “I told [Biden] about our idea to collaborate with Pakistan and Hungary. There is currently a consensus. There is no problem on this,” he added.

NATO Secretary-General Jens Stoltenberg, meanwhile, said no decision was made on who would run Kabul’s international airport after the withdrawal of allied troops, but stressed Turkey would play a key role there.

Turkey’s current military presence in Afghanistan is limited to a battalion of about 500 soldiers involved in non-combat missions. The number of Turkish troops has exceeded 2,000 during Turkey’s leadership stints in international missions in the past two decades. Turkish troops have been involved in guarding and running the military section of the Kabul airport. Yet, Turkey has never had a combat force in Afghanistan. Turkish soldiers have never engaged in an armed confrontation and never fired a bullet in the country.

The Hamid Karzai International Airport in Kabul — Afghanistan’s primary airport that doubles as a military base — serves as a vital link to the outside world in the mountainous landlocked country where road travel remains far from safe. Control of the airport amounts to control of Afghanistan’s gateway to the world.

The Afghan civil aviation authority requested the handover of the airport’s air traffic control from NATO in April as the alliance began the withdrawal of its mission in line with Biden’s decision to pull out all American troops from Afghanistan by Sept. 11.

The security of the airport and air travel is seen as a prerequisite for the operation of foreign diplomatic missions in Afghanistan, the US State Department stressed last week. Most recently, security fears prompted Australia to shutter its embassy in May. The safe functioning of the airport is also crucial for the delivery of humanitarian aid by international charity groups.

Yet the Taliban has sniffed at Turkey’s offer to take charge of the airport after the departure of the NATO mission, saying that the Turkish troops should go, too. “Turkey was part of NATO forces in the past 20 years, so as such, they should withdraw from Afghanistan on the basis of the agreement we signed with the United States on Feb. 29, 2020,” Suhail Shaheen, the Taliban spokesman in Doha, told Reuters June 11. “Otherwise, Turkey is a great Islamic country. Afghanistan has had historical relations with it. We hope to have close and good relations with them as a new Islamic government is established in the country in future,” he added.

How things wind up will depend largely on talks between Ankara and Kabul and the Kabul government’s contacts with the Taliban.

A scholar of Afghan security based in Turkey who recently traveled to Afghanistan described vividly how the Taliban has regained strength since the 2001 US-led invasion and the subsequent overthrow of the Taliban government. “Currently, from the far north to the far east of the country, the Taliban controls the main transitional areas. They have been ruling rural areas like a shadow government,” he told Al-Monitor on condition of anonymity. “A couple of months ago, while traveling from the capital to Takhar province, I witnessed Taliban patrols and checkpoints that collect taxes from every crossing vehicle, mainly from trucks loaded with goods and commodities,” he added.

The question for Turkey is how it could assume responsibility for the security of the airport, embassies and critical facilities in Kabul without conducting military policing and patrolling, which are clearly combat tasks.

Combat missions would run contrary to Ankara’s hitherto vision in Afghanistan, which has been based on the notion that Turkey, the sole Muslim-majority member of NATO, is in Afghanistan to support stability and help the Afghan people as part of the historically close relationship between the two nations, including ethnic bonds.

Turkey’s military involvement has been through a coalition force that never directly engaged the Taliban or other militant groups on the battlefield. Drawing on its century-old friendship and religious affinity with Afghanistan, Ankara has enjoyed enormous political and social leverage among Afghans, especially groups with Turkic roots such as the Uzbeks, and its soldiers have generally received a warm popular reception in the country. Of note, Turkey has traditionally also had close ties with Pakistan, where Taliban leaders receive training and support.

Now, Ankara seems to be counting on its soft power in Afghanistan to use it as a bargaining chip for a thaw with Washington. However, Erdogan’s ambitious plan to keep Turkish troops in Afghanistan could turn into a nightmare in the long run unless it is handled with the utmost caution and deftness.

Two key aspects need to be analyzed here. The first is the regional actors involved in Afghanistan.

Pakistan stands out as a crucial player whose interests are crystal clear. It has a border conflict with Afghanistan and a Pashtun population larger than the one in Afghanistan. Wary of the Afghan Pashtuns’ decades-long aspirations for an independent Pashtunistan, Pakistan has kept tight control over its own Pashtuns inhabiting areas along the Afghan border. And with the added weight of Islamabad’s economic interests and water disputes with Kabul, it is hard to imagine Pakistan as a reliable ally for Turkey in Afghanistan. Islamabad has often manipulated US administrations throughout the American involvement in Afghanistan, making it even harder to imagine a smooth Turkey-Pakistan coalition on the ground. Though Turkey’s military involvement in Afghanistan might be preferable to Pakistan over the United States’, Islamabad would rather hold the strings of a puppet Taliban regime than deal with a third party.

As for Iran, it currently has a militant faction active in Afghanistan and friendly ties with the Taliban — a far cry from the political support that Tehran gave to the toppling of the Taliban in 2001.

China appears as the only regional actor that might favor an active Turkish role in Afghanistan in the hope of advancing its ambitious Belt and Road Initiative. But overall, regional actors would prefer to deal with a domestic actor — the Taliban — rather than Turkey.

The second aspect is the international actors. As a NATO member, Turkey does seem to be the best possible alternative after the United States and NATO withdrawal from Afghanistan. Such a role — if approved by the UN Security Council and backed by the international community — could buy Turkey a whole new level of regional and international attention and political leverage. If not, it could devolve into political turmoil that would shatter Turkey’s good image in Afghanistan. Russia, for instance, might be reluctant to back Turkey as it has recently built close ties with Taliban leaders and would not be happy with the presence of a NATO member.

Also, domestic factors in Afghanistan such as religious and tribal affiliations, ethnic rifts and geographical divides are often underestimated or overlooked by the international community. The Taliban hail predominantly from Pashtun groups that have been extremely hostile to other ethnicities in Afghanistan. Turkey might face a dilemma on whether to align with non-Pashtun and Turkic groups or the dominant Pashtun groups. This may sound like a minor issue, but it was one of the essential causes of the US failure in Afghanistan.

So, Ankara needs to think twice and be aware that Afghanistan is not Syria, Libya or Nagorno-Karabakh and is not called a “graveyard of empires” without reason.

Metin Gurcan is a columnist for Al-Monitor’s Turkey Pulse. He is a founding member of Ali Babacan’s new political party, and served in Afghanistan, Kazakhstan, Kyrgyzstan and Iraq as a Turkish military adviser from 2002 to 2008. After resigning from the military, he became an Istanbul-based independent security analyst. Gurcan obtained his PhD in 2016 with a dissertation on changes in the Turkish military over the preceding decade. He has published extensively in Turkish and foreign academic journals, and his book “What Went Wrong in Afghanistan: Understanding Counterinsurgency in Tribalized, Rural, Muslim Environments” was published in August 2016.