A Campaign From Istanbul Şehir University : “save Şehir , Save Educations Morals ! ” 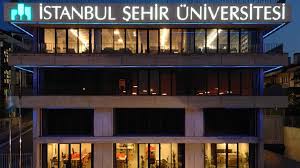 Information taken from the campaign page is given below:

#SehirHepimizin Initiative is a group of students from different walks of life who united due to placing a precautionary lien on all bank accounts of Istanbul Sehir University immorally and unlawfully. Its aim is to inform the public and to change the direction of the issue while hoping to provide a solution as soon as possible.

For the first time, a precautionary lien is brought to an educational institution in Turkey. In addition, unlawful acts were constantly ignored throughout the process. Over 5 weeks, especially of the students from all over the world, lives of thousands are ruined by this uncertainty.

How did it emerge?

On 14 October 2019, SEHIR officially announced to the public that Halkbank had placed a precautionary lien on all of its bank accounts and that it cannot access any of its assets.

However, this situation had a long-going background and several motives underneath:

– As a start, there were 15 lawsuits filed by several different organizations for the abolition of the allocation on the land allocated to SEHIR, and the University only started the construction on the land on Dragos Campus only after all of these cases were concluded in its favor.

– SEHIR started to receive investment loans from Halkbank in order to build up the Campus by showing the land allocated as collateral.

– After the final ruling was given in all lawsuits, a 16th lawsuit was opened by TMMOB to cancel the transfer of the land, although the lapse of time for filing the lawsuit was exceeded.

– Halkbank began to break their agreements made with the university one by one under the pretext that the latest unlawfully and improperly filed lawsuit decreased the value of SEHIR’s collateral:

A university having no access to any of its bank accounts means:

Giving way to these attempts of financially failing this university results in:

Say no to this injustice and unlawfulness, and be a part of our voice!

Students have not been able to healthily focus on their studies due to a complication created God knows why.

Don’t let the destruction of law and education morals in Turkey!

P.S.: “SEHIR Hepimizin” means “SEHIR is all of ours”: not only of SEHIR students, but of everyone believing in law and the value of education.

T24, K24, June 10, 2021, Gülşah Torunoğlu K24 dossier: a platform to discuss the developments in and challenges to the institutional structures that facilitate the...
Read more
ARTICLE A LA UNE