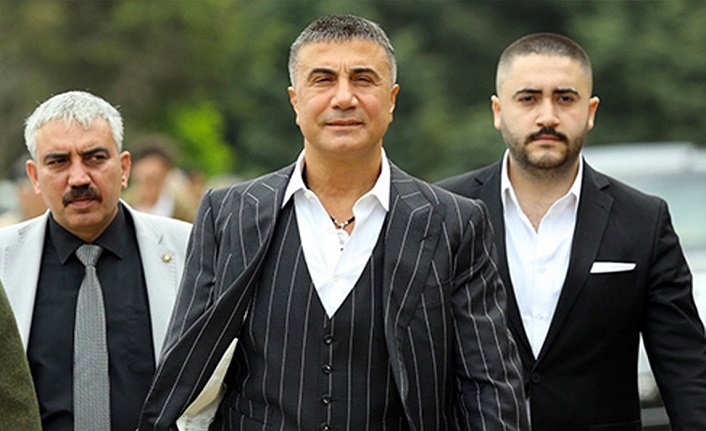 The videos are set in a tidy hotel room, with props such as prayer beads and books arranged just so. Host Sedat Peker is garrulous, menacing and more than a little grandiose. His stories — about the nexus of organized crime and politics in Turkey — are earthquakes, rumbling dangerously close these days to the government of President Recep Tayyip Erdogan.

In the videos, released on his YouTube channel this month, Peker, a convicted crime boss who says he lives in exile in Dubai, has implicated current and former Turkish officials, their relatives and other prominent figures in grave crimes, including murder plots, rape and drug trafficking.

Turkey has been riveted by the allegations and the boldfaced names. The videos are a sensation, each one eagerly awaited, all earning millions of views.

The deluge of dirt has set off a crisis for Erdogan’s government, brought demands for investigations and even calls for the resignation of the interior minister, a star of Peker’s videos. None of the accusations have directly implicated Erdogan, whom Peker refers to as “Brother Tayyip.” But the mobster’s claims have undercut assertions by the government that it has shed the kind of underworld affiliations that characterized eras in Turkey’s past.

The allegations have compounded the president’s woes as his popularity slips amid an economic downturn and the coronavirus pandemic. The crisis may be far from over: Peker, who has released seven videos, says there are five more to come. “When I speak, it will be loaded,” he says in one of the videos.

Erdogan obliquely addressed the scandal last week, as spectacle was giving way to outrage. “When we took over administration of the country 19 years ago, one of the most important things we did was to ensure peace in all parts of our country,” he said after a cabinet meeting. “Thanks to our determined fight, we have completely eliminated criminal organizations from haunting our country.”

But analysts say the videos have only reinforced fears of a resilient bond between Turkey’s underworld and politicians, a phenomenon that burst into public view during a scandal more than two decades ago.

Known as the Susurluk affair, it unfolded after a fatal car crash in 1996 in western Turkey. The assortment of characters discovered in one of the vehicles — including a convicted heroin smuggler, a member of parliament and a police official — laid bare the nefarious associations between the underworld and the state, as well as the government’s use of right-wing death squads against adversaries.

The ensuing controversy, which resulted in the resignation of the interior minister and the firing of police officials, has echoed in the present, during the storm surrounding Peker’s claims.

But Peker, who rose to prominence in the late 1990s, is also a product of a more recent phenomenon: the fragmentation of state institutions under Erdogan’s increasingly authoritarian and centralized rule, said Sinem Adar, a Berlin-based analyst at the Center for Applied Turkish Studies.

“In the 1990s, the state still had some upper hand over these underground networks, which served its purposes,” she said. “In the last decade, it feels like the mafia has penetrated more into the state, and it’s not clear who has the upper hand.”

A failed coup in 2016 against Erdogan upended Turkey’s politics, spawning a massive crackdown against the government’s perceived enemies, the formation of new alliances within Turkey’s ruling circles and an overall deterioration in the rule of law, Adar said.

Now, “there are cliques competing with one another,” she said. “They do that with the help of crime leaders.”

Peker, 49, has served several lengthy prison terms, including for “establishing a criminal organization.” After his last release, in 2014, he cultivated an image as a suit-wearing business executive and a fervent government supporter, participating in rallies for Erdogan’s Justice and Development Party, or AKP.

In 2016, Peker released a statement attacking academics who had signed a petition calling for peace in Turkey’s Kurdish-majority southeastern region — at a time when the government was also denouncing the academics.

“We will drain buckets and buckets of your blood and shower in it,” Peker said.

In his recent videos, Peker has dropped the suits in favor of white shirts with open collars. His monologues are theatrical, with dramatic crescendos, long pauses and manic laughter. A desk where he sits is adorned with books about Leon Trotsky and Bob Dylan and several by Mario Puzo. Sometimes when he speaks, Peker refers to notes.

Part of what has made Peker’s claims so damaging are his purported confessions of his own role carrying out criminal acts on behalf of powerful figures.

Interior Minister Suleyman Soylu has been a central character in the videos. Peker alleges that the two had a relationship and that the interior minister protected the mob boss, including by providing him with a security guard. Soylu, during an appearance on state television last week, denied that he had provided Peker with protection.

Rusen Cakir, founder of Turkey’s independent Medyascope news outlet, said in an online commentary last week that Soylu’s defense during his television appearance lacked “confidence.” The interior minister “was not able to form answers to questions that were posed to him,” Cakir said.

Turkey’s establishment, he added, was “struggling to deal” with the mobster’s allegations. “With just a tripod and a cellphone,” Cakir said, Peker has been “very effective.”

In one of his early videos, Peker alleged that Tolga Agar, an AKP lawmaker, raped a female journalist two years ago who was later found dead, in what was reported as a suicide. Agar — the son of the disgraced former interior minister in the Susurluk affair — denied the accusation in a statement posted on Twitter, calling it “slander.”

In another video, Peker claimed that men working for him were involved in attacking the offices of Hurriyet, a Turkish newspaper, in 2015 after receiving a request to do so from an unnamed AKP member of parliament.

The latest video, released Sunday, alleges that the son of former prime minister Binali Yildirim was involved in a trafficking scheme to bring cocaine from Venezuela to Turkey.

Yildirim, a close ally of Erdogan, said in a statement that Peker’s claims were “definitely slander, lies and I strongly reject it. To mention us side-by-side with drugs is the biggest insult.” Yildirim added that his son, Erkan Yildirim, had indeed traveled to Venezuela, but only to distribute items such as surgical masks.

Peker has suggested at least one motive for releasing the videos: a police raid on his home in April, while his wife and children were present. In one of his monologues, he alleged that male police officers searched his wife’s underwear drawer.

Whatever Peker’s reasons, his accusations are becoming harder for the government to avoid. On Friday, a reporter for the Anadolu news agency, a part of the state media, asked ministers appearing at a news conference on an unrelated topic about the allegations against Soylu and others.

Everyone, even “children, are talking about this in the bazaar, in the markets, in the metrobus,” the reporter, Musab Turan, said. “Does our government have a plan for this?”

Soon after the news conference, Anadolu reported that Turan had been fired and was being reported to prosecutors on suspicion of belonging to a terrorist group.

Kareem Fahim is the Istanbul bureau chief and a Middle East correspondent for The Washington Post. He previously spent 11 years at the New York Times, covering the Arab world as a Cairo-based correspondent, among other assignments. Kareem also worked as a reporter at the Village Voice