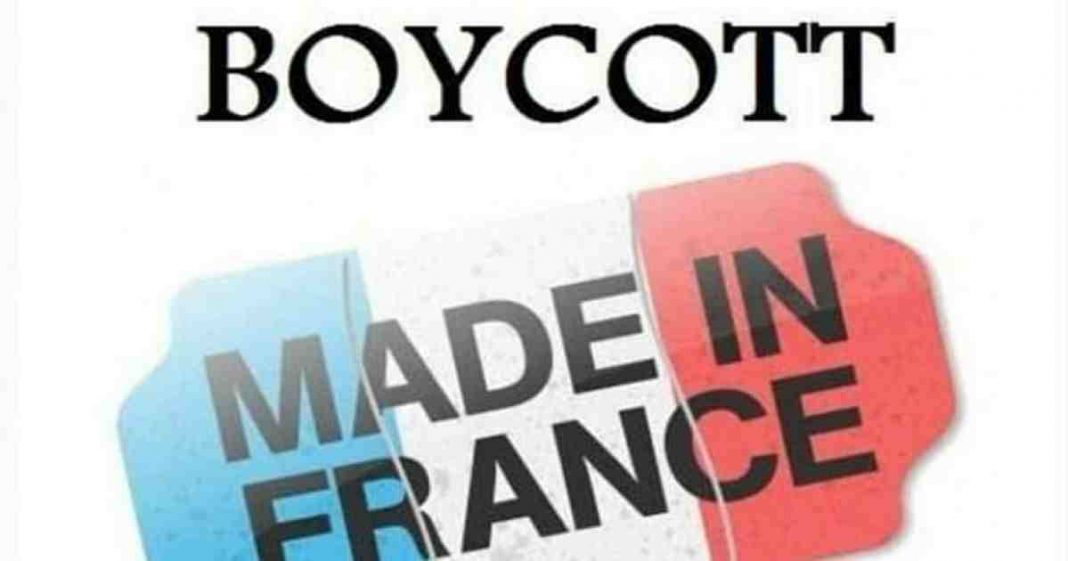 The pressing economic grievances of the Turkish public and deep-rooted business links with France are likely to far outweigh any Turkish enthusiasm to boycott French goods.

Amid a simmering row with his French counterpart, Turkish President Recep Tayyip Erdogan has urged the nation to boycott French goods, but few are likely to heed his appeal as economic turmoil is Turks’ real preoccupation and many owe their jobs to joint ventures with the French.

To many Turks, Erdogan’s bashing of French President Emmanuel Macron resonates as an attempt to distract the public from the country’s economic woes, which have snowballed since 2018, when Erdogan assumed sweeping powers as an executive president.

The COVID-19 pandemic has badly compounded Turkey’s economic turmoil, fueled by the dramatic slump of the lira since mid-2018, with Ankara struggling to come up with solutions. Central Bank reserves have fallen to unprecedented lows amid a flight of foreign investors — a sign of their waning confidence in the Turkish economy. The price of the dollar shot up to more than 8.3 liras in the last week of October, surging about 46% over a year. The chief impact of the currency tumult has been to fan consumer inflation, which is around 12% at present. The unemployment rate has reached 30%, according to alternative calculation methods deemed more realistic than the official ones, which have shown decreases in joblessness numbers despite the pandemic. Popular grievances are growing louder, echoing even at Erdogan’s own rallies. Earlier this month, the president memorably advised, “The duty of the faithful in times of privation is to be patient.”

It was against such a domestic backdrop that Erdogan called for a boycott of French goods in an escalating row with Macron over France’s toughening stance against radical Islam. Bad blood had already run thick between the two leaders, with Ankara and Paris sharply at odds on a range of issues, including Syria and the eastern Mediterranean.

Addressing a gathering of his Justice and Development Party (AKP) Oct. 24, Erdogan suggested Macron was mentally unstable, prompting France to recall its ambassador from Turkey. Erdogan responded with a boycott call two days later. “Just as [people] in France are being told to not buy Turkish brands, I’m now calling on my nation to not buy French brands,” he said.

French officials rejected Erdogan’s claim of a boycott of Turkish goods in France and also ruled out retaliation, asserting they would maintain ties with Turkey.

At home, a combination of factors, including the nature of Turkish-French economic links and the pressing grievances of the Turkish public, seem to preclude the prospect of a consequential boycott. A large part of the populace lacks the motivation to join such a protest, overwhelmed by day-to-day livelihood struggles that fuel exasperation with the government. Moreover, the goods of many French brands are manufactured in Turkey, so boycotting them would mean undermining their local production — something that few would be eager to do at a time when the army of jobless is growing.

Turkey has recently become a net exporter in its bilateral trade with France, meaning that it exports more than it imports, unlike earlier periods. In 2013-2019, for instance, Turkey’s exports to France averaged $7 billion per year, while its imports were worth some $8 billion. In 2019 and in the first eight months of 2020, the trend reversed, with Turkey’s exports exceeding its imports by $1 billion on a yearly basis.

Yet the main factor that puts Turkey on par with France is its half-century partnership with French car-making giant Renault. Remarkably, the Turkish side in this key partnership is OYAK, the pension fund of the Turkish military.

OYAK holds a 49% stake in the joint venture, while the majority 51% stake belongs to the Renault-Nissan group. The OYAK-Renault Automobile Plants in Turkey manufacture and export Renault’s passenger cars, engines and other mechanical parts. The company is Turkey’s leading car manufacturer, contributing nearly 35% of the car production in the country last year. OYAK-Renault is also Turkey’s top automobile exporter, with about 300,000 cars sold overseas in 2019. MAIS, another branch of the partnership, is active in the retail and after-sale services of automobiles and light commercial vehicles at home, while other joint companies operate in the fields of car financing and rentals. MAIS is the leading passenger-car seller in Turkey, with more than 78,000 sales last year. The Renault car brand has remained the favorite of Turkish consumers for two decades.

Textiles, clothing, cement and concrete stand out as other major products that Turkey supplies to France through joint ventures.

A significant number of Turks continue to work at Turkish-French facilities and related commercial and service businesses, and a significant part of what they produce is being sold to France.

As for the tourism sector, foreign visitors from France totaled 875,000 last year, accounting for about 2% of the 45 million foreigners visiting Turkey. The number represents a downtick in terms of percentage. In 2004, for instance, the nearly 550,000 French visitors made up 3% of the 17 million foreigners who traveled to Turkey. Nevertheless, the French retain their importance for the Turkish tourism industry.

All in all, the boycott call is unlikely to generate much support in an economic setup that relies prominently on French capital, investment and consumption, especially at a time when vital livelihood issues are plaguing the Turks.