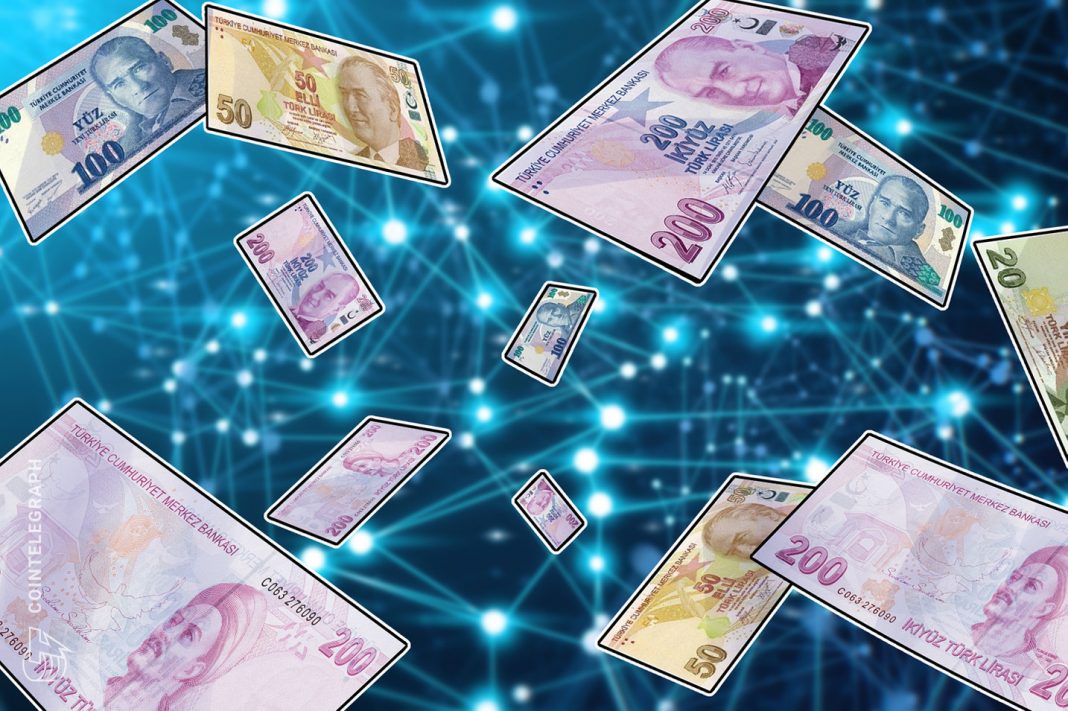 Down about 30% since the start of 2020, the lira was trading at record lows of about 8.53 per dollar and nearly 10 per euro at 5 p.m. in Istanbul Tuesday. The currency’s ongoing devaluation comes amid inflation concerns, recessionary pressures spurred by the COVID-19 pandemic and possible impacts of the US presidential election.

The developments come as the Turkish Statistical Institute (TurkStat) reported Tuesday annual inflation increased to 11.89% in October, up from 8.55% year-on-year. Food costs were among the key drivers of consumer price increases last month, rising 16.5% for the year from 14.95% in September.

Meanwhile, producer prices rose 18.2% year-on-year, the highest rate increase since July 2019. Selva Demiralp, a professor of economics at Koc University and director of the Koc University-TUSIAD Economic Research Forum, said other sectors that registered the highest monthly increases were clothing and home appliances.

“One can see the demand for home appliances and clothing [rising] in anticipation of future price increases due to the anticipated depreciation of the Turkish lira,” Demiralp told Al-Monitor. “In addition, we observed the COVID effect is dragging demand.”

The lira’s devaluation accelerated following an Oct. 22 decision by Turkish Central Bank policy-makers to hold a key interest rate steady amid market pressures in favor of backdoor monetary tightening policies that have increased borrowing costs. The move caught Turkey watchers by surprise after a previous rate hike in September was read as a signal the Central Bank would make further rate hikes to tackle inflation.

Turkish President Recep Tayyip Erdogan has long expressed views against raising interest rates to combat the nation’s double-digit inflation and analysts believe his stance has restricted policy-makers’ ability to reel in the Turkish lira as its value dropped in recent months.

While speaking Saturday in the eastern Turkish city of Van, Erdogan said the nation was waging a war against a “devil’s triangle” of exchange rates, inflation and interest rates.

“Our response to those who work to besiege our country in the economic sphere is a new war of economic liberation,” Erdogan said Saturday.

Against this backdrop, foreign investors have been pulling away from Turkish markets, putting pressure on the lira and spurring high rates of dollarization among citizens seeking to protect their savings. Timothy Ash, an analyst at BlueBay Asset Management, said recessionary and deflationary forces are creating a “vicious cycle” in which high inflation is causing increased dollarization and further weakening the currency.

“Inflation is way too high,” Ash told Al-Monitor. “The fundamental problem in Turkey is monetary policy, which is wacky. There’s no other way to describe it. There’s a fundamental lack of confidence in the Central Bank.”

Ash added that downward pressure on the lira would be difficult to reverse without significant interest rate hikes to restore investor credibility in Central Bank monetary policies.

The next Central Bank meeting on interest rates is currently scheduled for Nov. 19. In the meantime, concerns remain over Turkey’s widening foreign trade deficit, which grew by nearly 190% in September year-on-year. The tourism sector also saw a steep decline as a result of the COVID-19 pandemic, falling by 70% between July and September.

Turkish Treasury and Finance Minister Berat Albayrak said in a tweet Monday the nation’s manufacturing sector showed promising signs after exports rose 5.6% year-on-year in October. Albayrak added the ministry had kept inflation below pre-pandemic level of 12.37% and he maintained a goal of reducing inflation to single digits in 2021.

In reviewing the latest inflation data, Erik Meyersson, a senior economist the Swedish bank Handelsbanken, said he was struck by the limited impact foreign exchange rates and producer price inflation have so far had on consumer price inflation.

“Both of these measures are moving toward 2018 annual rates of change, but inflation remains sticky at just under 12%,” Meyersson told Al-Monitor. “That strikes me as odd from a statistical point of view and raises questions either about what is to come or the quality of TurkStat’s statistics.”

Meyersson also noted a cumulative 600 basis points of backdoor monetary tightening measures since the summer appeared to have fallen short of reversing the lira’s rapid depreciation. As a result, he said investors are reportedly asking for higher risk premiums.

“Inflation expectations have de-anchored even from the single-digit inflation target that the government has been touting in past years,” Meyersson told Al-Monitor. “And neither the Central Bank nor the Finance Ministry appears to show any sign that they appreciate the seriousness of the matter.”

Questioning the Central Bank’s independence to act, Meyersson said current dynamics will likely perpetuate high inflation and unemployment rates. Turkey observers have also raised questions of whether a victory by Democratic candidate Joe Biden in Tuesday’s US presidential elections would increase the likelihood that Washington imposes sanctions on Ankara for its July 2019 acquisition of Russian-made S-400 missile defense systems, a move that could further rattle the Turkish economy.

Back on the domestic front, Demiralp said the COVID-19 pandemic has been one of the main recessionary forces this year, deeply impacting Turkey’s entertainment, transportation, restaurant and hotel sectors.

“What is very unfortunate is the fact that despite a significant drag on the economy due to COVID, we still cannot offset the effects of inertia and the exchange rate,” Demiralp told Al-Monitor.

She added, “This is the most critical problem for the Turkish economy at the moment because despite weak growth, the [bank] does not have any more room for accommodative policy when the inflationary risks are dominant. This tension is reflected on the exchange rate.”