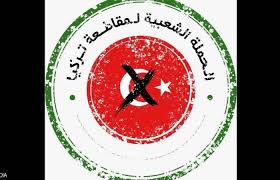 Ankara worries that the “unofficial boycott” is just the start of increased acrimony with Riyadh.

“We have been spiraling deep down the rabbit hole since the Syrian civil war started in 2011,” a senior bureaucrat working for the security establishment told Al-Monitor. “We tried to mend bridges with Saudi Arabia, hoping to isolate Abu Dhabi — hoping that when the embargo against Qatar ends, we will continue on good terms with Riyadh.”

This conversation took place a few minutes after Numan Kurtulmus, deputy chairperson of the Justice and Development Party (AKP), made harsh comments on television Oct. 18 about the Saudi boycott of Turkish goods. “We just laugh at some countries’ boycotts and move on. They should first learn to exist as an independent country,” said Kurtulmus. This was the first official reaction to the unofficial yet quite caustic boycott led by Saudi Arabia.

The economic impact of the boycott is likely to be felt in Turkey, as Riyadh’s sphere of influence easily reaches over to Morocco, Jordan, Egypt, the United Arab Emirates and potentially other Gulf countries. It also includes international brands, particularly but not only textiles, which are produced in Turkey. Saudi Arabia has asked its citizens and businessmen to cut all interactions with Turkey, from investments to tourist-related trips. In an already depressed economy, such a boycott could be harmful to some Turkish industries.

However, there are three other concerns that deeply worry Ankara’s suits about aggregated Saudi anger.

First, it is a major blow to Islamist government ideals overall. The Turkish president has always valued the kingdom as it represents the holy land for Muslims. He frequently visited Saudi Arabia and posed in religious garb while touring the holy sites of Islam. Indeed, the opposition has criticized Erdogan for his ritualistic umrah trips before each election with his media entourage. Erdogan’s love for Riyadh was so deep that Turkey declared an official day of mourning for the death of Saudi King Abdullah bin Abdulaziz in 2015. The AKP’s Islamist leaders took pride in rolling out the red carpet for Saudi officials despite strong domestic criticism for years. Turkey has gotten tangled up in Syria with strong support from Riyadh to overthrow the Assad family and generate a bulwark against the Shiite crescent. However, nine years of war have pushed Ankara and Riyadh to opposite corners. Erdogan is now facing the difficult challenge of realizing a blunt and irreversible foreign policy failure. As a man who can take a political beating, the Saudi punch has landed heavily on Erdogan simply because it is the one country in the region that gave legitimacy to Erdogan’s Islamist dreams. Today, Kurtulmus has openly labeled Saudi Arabia “pro-American.” This is the kind of criticism against the kingdom we frequently hear from Tehran, not Ankara.

That connects with Ankara’s second major fear: Saudi Arabia’s power to manipulate the precious hajj quotas. For decades, Riyadh has politicized the hajj management system, banning Muslim leaders and countries effectively by minimizing or eliminating their entry visas for the annual pilgrimage. For example, Tunisian leader Rachid Ghannouchi has been banned for nine years. The Saudi-led embargo against Qatar also meant a three-year ban from hajj for Qatari citizens. Turkey fears Riyadh might utilize the hajj card, either minimizing or eliminating quotas for visas or harassing Turkish pilgrims during their visit. Plus, this action alone may have serious economic repercussions for Ankara. Umrah and hajj organizations are a major source of income for Turkey’s notorious Religious Affairs Directorate (Diyanet).

A possible ban is a major concern for the AKP’s voter base and elites. For decades, the black market of hajj visas has benefited senior AKP officials. It is an open secret that most AKP parliamentarians, bureaucrats and cronies have completed the pilgrimage as VIP guests.

An owner of a tourism agency who has worked to organize annual hajj trips told Al-Monitor on the condition of anonymity, “Regular people wait for a decade or more for the visa to do hajj. Premium or VIP Muslims get all the paperwork done for themselves as well as their families in 15 days. These are people connected to the government. They do not have to wait for a lottery. They even bring their young kids on these trips. And for umrah (the year-round visit to holy sites in Mecca and Medina) it is even quicker. These trips are the perks of being an AKP elite.” Indeed, AKP officials’ umrah trips have become so frequent that in January 2020 Erdogan told AKP members, “This [Mecca and Medina] is not Antalya; you turned umrah visits into touristic trips. From now on, whoever wants to go should seek permission from me.”

If Riyadh issues a ban on AKP officials or Turkish leaders for hajj and umrah, that will be a serious blow to Ankara’s Islamist claims.

The third concern of Ankara keeps serious analysts awake at night. That is Riyadh’s power and reach over mosques and religious groups inside Turkey and Europe. Although Saudi Arabia’s aid distribution globally is expected to decrease, Gulf countries’ ability to challenge Muslim Brotherhood groups in Europe is potent.

The bitter rivalry in Europe could be mirrored inside Turkey as well. The number of Salafi groups has flourished in Turkey in the last decade. After Turkey’s involvement in Syria, increasingly porous borders and Ankara’s blind love for the Muslim Brotherhood has made the vetting process rather loose. Ankara has welcomed individuals and groups before its intelligence and security apparatus could understand their goals. These groups have been tolerated as they have not been vocal against Erdogan, but their presence is like a ticking time bomb. To make matters worse, they have benefited from lax gun ownership rules since the July 15 coup attempt. Ankara’s suits know that several groups have flourished and reformed in the last decade. Their connections to other Salafi groups and how susceptible they are to Saudi or Emirati influence is the part that they are trying to gauge now.

Pinar Tremblay is a columnist for Al-Monitor’s Turkey Pulse and a visiting scholar of political science at California State Polytechnic University, Pomona. She is a columnist for Turkish news outlet T24. Her articles have appeared in Time, New America, Hurriyet Daily News, Today’s Zaman, Star and Salom. On Twitter: @pinartremblay