Biden Should Cut the Gordian Knot With Turkey – Bloomberg 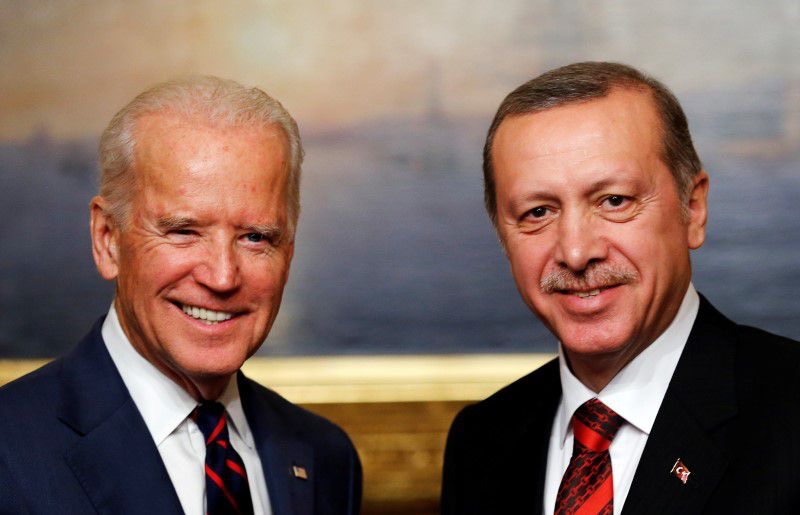 Erdogan has long since dropped the pretense of friendship with the West.

Turkey has long since abandoned the West. Its president, Recep Tayyip Erdogan, has aligned his country with an axis of powers openly hostile to Western interests: China, Russia and Iran. This is his prerogative as a popular, elected leader.

But Erdogan also craves the protection of the West’s military partnerships and membership in its economic associations. He wants Turkey to remain within the North Atlantic Treaty Organization even as he buys weapons systems that undermine the alliance’s security and hurls insults at heads of member states. And he seeks “mutual trust” with the European Union even as he threatens to flood it with millions of migrants.null

The West should respond by demonstrating that its tolerance for Turkish truculence is at an end. The best forum to do so is NATO, where patience for Erdogan is already wearing thin. The alliance’s first summit since President Joe Biden’s swearing-in takes place next week, and he is scheduled to meet Erdogan on June 14.

Erdogan has deployed especially bellicose oratory against the U.S. Such hostility was met with amused tolerance by President Donald Trump, who showed little interest in American leadership. Now that Biden has said he will resume that responsibility, he should make it clear to Erdogan that Turkey can’t have it both ways.

Biden has had plenty of opportunities to size Erdogan up over the years, and he has clearly concluded that the Turkish leader is an autocrat. Turkey, he has said, has “got to understand that we’re not going to continue to play with them the way we have.”

Turkey is already testing this assertion by ratcheting up the rhetoric. Interior Minister Suleyman Soylu has openly accused the U.S.of ordering a failed 2016 coup attempt against Erdogan, and claimed Europe was enthusiastic in its support. This goes well beyond previous accusations, some aired by Erdogan himself, that the U.S. had sided with the coup plotters.

In fact, Biden was vice president at the time of the coup attempt, and flew to Turkey to assure Erdogan of American support. Although Ankara has conducted exhaustive investigations into the events, and arrested thousands of people, it has not provided a shred of evidence that the U.S. or Europe were in any way involved. Yet Erdogan hasn’t thought to correct his minister’s charges, much less chastise him.

As for NATO, Turkey has brushed aside its repeated warnings against acquiring Russian missile-defense systems, and is in fact proposing to buy even more. It has ratcheted up disputes with alliance members Greece (over hydrocarbon exploration) and France (over the Libyan civil war). More recently, it used its membership to further Moscow’s agenda by insisting that NATO water down its criticism of Belarus for the forced landing of an airliner and seizure of a dissident on board.

NATO’s founding charter doesn’t allow for members to be expelled, but Turkey can be told in various ways that it’s no longer wanted as a member. A good start would be to reduce the alliance’s footprint on Turkish soil, starting with the withdrawal of nuclear weapons and other strategic assets. The group can also coordinate punitive measures against Turkey, including the suspension of arms sales and economic sanctions. The European Union should underline the message by confirming it has no intention of reviving the long-stalled talks over Turkey’s accession.

Biden could back NATO with unilateral American measures. His administration has already indicated it may extend sanctions on Turkey’s defense industry and will uphold the country’s suspension from the F-35 fighterprogram. Secretary of State Antony Blinken has said even tougher penalties would be considered. This would be welcomed by Congress, where a bipartisan consensus on punishing Turkey had been frustrated by Trump’s tendency to cut Erdogan ever more slack.

The site where Alexander ran his sword through the Gordian knot is an hour’s drive from modern Ankara. Cutting Turkey loose from the West should be a more straightforward undertaking.