Biden vs. Erdoğan: countdown to ‘the day of reckoning’ – Yavuz Baydar 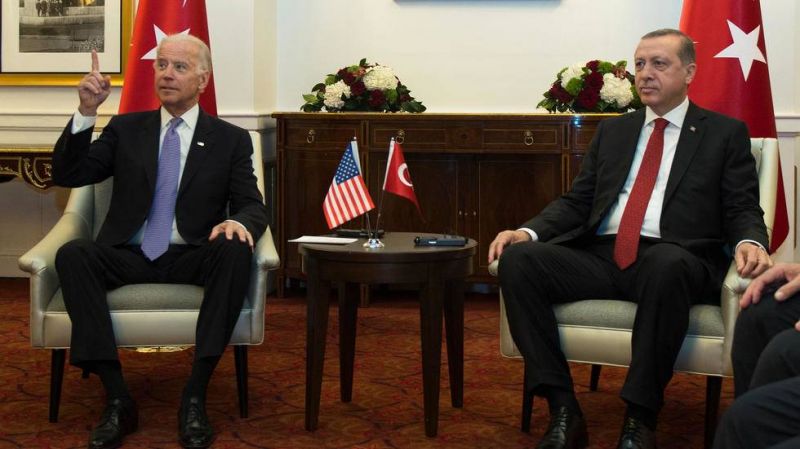 We have entered a very critical week, with an agenda set on the state of Turkey’s-relations with the United States, and NATO, as well as Turkey’s future.

Scheduled to meet at the NATO summit in Brussels on June 14, both President Biden and President Erdoğan are being prepared for a session promising to be tense, inevitably so due to the years-long political choices made by the latter, and his allies and circles holding power in Ankara.

According to Biden’s National Security Adviser, Jake Sullivan, the meeting will likely include Syria, Iran, Afghanistan and Turkey’s purchase of S-400 air defence missiles, which was denounced by the United States and NATO.

And the rule of law…

Erdoğan’s recent “limited retreats” in some foreign policy areas, and “charm offensives” vis-a-vis Greece, Egypt and France and may be tactical, thus illusory.

His intention in the Brussels meeting will be as follows: Cite the ages old Kurdish allergy of the state he represents, focus on the YPG and PKK issues in Syria and Iraq, with the hope that it will pave way to a horse-trading, in exchange for him giving up on S-400’s.

His endgame will remain unchanged. Turkey’s strongman will insist that Biden will acquiesce to his autocratic regime’s continuity, in exchange for a transactional relation and the “services” expected by his ally in regional policy matters and in the context of NATO.

And old-school negotiator, and a master of surfing on the series of crisis he triggers, Erdoğan will surely aim at having as bargaining chips as many as possible.

This explains why he has been tightening the screws at home. He shows no signs of loosening his grip on the judiciary, media and has raised the stakes higher by having a closure case opened against the pro-Kurdish HDP party.

Squeezed in a corner by the multi-layered crisis at home and the recent shocking revelations by a mobster “gone rogue”, Erdoğan will also be likely to gamble hard with Biden on the presumption that “Western powers will not allow Turkey, a part of G-20, to collapse economically”.

In order to survive politically, he is obliged to maintain the current alliance with his fiercely anti-Western political ally, Devlet Bahçeli, the leader of the ultra-nationalist MHP. This increases the burden on Erdoğan’s shoulders.

If he “gives in” on releasing the oppressive grip he has on the opposition and the media, as well as accepting concessions on softening his offensive foreign policy stand, he knows he will risk losing Bahçeli’s backing.

Part of his tactics in Brussels, therefore, will have to be to play on time, extending his power until next year, when the COVID-19 crisis fades, he hopes, as he revives the economy. By then, he will also be prepared to win to elections with an engineered voting and counting system. Biden may, whether he likes it or not, end up giving Erdoğan a green light on extending his power for another five (or even more) years, cementing his autocratic order.

Facing Erdoğan will be a tough task for Biden. He will talk to a leader, whose power increasingly is described as the cause of a “failed”, “rogue ” and “mafia state”.  But Biden and his team also know that Erdoğan only backs off when spoken to a tough language and decisive action.

Will Biden manage to set an example of promotion of democracy with an ally, who is responsible of an enormous democracy deficit at home and an unending turbulence in the region?

The task is tough indeed. “How to change Turkey’s behaviour without devastating its economy or causing a per­manent rupture?” was a question posed, after the election victory of Biden was clear, by Nicholas Danforth, an insightful analyst on Turkey.

“Biden will want to preserve a sound diplomatic and security relationship with Turkey, to the extent possible – but it may not be possible,” wrote Alan Makovsky, another senior analyst with deep knowledge of Turkish politics, in an emphasis that applies even more today.

“The Biden Administration will almost certainly let Turkey know early on what is expected of it… (but) the wild card will be how Erdoğan – now seemingly bent on an asser­tive, nationalist, and independent for­eign policy and a role as a leading regional power, and seeing these ambitions lashed to his domestic political prospects – will respond.”

To sum up, as we count down to next Monday, we are undoubtedly headed for a decisive confrontation and a watershed moment.