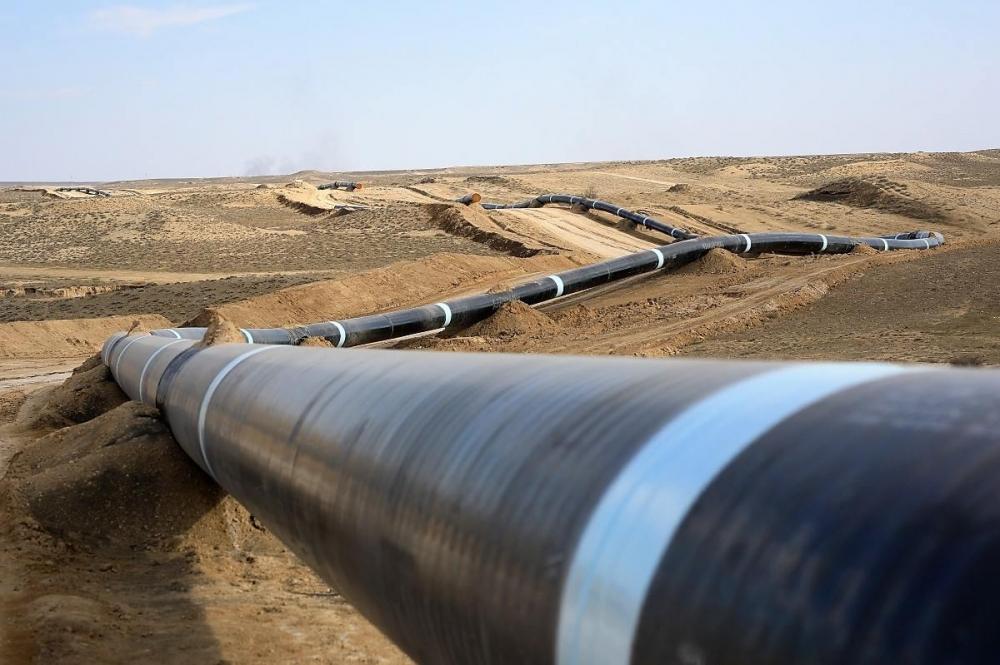 « Russia has cut gas exports to Bulgaria, leaving Sofia looking to Ankara, which has some tough decisions to make » says David O’Byrne in Al-Monitor.

Russia’s decision to halt gas exports to Bulgaria on April 27 has left Sofia looking to its next-door neighbors Turkey and Greece to help bridge the gap.

Turkey boasts direct pipeline connections to Bulgaria and Greece, both of which could be used to supply Bulgaria, but a number of technical and legislative issues will have to be overcome first. More importantly, Ankara will have to decide whether it wants to risk angering Russia, Turkey’s biggest gas supplier, by helping a country Moscow is in dispute with.

Moscow closing the taps came as no surprise.

Russia’s invasion of Ukraine has seen the European Union, which Bulgaria joined in 2007, respond with a range of punitive sanctions that have seriously jolted the Russian economy.

In a decree issued on March 31, Russian leader Vladimir Putin announced that what he described as « unfriendly countries » should pay for the gas they buy from Russian state gas exporter Gazprom in roubles, a move intended to bypass EU sanctions and help support the Russian currency.

The EU confirmed May 1 that it would not back down and warned member states to ready themselves for the same cut in supply as Bulgaria.

Responding to the cut, Bulgarian Prime Minister Kiril Petkov vowed that « Bulgaria will not give in, » while Energy Minister Alexander Nikolov has identified Turkey and Greece as possible sources of replacement gas, with Nikolov hinting at discussions over imports of liquefied natural gas (LNG).

Bulgaria’s gas consumption is low at less than 3.5 billion cubic meters a year. Most of it was supplied by Russia, with a smaller amount coming from Azerbaijan via Turkey and Greece through pipelines already at full capacity.

Bulgaria’s Russian gas imports could be replaced by gas imported as LNG through Turkey and Greece, both of which have LNG import terminals and pipelines with spare capacity.

Turkey boasts a direct pipeline link with Bulgaria that is currently unused, as well as a larger capacity pipeline running to Greece that carries only tiny quantities of gas.

Both pipelines could transit gas imported via the LNG terminal operated by Turkey’s state gas importer Botas on the north shore of the Sea of Marmara or via a new floating LNG terminal Botas is developing on the Gulf of Saros close to the border with Greece. That plant is expected to start operating later this year, as is a second gas pipeline linking Greece and Bulgaria.

With all the necessary infrastructure either in place or imminent, Turkey is in an ideal position to supply Bulgaria with the gas it needs, but problems still remain.

« Technically it’s possible, but it would require cross-border agreements and some legislative changes, » explained Arif Akturk, an energy analyst and the former head of Botas’ gas purchasing department, pointing out that exporting gas from one country to another requires considerable paperwork.

And even with those agreements in place, there would be limitations. Turkey’s direct pipeline link to Bulgaria is currently unused and could carry gas from Turkey, but it’s also very close to Turkey’s highest gas-demand areas of Istanbul and Turkey’s industrial northwest.

« It would be possible in summer but winter in it would be very difficult, as both the LNG terminal and pipelines in Thrace are used to supply Istanbul, » Akturk told Al-Monitor.

According to Akturk, Turkey’s best option for supplying Bulgaria would be the little-used Turkey-Greece pipeline, constructed nearly 15 years ago with an annual capacity of up to 11 billion cubic meters — three times Bulgaria’s annual demand.

« The Turkey-Greece pipeline has plenty of spare capacity, » said Akturk, explaining that if Botas completes development of its floating LNG terminal on time, it could be used to import gas that could be transited to Greece and from there into Bulgaria.

He cautioned, however, that even then, one serious obstacle would remain: the need for legislative changes to ensure that any gas trade with Bulgaria goes smoothly.

As with the rest of Europe, Turkey has been grappling with the problem of wholesale gas prices, which were soaring to unprecedented levels even before Russia’s invasion of Ukraine.

With wholesale gas prices indexed in US dollars, that problem has been made more acute in Turkey by the collapse of the lira, which has fallen by 36% since last November.

With Turkish President Recep Tayyip Erdogan polling low and facing parliamentary and presidential elections in little over a year, the Turkish government has been aggressively subsidizing retail gas prices. That presents a problem because under Turkey’s gas market law, if the pipelines to Greece and Bulgaria are opened for new export contracts operated by Botas, private sector gas wholesalers and exporters should also be offered the chance to use the same lines.

As these are the same companies that Botas supplies with subsidized gas to supply Turkish consumers, there would be little to prevent them from exporting the subsidized gas to Greece, Bulgaria or other countries connected by the pipelines, netting a substantial profit but also potentially causing gas shortages in Turkey.

As with the need for cross-border agreements, tweaking the gas market law or introducing new legislation to ring-fence Turkish supplies shouldn’t present a significant problem. The question remains, however, whether Ankara will be prepared to make the necessary changes to supply gas to Bulgaria, a move that could potentially antagonize Moscow.

Turkey relies on Russia for the bulk of its gas supplies, with Moscow supplying 38% of the 13 billion cubic meters it imported during the first two months of this year, and has no alternative sources capable of supplying that volume in the short term.

With make-or-break elections looming next year and soaring energy prices continuing to stoke discontent, it remains to be seen how much importance Erdogan and his government place on the problems facing Turkey’s northern neighbor.