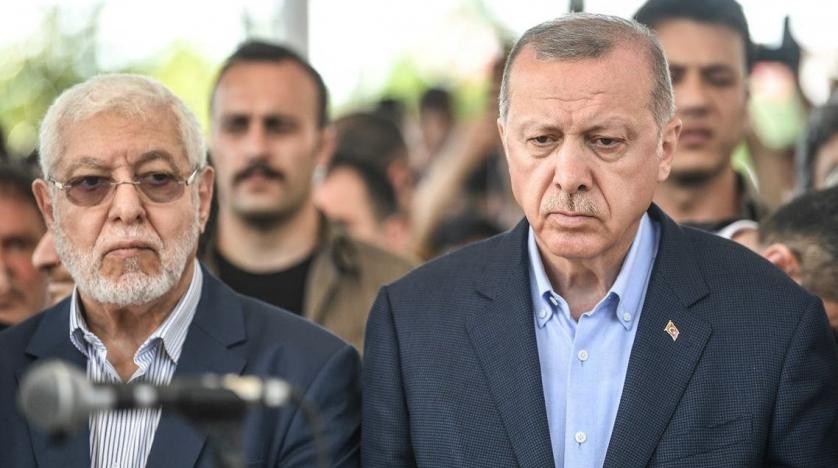 On 20 March 2021, the Acting General Guide of the Egyptian Muslim Brotherhood (MB), Ibrahim Munir, appeared on the Doha-based Al-Jazeera television station to speak about the rapprochement-in-the-making between Cairo and Ankara, which has raised eyebrows, and a storm of speculation, across the region. He seemed confident and very well-informed, telling his followers that no deal had been reached at their expense between Turkish and Egyptian governments. Turkey, he added affirmatively, would never expel members of the Egyptian Brotherhood from its territory. On that, Munir was right.

The Egyptian Islamist leader was echoing a line that had been peddled by Turkish authorities behind closed doors to its Egyptian MB guests. He added that he continued to trust Turkey, calling on his followers to do the same.[1] The fact that he was actually given airtime on Al-Jazeera, a long-time supporter of the MB, is in itself testimony that little has changed in Turkish-Qatari backing for the outlawed Islamist group. But he felt obliged to come out and speak in light of an avalanche of media reports about an upcoming Turkish abandonment of the MB, which sent shivers down the spine of many members of the Egyptian MB. One said that Turkey had muzzled thirty members of the MB, ordering them to stop speaking to the press. Another added that Egyptian Islamists in Turkey were being placed under house arrest in anticipation of their deportation, while a third claimed that investigations were underway into the bank accounts of Egyptian MB members based in Turkey.[2]

Many of these reports about Turkey turning on the MB were more fantasy than fact, however, either the doing of an imaginative journalists or anti-Brotherhood hopefuls—both categories well-represented in the Arab World. All of these reports were seemingly based on recent instructions from Turkish authorities to three Egyptian opposition channels broadcasting from Turkey, ordering them to tone down their criticism of Egyptian ruler Abdul Fattah al-Sisi. The three channels—El-Sharq, Watan TV, and Mekameleen—are all affiliated with the MB and they were threatened with penalties if they defied the order.[3] Immediately El-Sharq came out with a statement, apologizing to viewers for not airing an evening episode of a program called, “The Streets of Egypt,” which was usually dedicated to bashing the Sisi government.

Putting things into perspective was Yasin Aktay, an adviser to Turkish president Recep Tayyip Erdogan, who appeared on Al-Jazeera TV to deny that his boss had any intention of closing the three television channels or extraditing members of the Egyptian MB. Aktay described the backlash as “barking,” adding: “It is impossible for Turkey to extradite any person, neither to Egypt nor to any country that observes capital punishment”.[4] Prominent Egyptian opposition member Ayman Nour, who manages El-Sharq TV, added that Turkish authorities had asked them politely to amend their editorial policy towards Egypt, also denying an order to shut down his channel.[5]

Not that these statements did much good; the media speculation about a divorce between Erdogan and the MB continued to mushroom. One report said that a senior delegation had been created to revisit the residency permits of Egyptian Brotherhood members residing in Ankara and Istanbul since 2013. The Syrian Observatory for Human Rights (SOHR), which admittedly has a very spotty record when it comes to accuracy, added to the wave of speculation, saying that Turkish-backed fighters in Libya have been ordered to pack up and leave in a gesture of goodwill towards the Egyptians. The report added that 9,000 of them have already left the Libya battlefield and were flown out by Turkish intelligence.[6] At least one of those military groups, Faylaq al-Sham, is openly affiliated with the Syrian branch of the Muslim Brotherhood.[7]

Erdogan Will Not Abandon the Brotherhood

Expecting Erdogan to sell out the MB is akin to asking Iran to abandon Hezbollah or Russian ruler Vladimir Putin to withdraw his troops from Syria. It is wishful thinking that simply will not happen. The Turkish leader has built his entire foreign policy towards the Arab World on supporting non-state players like the MB, using them as pressure cards to destabilize governments and advance his own political ambitions. Without the MB he would lose his leverage in Egyptian, Palestinian, and Syrian affairs, eroding his recent victories in Libya, where he managed to thwart the military offensive of Khalifa Haftar last year, through MB-affiliated mercenaries. He needs Hamas to maintain a threshold in the upcoming Palestinian elections, and their Syrian comrades to keep the territory that he grabbed in Syria during the years 2016-18.

Abandoning these proxies would be akin to Erdogan shooting himself in the foot, depriving himself of a reliable tool of state policy that he has used, time and again, to influence events in the Arab World. And we need to ask what Erdogan will get in return for such a suicidal policy? Turkish-Egyptian economic relations are on the rise, but they were never suspended despite the political tensions. According to official figures, Egyptian exports to Turkey rose to $2 billion in 2018, slightly up from $1.9 billion in 2017, while Turkish imports stood at an impressive $2.3 billion.[8] With or without a U-turn on the MB, those economic relations are likely to continue. That, of course, is in addition to the fact that he is ideologically committed to the MB, where he started his career as a young politician. It must be remembered that not even the multi-state boycott of Qatar, succeeded in getting its young emir, Tamim Bin Hamad, to abandon Hamas and the MB or amend the pro-Islamist editorial policies of Al-Jazeera TV—and Qatar is much more vulnerable to pressure than Turkey.

Still, it does seem there is an Egyptian-Turkish rapprochement underway, motived by mutual interests and shifting regional dynamics related to the Biden Administration. Turkish-American relations are at all-time low after a recent decision by the White House to recognize the Armenian genocide that took place during the First World War.[9] Turkey is also already facing the threat of sanctions from both the European Union and the United States for, respectively, drilling in waters claimed by Cyprus and purchasing S-400 anti-aircraft missiles from Russia. Erdogan feels increasingly vulnerable and isolated, searching for regional and international allies. Many of those on whom he had relied for years are gone, including Egypt’s Mohammad Morsi, Omar al-Bashir of Sudan, and more recently, Fayez al-Sarraj of Libya.

Official admission from Ankara came on 12 March when Erdogan’s Foreign Minister Mevlüt Çavuşoğlu announced that talks have resumed with Egypt, at both an intelligence and political level, a significant breakthrough, no doubt, after years of tension and animosity resulting from the 2013 ouster of President Morsi, who was backed fully by Erdogan.[10] On 14 March, Egypt’s Foreign Minister Sameh Shukri confirmed that talks had indeed resumed, saying that Turkey’s statements of good will needed to be followed with concrete action for the normalization to move forward, explaining why Turkey floated the trial balloon of clipping the wings of the three MB-affiliated channels—as a confidence building measure with Cairo. But for those talks to move forward and bear fruit, Erdogan will have to do better than that, taking serious action against the MB, which—pending some radical, unforeseeable event—he will not do.

“The disengagement of President Erdogan from the Muslim Brotherhood is nothing but a balloon full of hot air,” said Abdullah Bozkurt, a Turkish journalist affiliated with the Turkish opposition Gulen movement. Speaking to EER, Bozkurt went on: “He may offer sacrifices [and] concessions, but his overall strategy won’t change,” concluding: “This recent posturing is not a strategic shift for him and his MB-minded political Islamists in Turkey. He will revert to his old policies openly as soon as the circumstances allow. In the meantime, he will continue lending his government’s support to the MB discreetly.”

European Eye on Radicalization aims to publish a diversity of perspectives and as such does not endorse the opinions expressed by contributors. The views expressed in this article represent the author alone.

A country outside of the global climate policy: Turkey

Bianet, May 21,2021, Ebru Voyvoda The global economic and social order is reshaping in the face of stagnation and climate crises. Turkey is strengthening the...
Read more