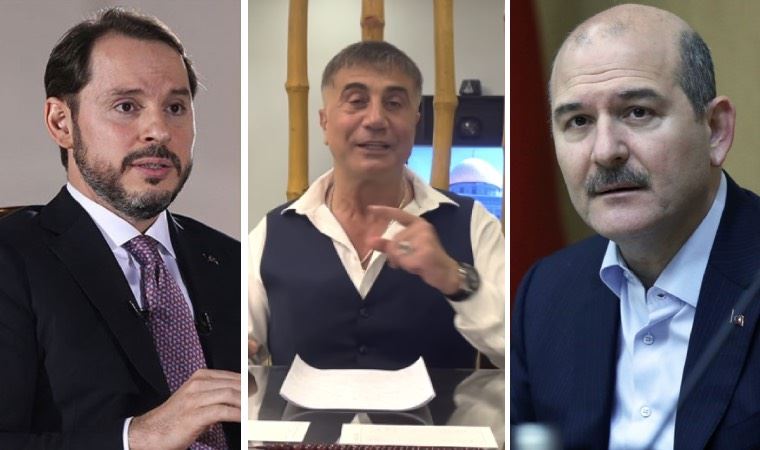 President Recep Tayyip Erdogan, already hampered by an economic crisis and a surge in coronavirus cases, is now battling allegations of corruption in his ranks.

Sliding in opinion polls amid a severe economic crisis and a surge in coronavirus infections, President Recep Tayyip Erdogan of Turkey is looking unusually embattled these days. And now his administration has been hit by a roiling corruption scandal that some say has a fin de siècleaura about it.

Even as the Israeli bombing of Gaza has filled their television screens over the past week, millions of Turks have been turning to YouTube to hear the latest extraordinary claims of a convicted organized crime boss, Sedat Peker, who is living in exile. In a series of videos over two weeks, Mr. Peker, who was found guilty in 2007 of organized criminal activity and is wanted again by the Turkish police, has flung accusations of rape, drug dealing and suspicious deaths against officials close to Mr. Erdogan.

“Do not doubt, I will teach some tyrants that there is no more dangerous weapon than a man who dares to die,” Mr. Peker said on Twitter, advertising the third video. “Deep Statists, Pelikanists, you will be defeated by a camera on a tripod,” he added.

The Interior Ministry, which raided Mr. Peker’s home in Istanbul in April as part of a broad investigation into his criminal network, has rejected his claims and said that it would continue its fight against organized crime. Mr. Soylu filed a criminal complaint on Monday against Mr. Peker over the accusations.

Undeterred, and speaking in a colloquial, devil-may-care manner, Mr. Peker released his fifth monologue on Sunday, mixing calculated revelations with the threat of further disclosures. He has been careful to avoid any direct accusations against Mr. Erdogan. But his descriptions of bitter infighting among rival groups around the president and of murky links between senior officials and the mob are nevertheless extremely damaging.

Sensing weakness at the helm, Mr. Erdogan’s political opponents have been quick to demand an investigation into Mr. Peker’s allegations. They have also drawn parallels to a damaging political scandal in the 1990s that revealed the deep ties between organized crime and the Turkish government.

“Every day a different Pandora’s box is being opened,” Ahmet Davutoglu, a former prime minister who fell out with Mr. Erdogan and set up the opposition Future Party, said in a statement this month.

“As seen in all longstanding governments that are coming to an end, there is infighting within the government,” Mr. Davutoglu added. “As the end of the tunnel is visible now, everyone is trying to secure the most powerful protection possible before reaching the end.”

Mr. Erdogan had no doubt expected the 2020s to be an era of crowning personal achievements that would raise him to the pantheon of Turkish leaders. A presidential system put in place in 2018 gave him overarching powers that he envisioned deploying to assure his re-election in time for the grand celebration of 100 years of the republic in 2023, making him the longest-serving leader of modern Turkey.

But things are looking increasingly difficult.

Despite Mr. Erdogan’s desire to forge a more assertive foreign policy, he has had to make several climb-downs on the international stage. Notably, after feuding for years, he has been forced to repair relations with Egypt and Saudi Arabia in an effort to save his economy. Just recently, he had to swallow President Biden’s recognition of the mass killings of Armenians more than a century ago as genocide. And in a further sign of his waning influence, Mr. Erdogan’s calls for Muslim solidarity on behalf of the Palestinians in their war with Israel have so far brought little result.

At home, as Turks have been hit by a painful economic downturn, rising prices and a sharp rise in coronavirus infections, Mr. Erdogan is now polling behind major rivals in a prospective presidential race. His extreme right-wing ally in the government, the Nationalist Movement Party, or M.H.P., is hemorrhaging supporters at an even greater rate to the opposition Good Party, which was founded by Meral Aksener, a former M.H.P. lawmaker.

“Turkey is no longer Erdogan’s country,” Murat Ucer and Atilla Yesilada wrote on Sunday in an article for GlobalSource Partners, which provides analysis on emerging markets. “The administration is also facing a rejuvenated and united opposition, which smells victory, or a wounded predator, limping away to safety, rather than the hunter that it was before.”

Mr. Erdogan, who often bides his time when trouble first arises in his administration but who is also known for acting with ruthless decisiveness, made his first comments on the Peker affair in a speech after a cabinet meeting on Monday.

“Nineteen years ago when we came to rule of the country, one of the most important actions we took was to bring peace everywhere in our country, where criminal groups, terror organizations and ideological struggle were rife,” he said.

“As we saved Turkey from the claws of patronage, coup makers, rapacious gunmen, domestic and foreign political agents who couldn’t tolerate democracy, every kind of gangs, we will foil this dirty script too.”

Mr. Erdogan’s Justice and Development Party, or A.K.P., was seen as a clean break from badly discredited predecessor governments when he took over as prime minister in 2003. Turkey had been rocked by a scandal in 1996 when a senior police official and a nationalist assassin and drug trafficker were killed in a car accident near the town of Susurluk, revealing close ties between the government, right-wing nationalists and organized crime.

The shock in Turkey of what became known as the Susurluk scandal was amplified by the realization that the mafia, far-right militias and the government had been divvying up national resources while acting under the guise of a vaunted nationalist struggle against Kurdish militants.

“The A.K.P. rose to prominence by positioning itself as the antithesis of that world,” said Asli Aydintasbas, a senior fellow with the European Council on Foreign Relations. “Erdogan made a name for himself cleaning up the deep state and organized crime.”

Yet, in the aftermath of the 2016 attempted coup against him, Mr. Erdogan turned for support to the nationalist movement, which came accompanied by its old networks of professional criminals and far-right nationalists.

“It looks like in the post-coup period they have come back,” Ms. Aydintasbas said.

Devlet Bahceli, leader of the M.H.P., one of the right-wing nationalist groups allied with Mr. Erdogan, denied any links to the mafia in comments on Tuesday.

Mr. Peker is not the only one with allegations of dirt against the government. Mr. Erdogan’s political opponents, sensing his growing vulnerability, have sought to expose allegations of corruption or abuse of power at every turn.

But Mr. Peker, with as many as four million viewers tuning in to his rambling, hourlong videos, is by far the most trenchant and damaging.

Among the unproven accusations he has tossed out are the illegal seizure of a marina by a government insider and the subsequent use of it for drug trafficking; the death of a woman who filed a complaint of sexual assault against a well-placed A.K.P. lawmaker; and even crimes that he said he committed himself at the behest of senior officials, such as instigating the assault of a former A.K.P. lawmaker, threatening university academics who signed a peace petition, and aiding Mr. Soylu, the interior minister, in his rivalry against Mr. Albayrak, Mr. Erdogan’s son-in-law.

Many of the allegations were directed against the former interior minister, Mr. Agar, and his son, who have both rejected the claims as baseless. The police have said that the woman who filed the sexual assault case had died in a suicide.

In an interview with the Turkish daily Cumhuriyet, Fikri Saglar, a former lawmaker, said, “We can call this the second Susurluk incident.” Mr. Saglar was a member of the parliamentary committee that investigated the 1990s scandal.

“It may be more serious,” he added. “Susurluk was like the foundations of exposing relations between politicians-mafia-the state, now traces of what this establishment has been doing are revealed.”

Carlotta Gall is the Istanbul bureau chief, covering Turkey. She previously covered the aftershocks of the Arab Spring from Tunisia, reported from the Balkans during the war in Kosovo and Serbia, and covered Afghanistan and Pakistan.