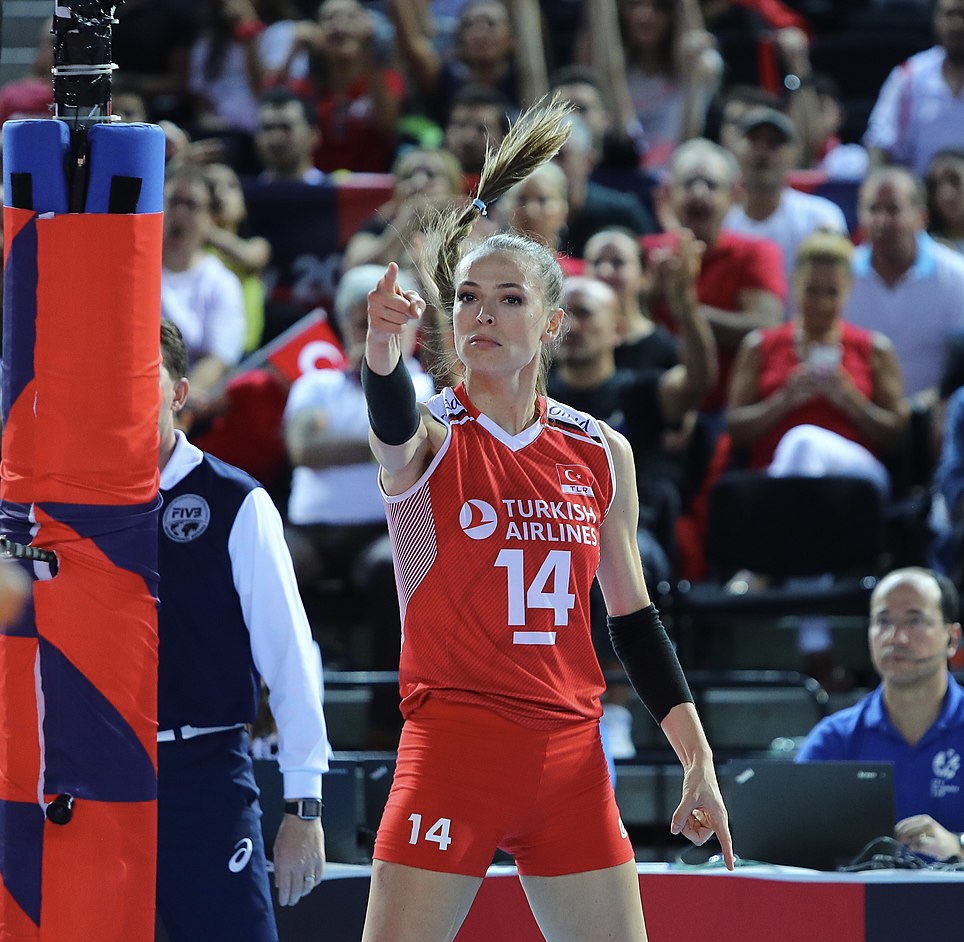 Following a victory by the Turkish women’s volleyball team over China at the Tokyo Olympics, the all-too-familiar debate on women’s decency and clothes raised its head when a cleric urged the players to observe modesty in dress and behavior.

The 3-0 victory over China by Turkey’s “Sultans of the Net,” the national women’s volleyball team, on July 25 at the Tokyo Olympics lifted national spirits and gave Turks a much-awaited victory on the international sports scene after a series of disappointments in soccer, the country’s most popular sport.

Turkish President Recep Tayyip Erdogan called the team captain, Eda Erdem Dundar, to congratulate her and the team and promised to watch their next match, against Italy, which is ranked among the best globally. The Sultans lost 3-1. All eyes are now on their next game — against the United States — scheduled to take place July 29.

Amid the jubilation, however, an all-too-familiar debate on women’s decency and clothes raised its head when arch-conservative theologian Ihsan Senocak urged the volleyballers to observe modesty in dress and behavior.

“Daughter of Islam! You are the sultan of faith, chastity, morality and modesty .. not of sports fields,” he tweeted. “You are the child of mothers who refrain from showing their nose [out of modesty]. Don’t be … the victim of popular culture. You are our hope and our prayer.”

His tweet went viral immediately, with 47,000 likes and just as many protesting his words for bigotry and misogyny. Some blamed Senocak’s words for the Sultans’ defeat by Italy, saying they had been demoralized.

Senocak, a media-savvy figure with over 926,000 followers on Twitter, is no stranger to controversy with his fiery advocacy of a conservative lifestyle. In 2017, he criticized fathers who allowed their daughters to go to the university in “tight jeans” and “with plucked eyebrows” and said they were doomed. “Doesn’t your heart burn when you see your daughter, entrusted to you by God, like that? If it does not, you are destined for hell,” he had said.

The remark brought him a three-month suspension from Turkey’s General Directorate of Religious Affairs, known as Diyanet. He was restored to duty in early 2018, though he was given a peripheral post as “education expert” in the Black Sea city of Sinop.

Diyanet and its powerful leader, Ali Erbas, carefully refrained from comment on Senocak’s remarks, but support for him came from Mehmet Boynukalin, the former imam of Hagia Sophia. “The hijab is the command of Allah; the dignity of Muslim women and the symbol of Islam. In many places like Maras [the southeastern city occupied by France at the end of the First World War], our War of Independence started because of the attack on the veil. Those who remind us of Allah’s command and Ihsan Senocak are not alone,” he tweeted under the viral hashtag #IhsanSenocakisnotalone.

Pro-secular Twitter users shot back with a photo of Dundar taken during the game by photojournalist Mert Bulent Ucma, showing the team captain raising a determined index finger to an opponent.

Faced with a barrage of reactions, Senocak sought to explain himself both via Twitter and on TV, saying his intention was to “recall that the winning team was a team of Muslim women” and a reminder of what women “should and should not be in Islam.”

“What I have said is nothing new or out of line,” he told journalist Cuneyt Ozdemir. “I have even written a book titled ‘To the Daughter of Islam.’ … I am simply saying that they should practice sports but dress according to Islamic code of dress. … I have nothing against women playing volleyball or practicing sports.”

Attacks, verbal or physical, on women wearing shorts are growing common in Turkey. In 2016, a young Turkish woman, Aysegul Terzi, was attacked by a man on an Istanbul public bus for wearing shorts. Conservative pundits periodically criticize sportswomen for wearing body-revealing clothes; conservative papers such as Yeni Akit use photos that obscure sportswomen’s legs, prompting mirth in the pro-secular media.

But verbal attacks against women’s clothes do backfire. Last year, Birol Sahin, the mayor of the Black Sea town of Kaynasli from the far-right Nationalist Movement Party, faced disciplinary action when he referred to the Sultans as “exhibitionists” for wearing shorts. “Islam allows women to practice sports among each other … not while wearing scanty costumes in front of men,” he said when the team beat Germany last year to pave their way to the Tokyo Olympics. The party’s chairman, Devlet Bahceli, who had congratulated the team the day before, asked for Sahin’s resignation from the party.

“Volleyball is traditionally one of the fields where women excel ever since the 1970s,” Ahu Ozyurt, the editor-in-chief of WomenTV.com, told Al-Monitor. “Today, there are many good teams sponsored by giant corporations, from [pharmaceutical company] Eczacibasi to [state-owned bank] Vakifbank.”

In the last two years, Vakifbank in particular has been combing Anatolia to recruit talent. Giovanni Guidetti, who is the chief coach of both the National Women’s Volleyball Team and the Vakifbank team, heads the “Sultans of Tomorrow” platform that aims to empower girls in socioeconomically disadvantaged regions of Turkey through sports and to remove obstacles to their becoming professional athletes. Guidetti and his volleyball player wife, Pinar Toksoy, were named advocates for gender equality of the United Nations Development Program in Turkey in June 2020.

“Volleyball is more of a sport for urban women,” said Ozyurt. “But in Anatolia, there is another trend among girls. Girls from modest families start taking lessons in martial sports, sometimes given by some of the municipalities. For many, it is their ticket to travel, a scholarship, to friends and freedom.”