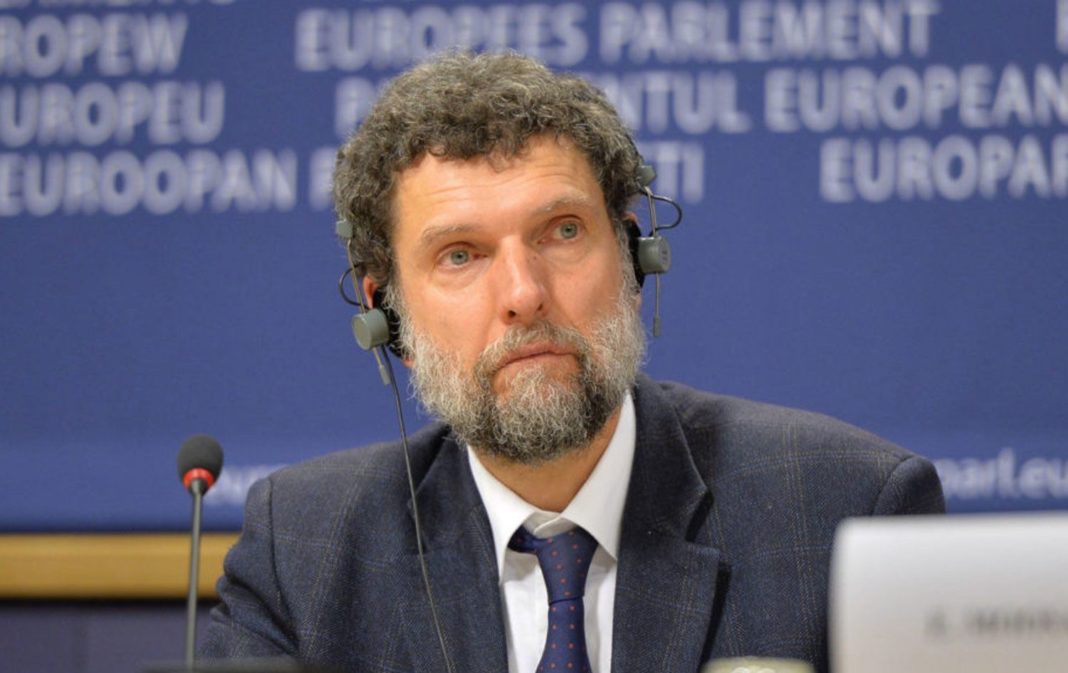 The Council of Europe officially launched today a rare disciplinary process against Turkey for failing to comply with the European Court of Human Rights (ECHR) decision to release Turkey’s Osman Kavala, a philanthropist and businessman who has been in jail for four years.

The infringement proceedings, a lengthy process that may eventually lead to the suspension of Turkey’s voting rights or membership from the Strasbourg-based body, were expected after a Turkish court ruled to keep Kavala behind bars on Jan. 17.

“The Committee of Ministers of Council of Europe has today launched infringement proceedings against Turkey for not releasing Osman Kavala. No one can be surprised. This is what happens when a legally binding ruling is blatantly ignored. What a sad day for Turkey and for those who love this country,” tweeted European Parliament’s Turkey rapporteur Nacho Sanchez Amor.

Ankara slammed the decision as “prejudiced and politically motivated.”

“While there are a large number of judgments that are waiting to be executed by the member states on the agenda of the Committee of Ministers, which supervises the execution of the judgments of the ECHR, constantly bringing the Kavala judgment forward on the agenda is a malicious, intentional and inconsistent approach,” the Foreign Ministry statement said.

The ball is now at the ECHR. Should the court subsequently find that Turkey had failed to fulfill its obligation to implement the court’s initial judgment, the committee would then decide what steps to take, bearing in mind the precise circumstances of the case, the court’s findings and Kavala’s situation at that time. “At this stage, it is not possible to speculate as to what those steps might be,” a spokesman for the Council of Europe told Al-Monitor after the court case Jan. 17.

The court will also consider Turkey’s views, submitted Jan. 19 by Ankara. On Dec. 2, the Committee of Ministers had their first vote on the initiation of disciplinary action and asked Turkey to send its opinion within 50 days. The waiting period aimed to provide Ankara with the last chance to release Kavala during the trial Jan. 17, but the court kept Kavala behind bars. Some Ankara insiders say the pressure comes directly from President Recep Tayyip Erdogan who wants to keep Kavala behind bars.

Kavala, a soft-spoken patron of arts and defender of human rights, also made a brief statement after the committee decision. “I hope the ECHR assessment will contribute to the protection of legal norms on human rights in our country,” he said.

Turkey’s top philanthropist has been imprisoned without a conviction since October 2017 for allegedly financing the 2013 anti-government Gezi protests and conspiring with US-based Muslim cleric Fethullah Gulen in engineering the unsuccessful 2016 coup. The ECHR ruled in 2019 that he was kept in detention without sufficient evidence and urged the Turkish government to take every measure to secure his immediate release.

Two months after this ruling, Kavala was acquitted of charges related to the coup and freed from the maximum security Silivri prison on the outskirts of Istanbul. Mere hours later, however, Istanbul’s chief prosecutor ordered his continued detention on charges stemming from a separate case. This constitutes Turkey’s main argument to the Council of Europe. “[In the Turkish opinion submitted], it was explained in detail that our country complied with the ECHR decision that Kavala’s detention was due to another ongoing judicial process, and a call was made to examine the issue on the basis of legal principles,” the Foreign Ministry statement said.

Kavala’s current trial is a merged case of conspiracy, espionage and undermining the state — a total legal muddle, say jurists. It involves 51 other defendants, including fans of the Besiktas soccer club and journalist Can Dundar, who has fled Turkey.

The only jailed defendant in the case, Kavala, has become the symbol of Turkey’s democratic backsliding and politicized judiciary.

“With this landmark decision today, Turkey is on the dock not only for its refusal to free a prominent human rights defender from arbitrary detention but also for a gross failure of its justice system epitomized by the Kavala case,” Amnesty’s Muiznieks said. The vote has shown that the Council of Europe, of which Turkey is a founding member, “will not stand by idly and watch,” he added.

The Kavala case is also a constant point of tension in Turkey’s ties with its Western allies. The infringement procedure would cut off a pivotal link to the European institutions for Turkey, whose ties with the European Union have been strained for years. In November, Turkey returned from the brink of a diplomatic crisis when Erdogan wanted to expel 10 ambassadors, including the envoys of the United States, France and Germany, for making a joint statement calling for Kavala’s release.