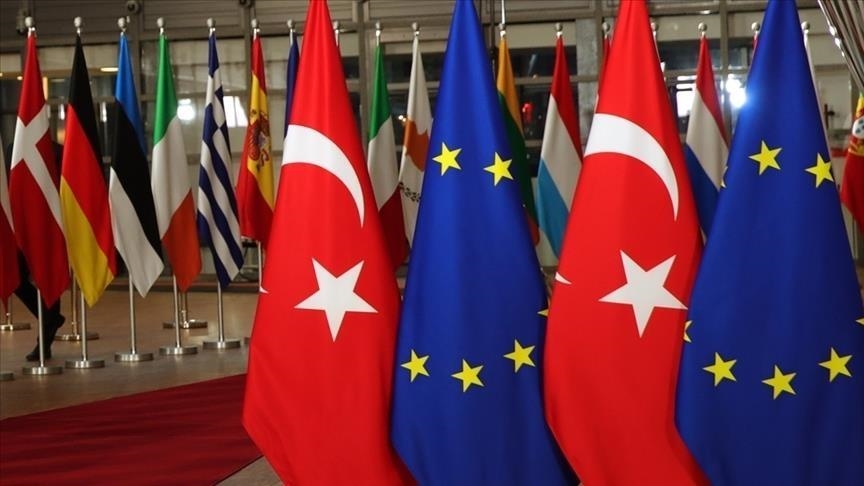 Kadri Tastan is a Senior Fellow at TOBB, the Union of Chambers of Turkey.

The multidimensional nature of the relationship between the European Union and Turkey, and their interdependence in multiple domains leaves no chance for either side to slam the door on a definitive divorce despite the crises and tensions of very high intensity between them.

There is unanimity that since their 2016 immigra­tion agreement, their relations have entered a new era in which the EU increasingly considers Turkey a third country to be dealt with, despite its EU membership still theoretically being a prospect. The internal polit­ical situation, the gradual deterioration of the rule of law in the country, and the EU’s increasingly timid response to this situation over the years is further evidence of this. The tension in the Eastern Medi­terranean and other sources of geopolitical friction between them have only reinforced Turkey’s new status in the eyes of the EU. In the statements of the EU institutions (except perhaps from time to time the European Parliament) and of European leaders, Turkey is perceived rather as a country that defies the union and European interests.

Despite the attempts to define a framework for Turkish-European relations or to give Turkey a better status in its relations with the EU, a way to get rela­tions out of their current impasse is still to be found. All the tensions that they have experienced over the years show the need to find an inventive framework for these relations. This also requires revisiting some of the existing areas of cooperation to reinvent them.

This paper suggests that the relationship between Turkey and the EU should be maintained, given the high costs of a rupture for both sides. It contributes to rethinking their relations and to seeking a new agenda in order to develop policies and find solutions to diffuse challenges.

The contributors to this paper look at the current state of EU-Turkish relations and trace the outline of a new agenda between Turkey and the EU. Whether the two sides will be able to create a new framework for their relations and, if so, on what basis it can be built is what the authors try to answer by looking at different areas.

Günter Seufert analyzes how the modes and patterns of these relations are evolving. He looks at the differences between the approach of the Euro­pean Parliament, the European Commission, and the Council of the EU, as well as the diverse opinions among EU capitals when it comes to Turkey. He also looks at the different forms of relations with Turkey: candidacy, transactional cooperation, and contain­ment. Galip Dalay examines the challenges and crises in relations and their future. Ian Lesser analyzes the effect of the start of the Biden administration and of U.S.-Turkish relations on EU-Turkish relations. He tries to see how the divergence in the former affects the latter and potential cooperation between the United States and the European Union when it comes to Turkey.

Güven Sak looks at the prospects for trade coop­eration after Brexit. He analyzes the effects of the Customs Union upgrade, of the European Green Deal, and of the U.K.-Turkey Trade Agreement. Kadri Taştan explores the potential and limitations of possible cooperation in the energy field in a context where not only the dynamics of relations are going through substantial changes, but there are also broader structural changes in energy markets, including the diversification of energy sources. Angeliki Dimitriadi revisits how the different sets of migration agreements affect EU-Turkish relations. She analyzes whether and how migration changes the balance of vulnerabilities in these. Her contribution presents perspectives and directions for the nature of migration cooperation between Turkey and the EU. Funda Tekin focuses on the political aspect of the new agenda. She outlines the principles and nature of the new relationship. Finally, Rosa Balfour looks at the framework of foreign and security policy relations between Turkey and the EU, and she questions the normative and institutional basis for cooperation.