Tourism in both Egypt and Turkey has plummetted due to the Russian war on Ukraine. 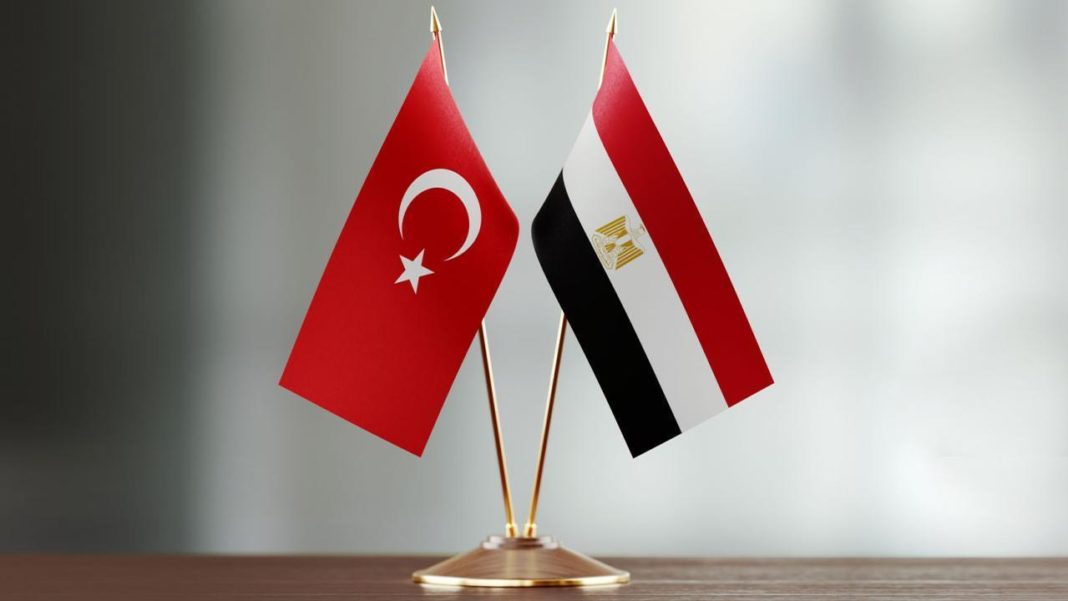 « In the wake of the stagnation that hit the vital tourism sector in Egypt since the start of the Russian war on Ukraine Feb. 24, Egypt is contemplating new ways to attract foreign tourists, including Russians, as both Russia and Ukraine are among its most profitable markets » reports Mohamed Saied in Al-Monitor.

The conflict between Russia and Ukraine has halted the flow of tourists from the two countries, which bodes ill for the tourism sector since Russian and Ukrainian tourists account for roughly a third of the annual number of incoming tourists to Egypt.

The tourism sector accounts for about 12% of Egypt’s gross domestic product and is one of the main sources of foreign currency in an economy that the Ukrainian war is placing pressure on and that is grappling with an unprecedented wave of inflation.

Basil al-Sisi, member of the Chamber of Tourism Companies in the Egyptian Federation of Tourist Chambers, told Al-Monitor that the war has led to the suspension of all tourist arrivals from the two countries.

He said that Russian and Ukrainian tourists used to visit Egyptian resorts overlooking the Red Sea, especially in the cities of Sharm el-Sheikh and Hurghada, but this is no longer the case since the end of February, greatly affecting hotel occupancy rates in the two cities.

According to workers in the tourism sector, hotel occupancy rates currently range between 30% and 50% in the Red Sea resorts, which are now only hosting Ukrainian and Russian tourists who were stranded during their stay in Egypt.

As the Easter and Eid al-Fitr holidays draw near, Egypt is looking to increase the tourist inflow from Western Europe, including Britain, Germany, Spain, France, Italy and Hungary, as well as from the Gulf states.

Magdy Selim, former official in the Egyptian Ministry of Tourism, told Al-Monitor that Egypt will receive a maximum of 2 million tourists this year, a 50% decrease compared to last year.

Egypt was hoping for this upsurge in the tourism sector to continue this year, but the Russian war on Ukraine has cast a shadow on tourism in the country.

Egyptian Deputy Minister of Tourism Ghada Shalaby told Reuters in March that Egypt is currently studying ways to attract tourists again, including Russian tourists, by allowing them to enter through Turkey and then to Egypt.

“That’s one of the options that we’re looking at, but it’s not the only one. Our colleagues at civil aviation are studying all the opportunities toward this sanctions situation [in Russia], and we’re looking to hear some positive news,” Shalaby continued.

Selim said that cooperation between Egypt and Turkey through joint tourism packages will lead to an increase in travel costs at a time when Russian tourists are reluctant to risk traveling abroad as their country witnesses a war and grapples with Western sanctions.

The sanctions imposed by the West against Russia are slowing down the flow of tourists to the Middle East. “The sanctions would unquestionably complicate matters as credit cards, payment processors, travel agencies and other intermediaries that make international commerce and travel possible cut off their relationships with Russia,” said Edoardo Saravalle, a sanctions researcher.

Saravalle told Al-Monitor that the strong reaction to sanctions on Russia, including from companies that are not actually limited by these measures and are going beyond what is required by law, suggests that carrying on tourism as normal would be very challenging.

This comes at a time when the tourism sector in Turkey is also ailing as a result of the war, as Russians and Ukrainians make up more than 27% of the total tourist arrivals, according to data from the Turkish Ministry of Culture and Tourism.

The number of foreign tourists who visited Turkey in 2021 reached more than 30 million, with a return of $24 billion. Russian tourists topped the list with 4.7 million tourists, compared to 2.1 million Ukrainian visitors.

Saravalle believes that trying to bypass the sanctions imposed on Russia in the field of tourism is difficult in the short term, but not impossible. He said, “We are seeing that all sorts of intermediaries that make international transactions feasible are suspending business with Russia. It would be reasonable to expect firms in a sector like tourism to be more risk-averse, at least at the beginning.”

He noted, “It is quite possible that over time such bypass procedures could start to work, though it will probably take some adjustment, and it will not likely fully compensate for the losses. »

Russian Ambassador to Cairo Georgy Borisenko recently said that his country has been accustomed to Western sanctions for decades and can easily deal with the new ones resulting from the Russian invasion of Ukraine.

In a press conference held in Cairo March 30, Borisenko called Egypt to join the Mir card payment system, which is an alternative to the Visa and MasterCard banking systems and which makes transfers easier for Russian tourists coming to Egypt in the coming period.

Sisi said that Russian tourism to Egypt can only gradually go back to normal by next October. He said he does not have high hopes of Ukrainian tourists returning to Egypt in the foreseeable future. “In my opinion, Ukrainian tourists, unlike Russians, will not have near-term priority in travel and tourism,” he noted.

In 2019, Ukrainian tourists accounted for the second-largest number of tourists who visited Egypt with 1.6 million people, an increase of 32% year on year.

More than 727,000 Ukrainian tourists entered Egypt in 2020, according to the Ukrainian Embassy in Cairo, accounting for 21% of the total number of foreign tourists who visited Egypt in that year.

According to the Ukrainian Tourism Agency, 1.46 million Ukrainians traveled to Egypt last year, which places Egypt as the second most popular tourist destination for Ukrainians after Turkey.

Russia has always been at the forefront of the tourist exporting markets to Egypt, as nearly 3 million Russian tourists visited Egypt in 2014 before Moscow imposed a ban on direct flights to Egyptian tourist destinations after the crash of a Russian charter plane upon takeoff from Sharm el-Sheikh airport in 2015, killing all 224 people on board.

In July 2021, Russia lifted the ban on charter flights to and from Egypt. Since then, 700,000 Russians visited Egypt until the end of 2021, with 125,000 Russian tourists entering the country in the first two weeks of 2022, Borisenko said in a statement.

Meanwhile, Selim stressed the need for Egypt to open new tourist markets, including in East and South Asia, like China and India, as well as in Latin America, with a focus on Arab countries.

Data from the Egyptian Ministry of Tourism indicate that about 20% of the tourists who visited Egypt before the coronavirus pandemic came from Arab countries.

On March 31, the Egyptian government announced a package of tourist visa incentives to people wishing to enter the country, including a first-time approval of an emergency entry visa at the various arrival ports, provided that they hold entry visas for Japan, Canada, Australia, New Zealand, the United States, Britain and the Schengen zone countries. Their passports shall be valid and previously used.

The government also agreed March 22 to extend the charter flight stimulus program until the end of next October. The program, which aims to support tourism, allows airlines to obtain cash incentives of between $1,500 and $3,500 per flight. While the program was supposed to end at the end of April, it will be extended until the end of October 2022 as per the recent decision.

Sisi believes that the crisis created by the Russian invasion will be long and its effects will weigh on the tourism sector in Egypt. He considered that breathing new life into domestic tourism is a “quick solution” that tourism companies must resort to in a bid to compensate for their losses.