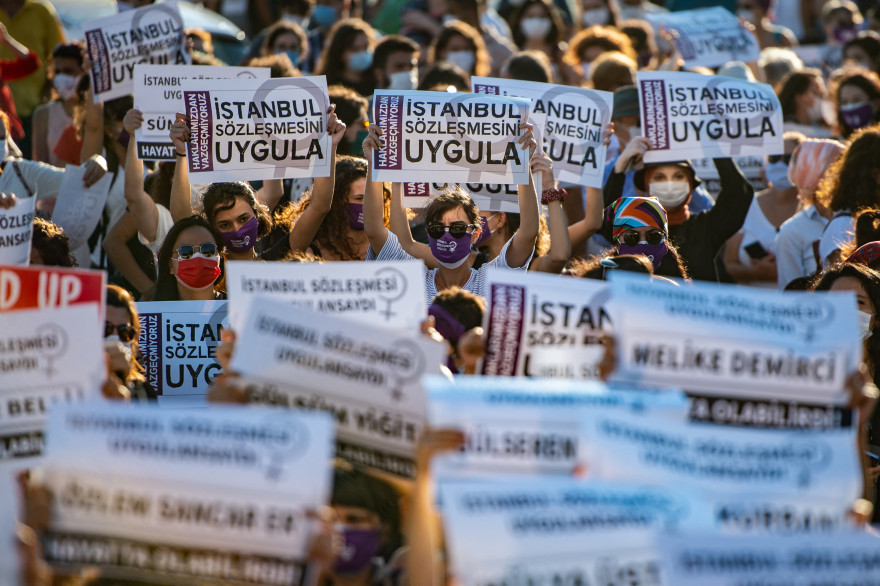 Some 31 European ministers from 16 countries have urged the Turkish government to reverse its controversial withdrawal from the Istanbul Convention, saying that they are “deeply alarmed” by the unprecedented attacks on women’s rights.

Some 31 European ministers from 16 countries have issued a joint declaration, calling on the Turkish government to reverse its decision to quit the Istanbul Convention, also known as the Council of Europe’s Convention on Preventing and Combating Violence against Women and Domestic Violence.

The declaration came on the 10th year anniversary of the opening for the signature of the landmark treaty.

“The recent decision of the Turkish government of 19 March 2021 to withdraw from the Convention, has shown us that those threats of revocation are indeed very real. The decision of Turkey comes 10 years after it was the first country to sign the Convention in Istanbul,” the declaration said.

“We are deeply alarmed by those unprecedented attacks on women’s rights and their safety. We stand together in solidarity with women and girls in Turkey and beyond. We call on Turkey to reverse its decision,” the declaration further read.

Meanwhile, women’s organizations in both Turkey and around the world on May 11 organized protests online and in person, with Amnesty International groups in the United Kingdom, Netherlands, Austria, Italy and Belgium protesting outside Turkish embassies.

Turkey had been the first signatory state on the Istanbul Convention, which mandates that all signatory states create legislation to protect women from violence.

The ruling Justice and Development Party (AKP) started seriously debating a withdrawal from the convention in the summer of 2020 after conservative opinion leaders slammed the text for including protection for all genders, which they said encouraged homosexuality.

The initial debate about the withdrawal prompted nationwide protests by women’s organizations and stirred controversy within the ranks of the AKP, as well as the national political scene.