Ankara has adopted a dual approach on the Ukraine crisis through moves both pleasing its NATO allies and positioning Turkey as a lifeline for Russia amid crippling Western sanctions on the country. 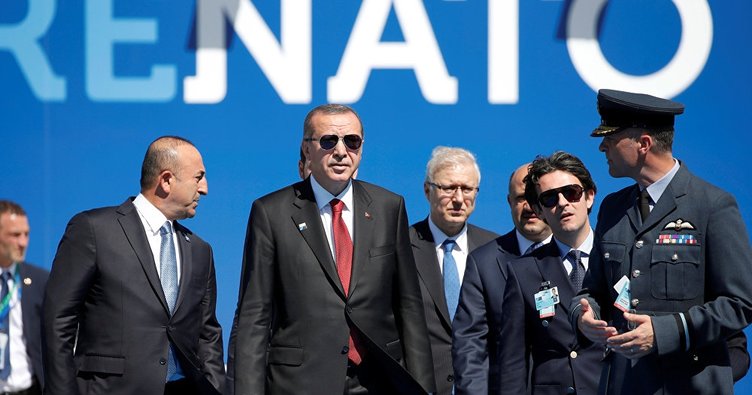 « Diverging from its NATO allies, Turkey has been positioning itself as an alternative platform in the face of the Russian invasion of Ukraine through a dual approach composed of steps that have potential to antagonize both sides. While Ankara has challenged Russian military calculus by supplying combat drones to Ukraine,  Turkey’s President Recep Tayyip Erdogan is also trying to raise the prospect of deeper cooperation with Russia as the country’s economy is crippling due to the Western sanctions » says Fehim Taştekin in Al-Monitor.

The Ukraine crisis certainly has the potential to alter the course of ties between Russia and Turkey. Russian leader Vladimir Putin may counter Erdogan’s double game by his own game plan in a similar fashion when a Russian jet was downed by Turkey in Syria in 2015 — by waiting for the right time to take its revenge and in the meantime benefitting from Turkey as a lifeline for the beleaguered Russian economy amid Western sanctions. Erdogan’s approach hardly guarantees a “safe game” for Ankara, particularly in possible encounter fronts with Russia including Syria and Libya.

Ankara’s decision to close its straits linking the Mediterranean and Black Sea to warships by invoking 1936 Montreux Convention’s wartime provisions have earned Turkey praises by Washington and other Western capitals; this decision came following Kyiv’s appeal for the closure. Russian warships in the Black Sea have effectively been trapped there by Ankara’s move and the decision has potential to undermine the Russian military presence in Syria. Yet, at least for now Moscow is continuing to support the Syrian government forces operations in southern Idlib with its air forces.

Although the move has widely been interpreted as a possible source of contention between Ankara and Moscow, the Montreux Convention remains a crucial document that effectively limits NATO and Western naval forces’ access to the Black Sea during peace. Thus, Ankara’s Montreux decision is unlikely to antagonize Russia. Furthermore, the treaty’s provision that Ankara has invoked to close its straits now was included in the 1936 treaty with Russian support.

The essential point of contention between Turkey and Russia over Ukraine is Turkey’s military support to the former Soviet country. Although the extent of effectiveness of the Turkish combat drones that it supplied to Ukraine remains unclear so far, Kyiv has been showering praise on the success of Turkey’s Bayraktar TB2 armed drones, fanning the controversy. Kyiv’s underscoring of the success of the Turkish drones has been widely seen as Ukraine’s attempt to force Turkey to take an active pro-Ukrainian side in the war.

While Erdogan is seeking to paint Ankara’s position as “impartial,” statements by the Ukrainian side have disrupted this image. On the fourth day of the invasion, the Ukrainian Embassy in Ankara posted a video of what it said was a Turkish combat drone repelling the Russian forces. The embassy went to even greater lengths, tweeting that the 34 Turkish soldiers who were killed in Syria’s Idlib in 2020 by Russian planes “have been avenged” by the Turkish combat drones. The provocative tweet was later deleted.

On March 2, Ukrainian Defense Minister Oleksiy Reznikov also challenged Ankara’s impartiality rhetoric, saying that his country was set to receive a new batch of Turkish drones along with Javelin and Stinger missiles.

Turkish media, in response, accused Kyiv of systematically seeking to pit Turkey and Russia against each other. Claiming that Ukraine was trying to “involve Turkey in the war” through the Turkish combat drones, a well-known pro-government columnist wrote on Twitter, « This is wicked. »

The controversy forced Turkey’s deputy foreign minister to step in. Sedat Onal said Ukraine didn’t acquire the combat drones as a military aid, but purchased them through an agreement between a private Turkish company and the Ukrainian government.

Yet Moscow would hardly buy this explanation given the Turkish Defense Ministry’s strict control over the country’s arms exports and Erdogan’s avid promotion of the Turkish combat drones manufactured by the family of his son-in-law. Bayraktar combat drones have already been an effective tool in Ankara’s foreign policy.

In an exclusive interview with Al-Monitor in January, a Ukrainian colonel said his country “paid $60 million for an initial batch of six drones bought in 2018” and was given “a 30% discount” for six more, which it has acquired since. Valerii Zaluzhnyi, the Armed Forces commander-in-chief, said in September that his country was planning to buy 24 more combat drones. The two countries also signed a deal for the joint venture of Turkish drones manufactured by Baykar Makina and Ukrspecexport, Ukraine’s state-owned arms trading company during Erdogan’s visit to Kyiv Feb. 2. According to the Ukrainian Foreign Ministry, the sales are “viewed not as a mere commercial deal, but a token of solidarity and support in difficult times.”

Involvement of the Syrian rebels in the Russian war on Ukraine stands as another potential derailing factor in the Ankara-Moscow ties. The Russian military claimed March 4 that Albanian and Caucasian fighters in Idlib were en route to Europe to fight against the Russian troops in Ukraine. Moscow might turn against Turkey should these fighters use the Turkish territories as a corridor from Syria to Europe. Meanwhile, Al-Monitor reported last week on mounting evidence that the Syrian government is recruiting fighters who could be deployed to Ukraine to fight on the Russian side.

Furthermore, some Islamist factions in Idlib and Aleppo’s countryside are pondering to reignite the clashes against the Syrian government forces to take advantage of Moscow’s preoccupation with Ukraine. Turkish-backed Syrian opposition forces are asking for anti-aircraft weapons and other defensive weapons supplied to the Ukrainian army. Erdogan has long been lamenting its Western allies for their insufficient military support to the Syrian opposition.

Whether Erdogan can afford fanning the flames in Syria at a time when Ankara is underscoring the significance of its cooperation with Moscow remains unclear and depends on to what extent Erdogan considers the war in Ukraine as a window of opportunity.

On the other hand, Erdogan’s dual approach also includes aspects aiming at pleasing Moscow. Stopping short of joining Western sanctions against Russia, Turkey has been keeping its airspace open to Russia. Ankara’s underscoring of the economic ties between Turkey and Russia indicate that the Turkish government has been encouraging Russia to see Turkish-Russia bilateral ties as an opportunity amid Western sanctions.

“Everyone with conscience and common sense will acknowledge what a distinct and positive stance Turkey has been adopting [on Ukraine],” Erdogan said March 8, in an apparent reference to Ankara’s balancing act.

Another case in point has been the Moscow visit by a Turkish delegation, including Ethem Sancak, a businessman who is known to have close ties with Erdogan, apparently aiming to gauge Moscow’s position.

Sancak, who is also a former member of the ruling party, told Russian media that NATO has been « the real culprit” of the war in Ukraine, describing the alliance as a “cancer.” He also claimed that Ankara wasn’t aware that Bayraktar drones were going to be used against the Russian troops and stressed Turkey’s commitment to deepen the bilateral cooperation between the two countries. It seems highly unlikely that the Turkish presidency had no prior knowledge about Sancak’s visit and ensuing remarks to Russian media.

Meanwhile, Ankara has also intensified its efforts to play a facilitator role between the warring parties. Following US Deputy Secretary of State Wendy Sherman’s visit to Ankara, Erdogan held phone calls with Ukraine President Volodymyr Zelenskyy and Russia’s President Vladimir Putin on March 4 and March 6, respectively. Following the diplomatic traffic, Turkey’s Foreign Minister Mevlut Cavusoglu announced March 7 that Istanbul would host March 10 a tripartite meeting between Russian, Ukrainian and Turkish foreign ministers. If carried out, the meeting would mark the first high-level face-to-face talks between the two countries since Russia’s invasion of Ukraine, getting Ankara one step ahead in mediation efforts.

Can Moscow afford to counter Turkey, a regional partner with which Russia enjoys multidimensional cooperation, at a time when the country’s economy has been under great pressure from Western sanctions? Following Turkey’s downing of a Russian jet in 2015, the Kremlin pursued a dual policy exploiting Ankara’s predicaments. Moscow sold the S-400 air defense system to Turkey, disrupting Ankara’s ties with NATO, but it also didn’t hesitate to kill more than three dozen Turkish soldiers in Syria when time for revenge came.

Erdogan, for his part, might take a more pragmatic approach in his country’s relations with Russia, bending to pervading anti-NATO sentiment among the Turkish society ahead of the elections scheduled for next year amid sagging popular support to the ruling party. The majority of the Turkish public believes that NATO sacrificed Ukraine to a proxy war between the West and Russia.

Whether Russia will complicate Turkey’s job on the Syrian, Libyan or Caucasus fronts will likely depend on the extent of Turkey’s divergence from NATO on the Ukraine war and the windows of opportunity that Ankara would offer to Russia during the process.