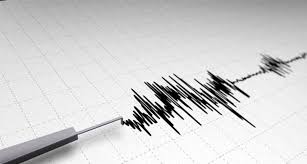 The Marmara Earthquake Gap Assessment and Monitoring for Istanbul (MAREGAMI) Project which is conducted in collaboration with TUBITAK, French ANR and EMSO institutions has started to give its initial results on seabed seismology, cartography, observation station design and tsunamis in Marmara Sea.

Prof. Ziyadin Cakir from Istanbul Technical University announced the initial findings of the research as summarized below:

• MAREGAMI Project was accepted in 2016. The continuity of the data is important because the analysis and modelling of this data should provide us information about the “expected” major Istanbul earthquake. It is important to discover the locations of the fault lines with seabed seismology and observation.

• The fault line below Princess Islands may result in tsunami. The North Anatolian Fault is not a fault that normally creates a tsunami. However, in some sections the fault changes its characteristics. It may cause earthquake in vertical direction. There are slopes in the fault below the Princess islands. There are many sections where large landslides formed on the slopes. There can be then serious tsunamis as seen in the historical records.

• There is energy mobility in the fault zone that will trigger the major Istanbul earthquake. In collaboration with the German and French institutions, acoustic communication devices have been placed on the seabed as part of mapping the sea floor. These devices were able to provide information if the fault is moving or locked. It is seen that the fault zone off the coast of Kumburgaz is completely locked. It is discovered that the fault zone from the offshore of Silivri to the Bosporus is locked, and that the energy movement in this zone will probably create the major Istanbul earthquake.

• It is said that a Sea Base Observation Station is needed to gather more information about the earthquake, and this costs almost 2 million Euros.