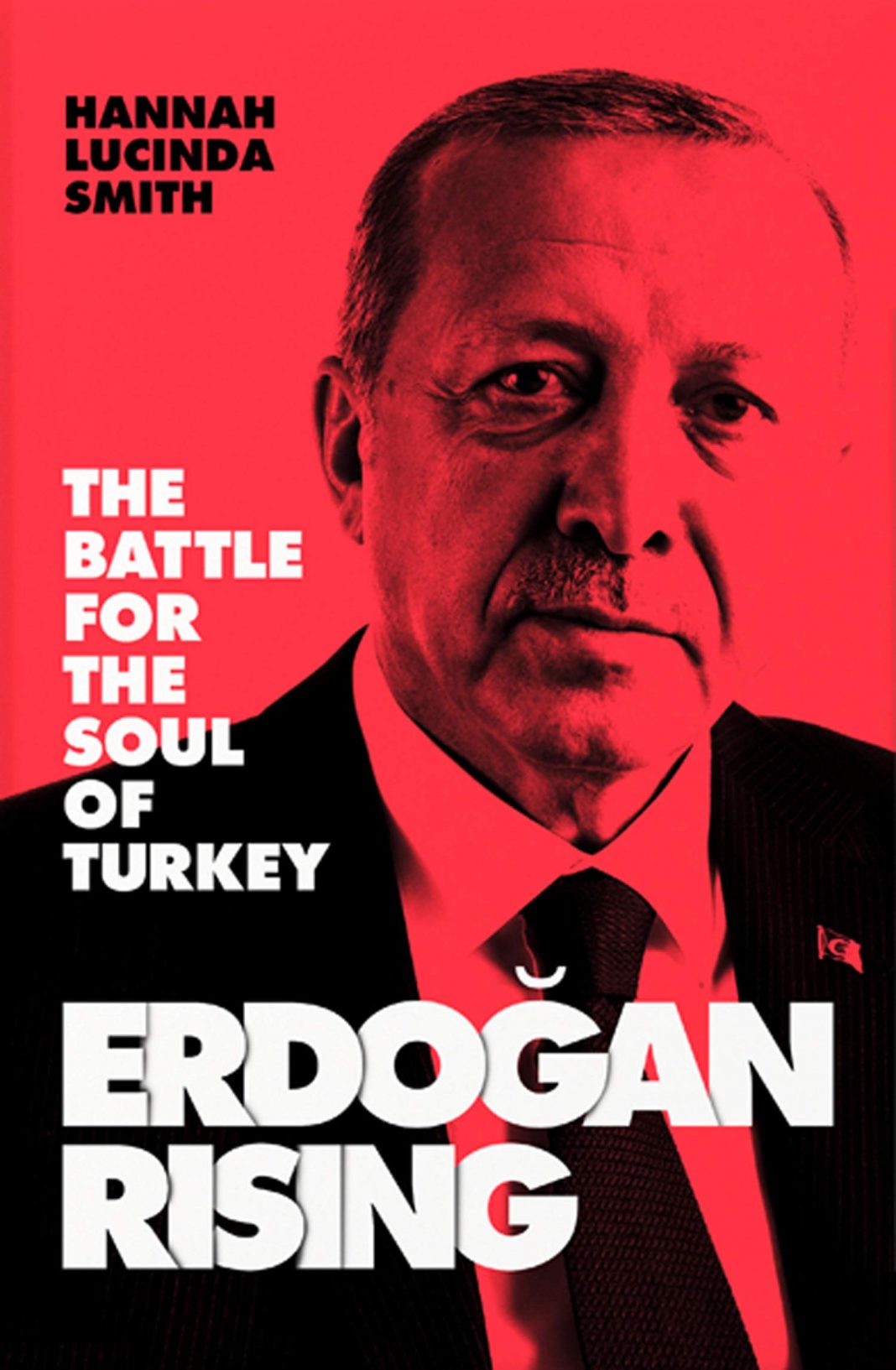 “Who is Recep Tayyip Erdogan, and how did he lead a democracy on the fringe of Europe into dictatorship? How has chaos in the Middle East blown back over Turkey’s borders? And why doesn’t the West just cut Erdogan and his regime off?”

As the Turkey correspondent for The Times of London since 2013, Hannah Lucinda Smith tells the turbulent seven years of Turkey while observing the Syrian civil war when she was living in the southern-eastern city of Hatay. During her time in the country, she has also reported from inside rebel-held Syria, on the front lines of the battle against Isis in Iraq, and joined the mass movement of migrants on their journey to Europe in 2015.

Her book is a part-biography of President Erdogan, part-journalistic account of contemporary Turkish history. Erdogan Rising consist of analysis on various serious and strong items in Turkey’s agenda including Syrian civil war and the refugee influx, the establishment of Kobane and strengthening of the Kurdish movement, the 2013 Gezi Park resistance, the December 17 to 21 crisis, the power struggles between Gulenists and the ruling Justice and Development party AKP, 2014 presidential election, Arab Spring and its effects on Erdogan’s policies, 2015 elections, bloody 2016 coup attempt , the 2017 referendum and the 2018 early elections.

Erdogan Rising interprets the effects of certain international encounters on Erdogan himself and on his policies like his meeting with Obama in 2013 just before the Gezi Park resistance when his demands on Syrian war was not met or like the overthrow of Mohammed Mursi by Sisi in the same year. While giving anecdotes on Ataturk’s relatives in Hatay, she also comments on Turkey-Britain relations which was not among the hot topics of Turkish press. She interprets the background of Turkish-British relations before Brexit and states that, before Brexit, Britain invested in Turkey by supporting high-budget infrastructure projects via British companies for building long-term relations with the country.

In Erdogan Rising, Hannah Lucinda Smith introduces Turkey “as a vital country, one that borders and buffers Western Europe, the Middle East and the old Soviet Union, marshals the second largest army in NATO and hosts more refugees than any other nation. As president, Erdogan is the face of devotion and division, a leader who mastered macho divide-and-rule politics a decade and a half before Donald Trump cottoned on, and has used it to lead his country into spiralling authoritarianism.”

For her, Erdogan is not an ordinary dictator: “His elections are won only by slivers, and Turkey remains defined by its two warring cults: those who worship Erdogan, the wilful Muslim nationalist with a tightening authoritarian grip, and those who stand behind Ataturk, the secularist, westward-looking leader who founded the republic and remains its best loved icon – now eighty years dead.”

Smith presents layers of legend attached to President Erdogan. She captures his essence: “the charisma and the paranoia, the skill of the political natural who ignites on a campaign trail he has never left through 14 contests in the 17 years since his neo-Islamist Justice and Development party, or AKP, came to power. Despite some sheer luck and good timing, this was no fluke.”

Erdogan’s has achieved to gather support outside his base of pious conservative Anatolians. She attributes his electoral victory with 47% in 2007elections to Erdogan’s ability to build convincing connections with different segments of the society and she reminds that some segments of the voters left their “secular parties” because of their party’s inability to progress and instead, voted for AKP.

You can listen on play.acast.com: Hannah Lucinda Smith on the past, present and future of Erdogan’s Turkey

“Turkey is different from other countries falling under the sway of strongmen. It boasts not one, but two — perhaps even three or four — coexisting personality cults” she says and reminds Kemalist nostalgia of Ataturk and Abdullah Ocalan, the jailed Kurdish leader. For her Ataturk, dead for more than 80 years, is still Mr Erdogan’s main rival.

Share the post « New book: “Erdogan Rising: The Battle for the Soul of Turkey” by Hannah Lucinda Smith »