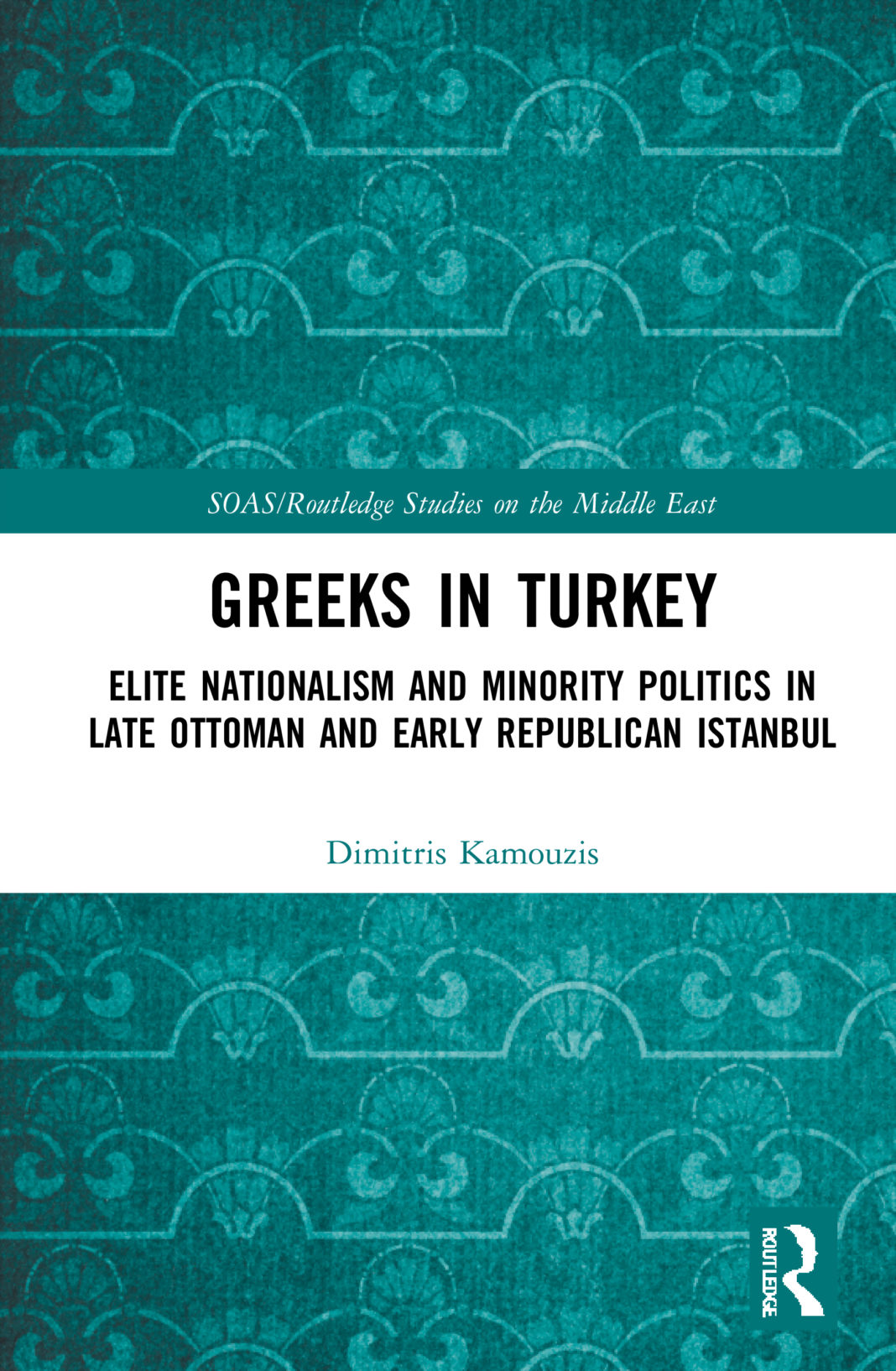 “This book provides a solid and critical historical examination of the endorsement, development and course of Greek nationalism among the lay/clerical leadership of the Greek Orthodox minority of Istanbul during the last phase of the dissolution of the Ottoman Empire and the first years of the newly established Republic of Turkey.

The focus is on the political role played by the ethnocentric communal elite, who actively championed the Greek nationalist plan of the Megali Idea (Great Idea). Based on a comparative investigation and synthesis of a wide array of Greek and British archival sources the book engages with the various stages of Constantinopolitan Greek elite nationalism in Turkey and partly in Greece, and examines its manifestations, its level of success and its consequences on the minority during the crucial period of 1918–1930. The main argument is that the internal dynamics, the policies and the responses of this powerful communal elite vis-à-vis other communal factions as well as Greek irredentism and Turkish nation-building conditioned to a significant degree the construction of specific representations and perceptions of the group’s collective identity and determined the status of the Greeks of Istanbul as a national minority in Turkey until nowadays.

Providing a thorough analysis of elite politics during and in the aftermath of the Greek-Turkish War and assessing the application of the minority clauses of the Treaty of Lausanne (July 1923), the volume is a key resource for students and academics interested in nationalism and minorities, modern Greek history, Ottoman and Turkish history as well as for policy makers and specialists working in the diplomatic field, the Greek and Turkish public service, international institutions and non-governmental organizations.”

1 The Request of Enosis with “Mother Greece”

4 From Fugitives to Exiles

Dimitris Kamouzis is a Researcher at the Centre for Asia Minor Studies (Athens, Greece). He has published several studies on the Greek Orthodox populations of the Ottoman Empire/Turkey. His research interests include Modern Greek History, Greek-Turkish Relations, Refugee Studies and the History of Humanitarianism.