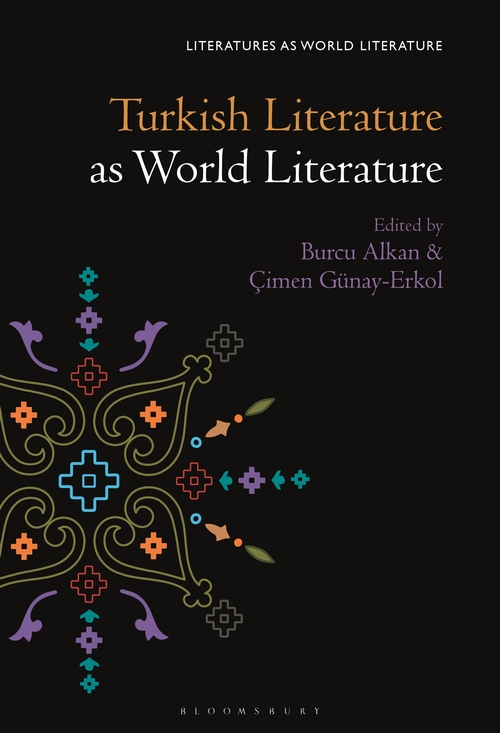 “Essays covering a broad range of genres and ranging from the late Ottoman era to contemporary literature open the debate on the place of Turkish literature in the globalized literary world. Explorations of the multilingual cosmopolitanism of the Ottoman literary scene are complemented by examples of cross-generational intertextual encounters. The renowned poet Nâzim Hikmet is studied from a variety of angles, while contemporary and popular writers such as Orhan Pamuk and Elif Safak are contextualized.
Turkish Literature as World Literature not only fills a significant lacuna in world literary studies but also draws a composite historical, political, and cultural portrait of Turkey in its relations with the broader world.”

Burcu Alkan is an Honorary Research Fellow at the University of Manchester, UK. She is the author of Promethean Encounters: Representation of the Intellectual in the Modern Turkish Novel of the 1970s (2018) and the co-editor of Dictionary of Literary Biography 373: Turkish Novelists Since 1960 (2013) and its Second Series, vol. 379 (2016). She specializes in comparative literature with a focus on Turkish literature. Her research interests are modernity, knowledge, and the intellectual and medical humanities, mental health, and sciences of the mind. Writes: Comparative Literature, Russian, Central and East European Literature, European Literature

Çimen Günay-Erkol is Assistant Professor of Turkish Literature at Özyegin University, Turkey. She is the author of Broken Masculinities: Solitude, Alienation, and Frustration in Turkish Literature after 1970 (2016). She obtained her PhD in Literary Studies in 2008 from the Universiteit Leiden, the Netherlands. Her fields of interest are demilitarization, masculinity, trauma, narrations of self, post-conflict literature, and medical humanities. Writes: Comparative Literature, Russian, Central and East European Literature, European Literature