‘No One is Safe’ in Kanarya , a Neighborhood of Kurds , Turks And Syrian Refugees 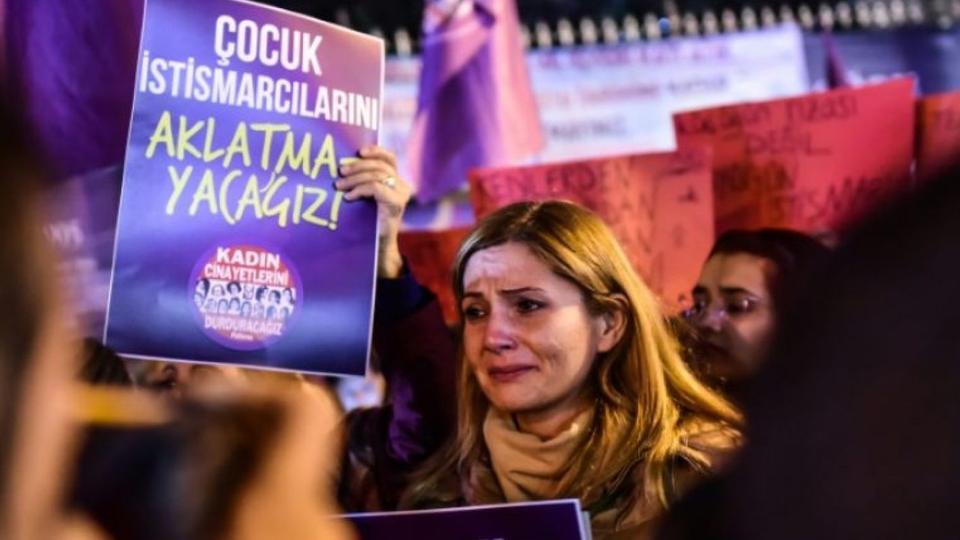 A current research shows that in Turkey 2,487 girls and 1,124 boys aged under 11 had been subjected to sexual assault in 2016 – 2017. These numbers are much higher for children aged between 12 and 14: 3,688 girls and 563 boys. The ratio between girls and boys alters dramatically for the children aged between 15 and 17: 8,460 girls and 518 boys had been victims of sexual assault. Again, the same research shows that more than 21,000 children applied to Child Monitoring Centers in Turkey between January 2011 and May 2016 for different forms of abuse, 85 percent of them girls. The picture gets even more tragic with the child trafficking of the Syrian refugee children, and mostly girls.

For a report of UNICEF dated 2017, with a specific focus on Syrian children see: https://www.unicef.org/about/annualreport/files/Turkey_2017_COAR.pdf ﻿

Last week, several different manifestations occurred in Turkey to protest the sexual assault of a child in Kanarya neighborhood, one of the peripheric neighborhoods of İstanbul. Also, the people of the neighborhood are furious and concerned, while Syrians say they are afraid of even going out. A very important special report on the neighborhood is published in Bianet by Evrim Kepenek.

Kanarya neighborhood, located in the European side of İstanbul, in the district of Küçükçekmece, has been on the headlines of the media for the last few days because of the incident of sexual assault against a five-year-old child.

Among the 67-thousand people living in the neighborhood, the Kurds, especially those migrated from the southeast during the conflict in the 1990s, people who came from the northern Black Sea Region due to economic reasons, and the Syrian refugees make up the most.

Along with Syrians, refugees from other countries also choose to live in the neighborhood because of low rent prices and job opportunities.

“Our children are not safe”

Textile ateliers spread across the streets of the neighborhood. We have a conversation with a female worker in one of these.

“These incidents have increased after the foreigners came. Theft has increased in the neighborhood. We don’t want them. We get out of home in the morning and come to work. The kids play in front of the home. How can we know what happens to them?” says the woman.

“We want a solution”

I leave the atelier and go to the coffee shop in the neighborhood. People only talk about the offense against the child. Everyone is furious. One heatedly says, “They should give him to me. We know what to do to him.”

Another one says, “Such things don’t happen in this neighborhood. We used the live here fraternally. The foreigners who came here do these. We expect a solution for this.”

One other man calmly says, “The talk like this because of anger. We don’t want anybody hurt.”

In fact, no one exactly knows what the solution is. They just want their children to be safe.

“They broke the door of the Syrians’ home”

I go to the building of an association of a group of fellow townspeople. One man there says, “In our neighborhood, everyone knows each other. We have been living together for years. We won’t give up pursuing this business. We will seek our little baby’s right. We don’t want to such thing occur in this neighborhood again.”

How can we live together?

I then go to a small grocery store. Telling me he is “very, very sad,” the owner says, “How did we become like this way? There are many foreigners in the neighborhood. Where should they go? My Syrian neighbors are very scared. In the previous night, some people forced their door. They can’t go outside. How do we live together from now on?”

Syrian family: “We are frightened”

Next to the store, I enter the makeshift home where a Syrian family lives.

They say that they make their living very hard; and although they were not harmed before, they are frightened to live in this neighborhood now.

"The Turkish media may be abuzz with reports about the foiling of a Mossad-run spy ring, but Israel appears unimpressed, and observers see no...
Read more
INFOS & ACTUS