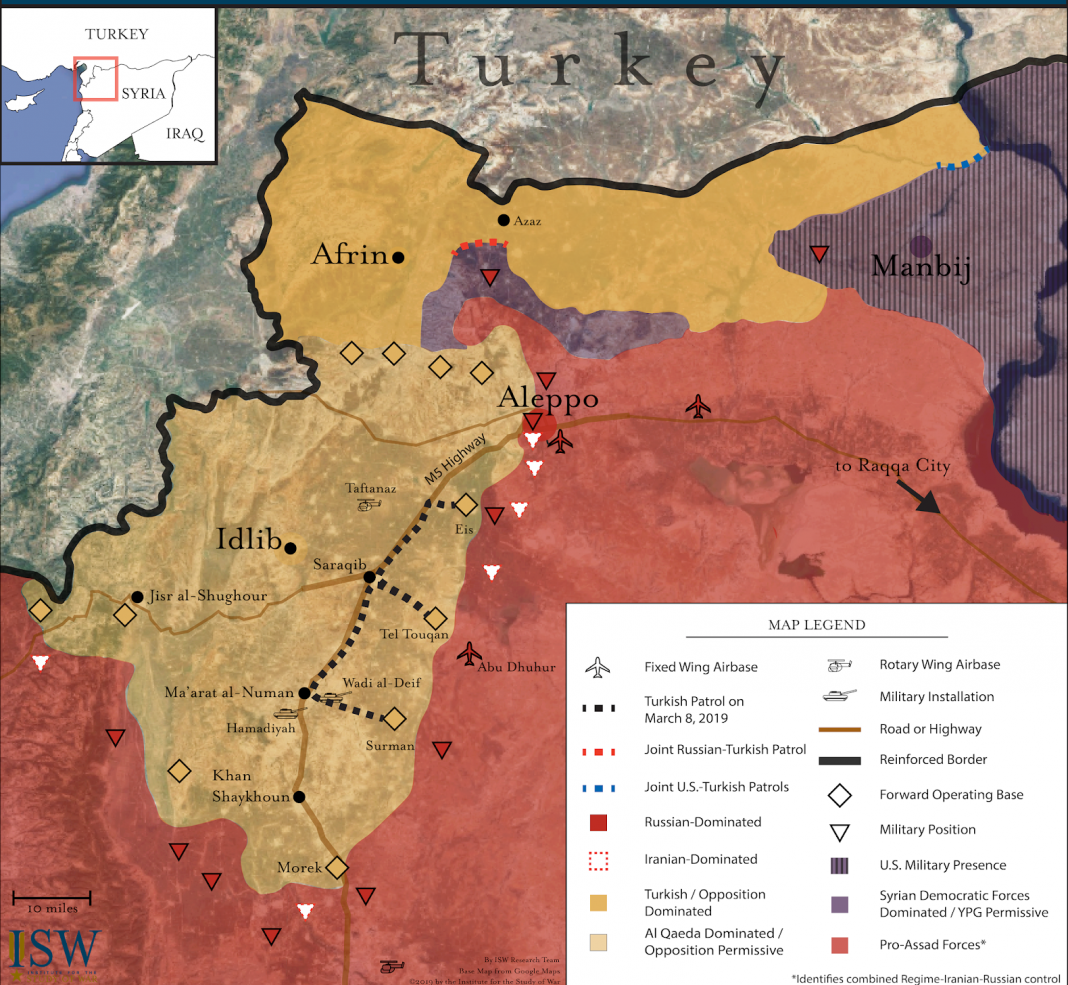 Below, you can read the updates on the recent situation in the northern Syria by Andrew Osborn and Orhan Coskun (published on Reuters, 28 December 2020).

MOSCOW/ANKARA (Reuters) – Russia said late on Sunday it had sent more military police to an area in northern Syria where fighters backed by Turkey have clashed with Kurdish forces near a strategic highway patrolled by Russian and Turkish troops.

The deployment comes ahead of talks in Russia on Tuesday between Foreign Minister Sergei Lavrov and his Turkish counterpart, Mevlut Cavusoglu. They are expected to focus in part on Syria, where Turkey backs rebels opposed to President Bashar al-Assad, while Russia supports Assad’s forces.

Battles between Turkish-backed fighters and Kurdish forces erupted this month near the town of Ain Issa, which sits on the M4 highway that links major Syrian cities.

Turkish forces and their Syrian insurgent allies seized territory in the region in an offensive last year against the Kurdish YPG militia, which holds swathes of northern and eastern Syria.

A senior Turkish defence source said Ankara would use Tuesday’s meeting to push its demand for the withdrawal of the YPG, which it calls a terrorist organisation.

“The YPG must definitely leave Ain Issa and there is a readiness to take every kind of step to this end,” the source said, requesting anonymity.

Major Youssef Hamoud, spokesman for the Turkish-backed mainstream rebels called the National Army whose fighters are on the frontline with the YPG, told Reuters the Kurdish-led forces had used the town of Ain Issa to wage a string of car blasts this year, killing dozens of civilians.

The YPG forms the military backbone of the Syrian Democratic Forces (SDF) alliance which in recent years defeated Islamic State in northeast Syria with the help of U.S. air power. Ankara says the YPG is close to militants fighting an insurgency in southeast Turkey.

The Russian defence ministry said it had sent more military police to the area on Sunday.

“Earlier, during negotiations with the Turkish side, agreements were reached on the deployment of joint Russian-Syrian observation posts. Additional units of the Russian military police have arrived in the Ain Issa area today (Sunday) to step up efforts to stabilise the situation,” it said.

Hamoud said his forces had not seen a new deployment of Russian troops inside the town so far.

Moscow, whose warplanes also patrol the area, called on both sides to stop shelling each other and de-escalate.

It said it had not detected shelling from Turkish-backed fighters in the last 24 hours.

Share
Facebook
Twitter
Pinterest
WhatsApp
Previous articleArtists United For Osman Kavala : Nil Mutluer – “Osman Kavala is a soul Who constructs The Past And The Future in Present With Truth , And Who Works in The General Area of Culture , Democracy And Peace With Dignified Grace.”
Next articleNew Book : “Jews And Palestiniants in Late Ottoman Era , 1908-1914: Claiming The Homeland (Edinburgh Studies on The Ottoman Empire )” by Louis A. Fishman