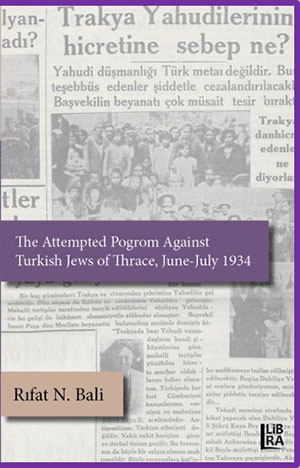 « In the 1930’s various cities of Eastern Thrace in Turkey, such as Edirne, Kırklareli, Çanakkale, were cities.where important Jewish Communities lived and thrived in businesses. In late June and early July 1934, during ten days, these peaceful Jewish settlements were suddenly attacked, houses and businesses were pillaged.

This book gives a short analysis of this quasi pogrom together with first hand testimonies of eyewitnesses, Jewish Telegraphic Agency’s news and reports from the American Ambasador of Istanbul. »

The Armenian Studies Program announced the publication of its latest book, “The Committee of Union and Progress: Founders, Ideology, and Structure,” Volume 13 in...
Read more
CULTURE