The deportation of syrian refugees from turkey , in 10 questions 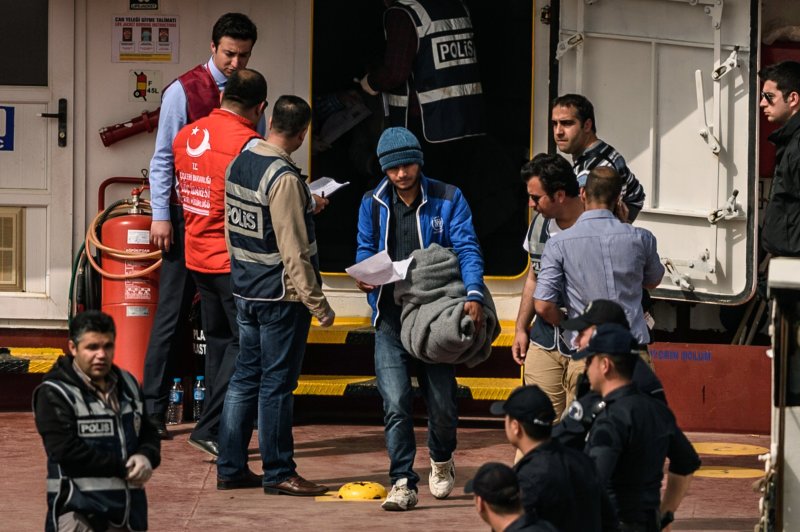 Government representatives of Turkey have been describing the recent deportation operations as combating ‘unregulated migration’. Yet the truth is quite different.

1) WHAT IS THE SOURCE OF ‘UNREGULATED MIGRATION’?

Being a migrant or a refugee is not a crime, it is a universal right enshrined in international law. Government representatives of Turkey have been describing the recent operations as those combating “unregulated migration.” Yet the truth is quite different. This is because 8 years passed since the Syrian war and the people taking refuge in Turkey still have not been granted the “refugee status”! The usurpation of this status is the main the reason for “unregulated migration.” For if Turkey were to grant the right of status, the refugees would then have been brought under international protection. In the absence of these, statements of the kind “we have caught so many migrants” project refugees as criminals and are extremely suspect.

2) CAN THE ISSUES BE RESOLVED WITH A SECURITY PERSPECTIVE?

Migration and asylum; is a multifaceted fact involving economic, legal, sociological and psychological dimensions. The AKP government has managed to turn the matter into an extremely convoluted one over the last 8 years. Therefore, operational methods will not yield a resolution. On the contrary, they increase fear and trauma amongst the refugees, while creating the perception that ‘refugees are to blame’ amongst the settled community. Besides, the General Directorship of Migration Administration is a part of the Ministry of Home Affairs and it considers matters from a ‘security’ perspective. Thus far Turkey does not even have a Ministry of Migration.

3) ARE IDENTITY CHECKS AND VERIFICATION OF UNREGULATED EMPLOYMENT WRONG?

Migrant and refugees without identity can certainly be checked. Unregulated employment should also be verified. However, those refugees employed without an identity or unlawfully cannot forcibly be driven out of the city or to the border. People who cannot even speak the language, who are bereft of legal support cannot be deported with signatures of ‘consent.’ This contravenes international conventions. On the contrary, refugees facing such circumstances should be placed under protection and legal support should be provided. Refugees facing starvation necessarily came to major cities. The economic basis of the question, deportations without secure employment legislation will push the families into the throes of hunger. The state should take the right to apply from the bosses and should grant it directly to the refugees.

4) ARE RETURNS TO SYRIA SAFE?

Although it seems that the Syrian civil war has withered away somewhat, due to the potential for tension and conflict, the country is still not safe for the return of refugees. In this respect, in whatever shape or form, the “secure zones” declared by global forces cannot still be considered as safe for refugees. The first condition of fundamental human rights is the right to life. As such, mass deportations to Syria through use of force or “signatures” received from asylum seekers violates human rights and the law.

5) WHAT HAPPENS IF DEPORTATIONS PERSIST?

Such repression will trigger migration to Europe rather than returns to Syria. Refugees will resort to even more fatal means, with more lives lost at sea and along borders. Along this, illegal life is offset in major cities, ghettos gain ascendance. Criminal networks go on the rampage. Refugee workers become isolated in workshops, with some not even seeing sunlight for days.

6) WILL UNEMPLOYMENT END AND RENTS DECREASE?

Those responsible for the economic crisis are not Syrian refugees but those who gain riches from this crisis. In other words, they are those who exploit both the native and the refuges workers on the same workbench. The media and politicians who account for unemployment, high living costs and rents with refugees are lying to the public. This is because in the jobs vacated through the expulsion of refugees outside of the city, native workers replacing them will not be receiving better wages. Shacks and basements vacated off Syrians will not be rented out on the cheap to poor citizens. Capitalism is a system which causes rivalry between labourers on the basest conditions and the replacement of the refugee by the native labourer does not change this state of affairs.

7) IS TURKEY SOLELY RESPONSIBLE FOR THESE DEVELOPMENTS?

To be sure, no. This is because the ‘Return Agreement’ imprisoning 4 million refugees in Turkey is also undersigned by the European Union (EU). EU’s silence in the face of deportations is significant. The United Nations (UN) has also a share in the developments. For the UN Refugees High Commission absconded from all its responsibilities in Turkey by leaving the entire authority to the General Directorship of Migration Administration. In other words, it infringed upon the very 1951 Convention produced by itself. Hence, the universal rights of the refugees were trampled upon.

8) IN THE PRESENCE OF POLITICAL TENSIONS, COULD THE REFUGEES NOT BECOME A TRUMP CARD?

The latest measures resulting in deportations are not isolated from political developments such as the negotiations with the EU over refugees, the gas crisis in the Mediterranean and tensions in Idlib. However, whatever the eventuality, refugees cannot be used as a trump card in wars, conflicts and imperial war for domination. Such an opportunistic policy cannot be supported by the workers and labourers. The labourers cannot espouse the involvement of neither other countries nor Turkey within such a war exploiting refugees as a trump-card. As for the policies in the home front…  AKP’s “vote losses” or “electioneering” concerns of some opposition parties cannot be the grounds for the deportations.

9) WHEN WILL THE SYRIANS RETURN?

The number of refugees wanting to return to their country is not at all small. The state of being stuck in Turkey, the impact of the economic crisis and ascending xenophobia further reinforced this tendency. However, this can only be possible once peace arrives in Syria and the countries demolished infrastructure is rebuilt. The process may take years. All draconian and repressive approaches which disregard this reality will bring about new violations of rights and new traumas. In any case, the struggle for peace and democracy is also on the shoulders of people of Turkey just as it is on the entire peoples of the region. On the other hand, once it is considered that the number of refugees born in Turkey has exceeded 400 thousand, it would be required to predict the presence of also a population which will never return whatever the conditions may be. Hence, rather than focussing solely on returns, the focus should be on living together.

10) WHAT THEN IS THE SOLUTION, WHAT IS TO BE DONE?

The practise of deportations should cease urgently. Turkey should do away with the reservations it placed on the 1951 Geneva Convention and should urgently grant “refugee status.” It would not be adequate to shelve the ‘Return Agreement’ undersigned with the EU, the agreement should be unconditionally annulled. In this way, Turkey will also an open a channel through which the EU and UN are rendered responsible in the face of this colossal issue. Internally, the country should build “the life together” with the refugees. To be sure, this necessitates a bilateral process of harmonisation. In other words, “integration,” is a process in which not only those arriving with migration but also the settled community has to be involved in. Further, hate speech should become a crime and fraternity should be brought to the fore. The labourers, pushing aside divisions of language, faith and race to one side, should espouse the refugee workers in international unity; and should develop their right and freedoms against competition and exploitation together.