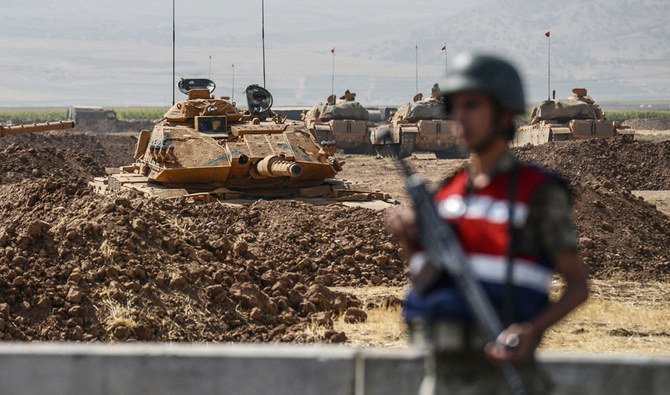 Turkey could use the deaths as justification to launch an operation against the PKK in Yazidi-dominated Sinjar, something Ankara has been lobbying Baghdad to greenlight.

The news has had a bombshell effect and risks escalating ethnic tensions between Turks and the country’s large Kurdish minority. The hashtag “Kahrolsun PKK” — which is Turkish for “May the PKK be damned” — was trending on Turkish Twitter as Al-Monitor went to press.

Turkish Interior Minister Suleyman Soylu vowed to avenge the victims, saying all efforts would be made to capture Murat Karayilan, the head of the PKK’s armed wing known as the People’s Defense Forces (HPG), and to “cut him into a thousand pieces.”

“If not may our faces be spat upon,” Soylu said via Twitter.

Devlet Bahceli, the head of the far right Nationalist Movement Party (MHP) and Turkish President Recep Tayyip Erdogan’s top political ally, said, “Nothing will be the same as before after this. Everyone should pick their side. Either treason or guidance. Either damnation or the people.”

Akar said Turkey had launched the operation in “self-defense” and to verify intelligence concerning the whereabouts of the Turkish captives.

He said the operation had been completed and that all forces had returned to their bases.

The governor of Malatya province, where the bodies were taken for autopsies, named six soldiers and two police officers believed to have been taken by the militants around five to six years ago. Three of the victims remain unidentified. Turkey has been lobbying Baghdad to greenlight an operation against the PKK in Yazidi-dominated Sinjar. It may use the deaths as justification to launch such an attack, though the presence of Iran-backed Shiite militias in Sinjar complicates such plans.

President of the Kurdistan Region of Iraq Nechirvan Barzani, a close ally of Erdogan, has yet to comment on the carnage in Gare. Masrour Barzani, prime minister of the Kurdistan Regional Government (KRG), has not commented either. KRG officials speaking off the record to Al-Monitor said they “still don’t know what happened exactly.” Gare provides strategic access for PKK militants infiltrating Turkey from Iraq.

The HPG has denied killing the hostages. In a statement on its website, the group blamed Turkey and Akar for the deaths. The HPG claimed that Turkish war planes had bombed the camp where the hostage were being held on Feb. 10. It said some of the Turkish soldiers, policemen and members of the national intelligence agency MIT being held there were killed as a result of the bombings and during clashes when ground forces attacked the camp.

Turkish officials refute this version of events. But Akar’s words about verifying intelligence about where the hostages were being held, coupled with the HPG’s Feb. 11 statement claiming that the camp had been struck, prompted speculation of a botched rescue operation. The authorities acted swiftly to snuff it out.

The Ankara chief prosecutor’s office launched criminal investigations against an unspecified number of individuals Sunday for sharing content deemed to be “terrorist propaganda.” This included what appears to be drone footage published by the HPG which allegedly shows before and after shots of the Turkish attacks on the camp in Gare as well as a video previously shared by the HPG in which one of the slain abductees, non-comissioned gendarmerie officer Semih Ozbey, appeals for help to secure his release.

Those being investigated over their tweets include lawmakers Huda Kaya and Omer Faruk Gergerlioglu of the pro-Kurdish Peoples’ Democratic Party (HDP). Gergerlioglu, who has made his mark championing the cause of the thousands of prisoners of conscience in Turkey, showed no signs of being cowed. “So what if you launch an investigation into the truth. So what if you launch an investigation into demands for life, for peace. Decrying death, saying there could have been a solution, is this what is worthy of an investigation?” he asked.

The HDP faces unremitting pressure with hundreds of its members, including elected officials and lawmakers jailed on charges of cooperating with the PKK. Bahceli is demanding its closure and will likely seize on what he called “cave terror” to that end.The HDP in a statement took aim at the government for spurning opportunities to secure the hostages’ freedom through “diplomacy” and undertaking “military operations with unclear objectives instead.”

Erdogan, whose poll numbers are wilting in the face of rising poverty and unemployment, may continue to resist Bahceli’s demands. But he may well exploit public fury over the deaths to drive a further wedge in the opposition’s continued efforts to unite against him and paint their collaboration with the HDP as more terror coddling.

The PKK, which is designated as a terrorist organization by the United States and the European Union, has targeted civilians. But it does not have a history of killing hostages. Rather, it sees them as bargaining chips to relaunch peace talks with the government and to fend off attacks. It has freed captive Turkish soldiers in the past through the mediation of Kurdish politicians and rights activists.

It remains unclear how many Turkish nationals are still being held by the PKK. The last known abductions of Turkish officials took place in August 2017 when the militants nabbed two MIT officials in a sting operation near Sulaiymaniyah in Iraqi Kurdistan.