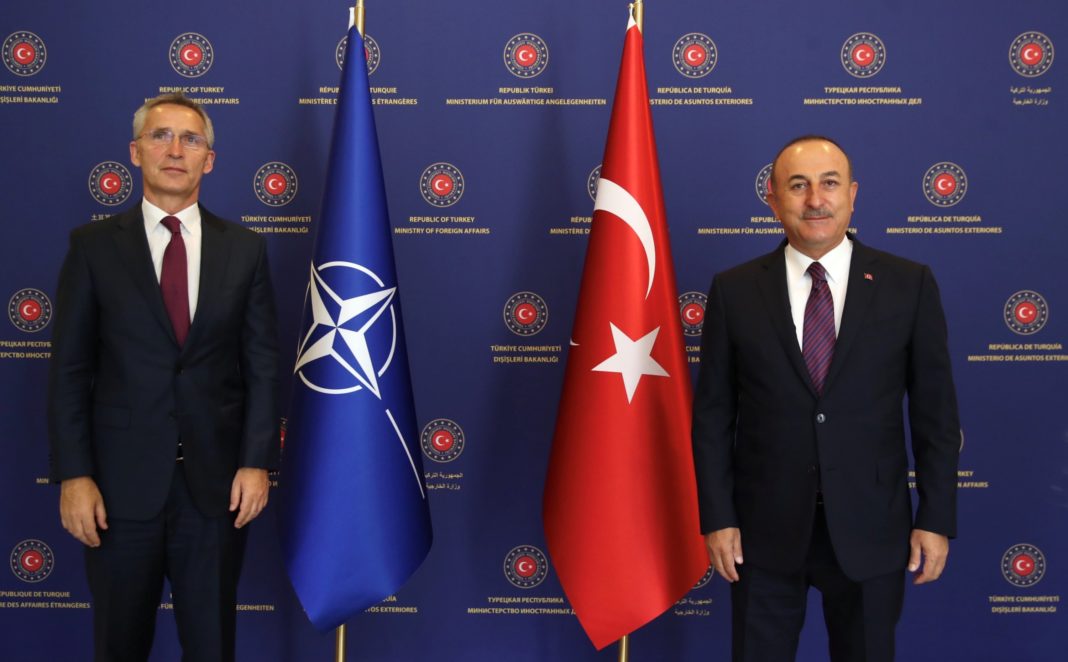 « All happy families are alike; each unhappy family is unhappy in its own way. Leo Tolstoy’s famous opening in Anna Karenina applies also to alliances. Right now, NATO is unhappy with Turkey, the European Union with Hungary. For the sake of all involved — including cherished relatives such as Sweden and Finland — let’s hope these families sort things out » reports Andreas Kluth in Bloomberg.

The most urgent challenge is to get the Finns and Swedes, who are members of the EU but not yet of NATO, into the transatlantic military alliance for their own safety and NATO’s.

Following the brutal attack by Russian President Vladimir Putin against Ukraine, both Nordic countries are dropping their traditional neutrality to seek protection within NATO. The alliance, in turn, is delighted to have them, because the Scandinavians would make it stronger — especially in defending Estonia, Latvia and Lithuania just across the Baltic. But speed is of the essence. If Putin were to “retaliate,” he’d do it during the interim between application and accession.

The alliance would have more control of the Baltic Sea if Sweden and Finland joined.

Enter Turkish President Recep Tayyip Erdogan. He’s long been the alliance’s bete noire. He has repeatedly threatened another NATO country, Greece. To howls of criticism from allies, he has also bought a Russian air-defense system from Putin that could compromise NATO processes.

And now he’s noticed how excited the 29 other NATO allies are about welcoming the Swedes and Finns. This is an opportunity, he’s concluded, to make another fuss about his pet peeve. That would be the Kurds.

Turkey has long fought against Kurdish separatists in the country’s southeast and their partners in Syria and elsewhere. To Ankara, all these groups are terrorists. But other Western countries differentiate and don’t clamp down on all Kurdish dissidents with the same enthusiasm. That bothers Erdogan. “Scandinavian countries,” he said last week, “are like guest houses of terrorist organizations.” Turkey, he suggested, may block Swedish and Finnish membership in NATO.

It’s not the first time Erdogan has tried to ruin the West’s family dinner. He’s also threatened to steer refugees toward the EU, among other things. Often he plays to a home audience — his supporters apparently like seeing him thumb his nose at Europe and the US.

But his recalcitrance toward the Nordics is particularly myopic. After all, the ability of the alliance to deter aggression is a matter of War and Peace. Now it’ll take some nimble and assiduous diplomacy by NATO, Sweden and Finland — and concessions on the part of the latter two — to get Erdogan onside.

A similar tussle is playing out between the EU and its bugbear member, Hungary (which is also in NATO). Prime Minister Viktor Orban has for years been undermining the rule of law and other democratic institutions, ignoring the EU’s censure and turning Brussels into the hobgoblin of his domestic propaganda. He also used to make goo-goo eyes at Putin, whose dictatorial machismo he apes.

Since the invasion of Ukraine, Orban has gone along with several rounds of EU sanctions. But he’s still blocking the ones that would cause Moscow the most pain, such as an embargo on Russian oil. Hungary is also one of the few Western countries that haven’t yet sent any weapons to Ukraine for its self-defense.

In all these ways, alliances and communities of nations resemble the families in Tolstoy’s novel. The interesting ones — in this case, the Oblonskys, Karenins and Levins — are mostly unhappy, but each for its own reasons. Relatives get into each other’s hair. Family members must sacrifice their feelings, preferences and freedoms just to keep the clan together. Is such torment worth it?

Oh it is, Tolstoy implies. And any decent geopolitical strategist would agree. Just remember what’s at stake in each context. Putin is violating all the rules of international relations, from the sovereignty and integrity of states to norms governing the humane treatment of civilians in war. He’s wantonly threatening even nuclear escalation.

In Tolstoy’s universe, the menace comes from the entire world outside. You only survive and thrive, the novel suggests, if you stay committed to the family, even if it’s dysfunctional. The Oblonskys overcome infidelity and stick together. The Levins also ride it out and find stability and fulfillment. But the Karenins fall apart.

That’s mainly because Anna, solipsistic like Erdogan and Orban, doesn’t see the big picture and must have it her own way. It’s now up to all other leaders of the West, both those in NATO and the EU, to remind the two rogues in their midst of the importance of family values at a time of grave peril. Happy or not, we must stick together. Otherwise, somebody could end up — like Anna — thrown under a train.