Turkey is Placed on probation By G-7 Financial Task 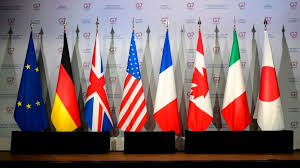 The G-7 Financial Action Task Force (FATF) placed Turkey under probation for the lack of preventative measures against financing terrorism and money laundering. In the report of FATP, it is said that Turkey will be considered for an international “gray list” at the end of a year-long probation.

“The FATF report pointed to 9 out of 11 criteria set to battle financing terrorism and money laundering and said that Turkey needed to demonstrate “basic” or “significant” improvement in these areas…. The report noted that the Turkish judicial system tried many terrorism suspects, but that it doesn’t give enough priority to the claims of financing terrorism or money laundering. Unless improvements are seen at the end of the one-year probation period, Turkey will join Pakistan, Yemen and Mongolia on the “international gray list.”” said on online newspaper Duvar.

In the report, it is noted that the workload for Turkey’s judicial system had increased following the coup attempt of July 15, 2016 and that cases unrelated to the main coup suspect Gülen organization were disregarded. The report stated that this imbalance “is incoherent with Turkey’s risk profile and the risk evaluation of the FATF.”

Besides this, there are concerns about Turkey’s compliance with European Union sanctions against Iran, North Korea and the Taliban.