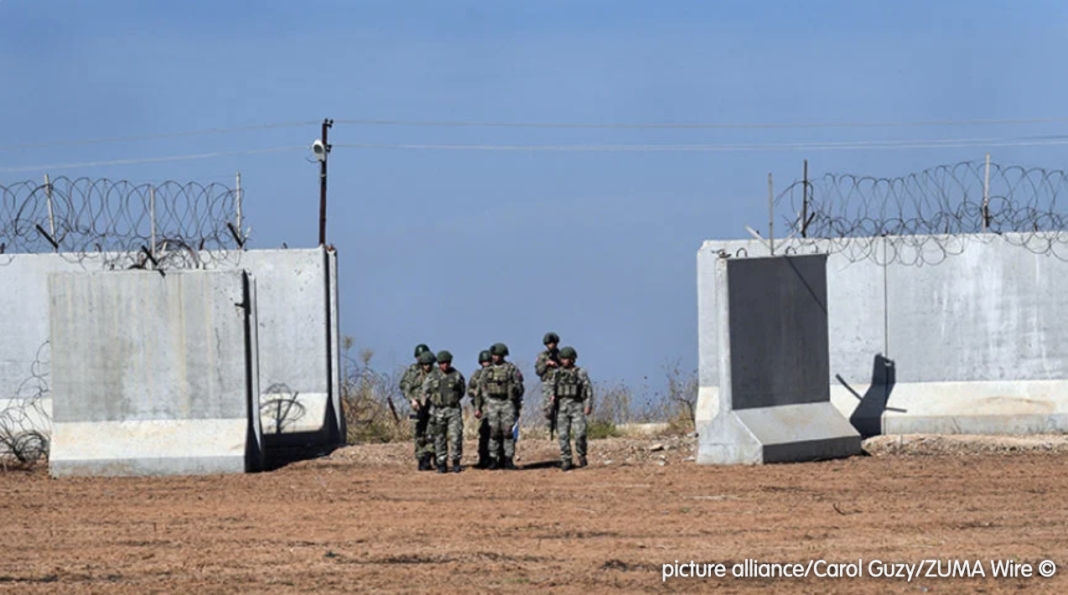 A proposal for the EU to fund controls at Turkey’s eastern border is “really problematic” and could lead to refugees being forced back into Syria, Iran and Iraq, critics have warned.

According to a leaked plan seen by the Guardian, the European Commission wants to fund “border control” at Turkey’s eastern frontier as part of efforts to deter refugees and migrants from coming to Europe.

The draft – to be debated by EU leaders at a summit on Thursday – calls for €3bn (£2.5bn) from the EU budget to fund refugee aid and migration policy in Turkey, with an unspecified part of the money earmarked for border control.

The EU is seeking to update its 2016 pact with Ankara, a controversial deal where the bloc agreed to spend €6bn on Syrian refugees in Turkey, in exchange for greater efforts from Turkish authorities to stem the flow of migrants into Europe.

The commission suggests spending a further €3bn on migration programmes in Turkey, where at least 3.7 million Syrians live, with €2.2bn for refugee aid in Jordan, Lebanon and Syria.

But proposals in the draft that EU funding should move beyond an exclusively humanitarian focus – including “funding for migration management and border control, notably at Turkey’s eastern border”, according to its text – is likely to draw fire from those who argue the EU is building a “fortress Europe” that rides roughshod over the rights of asylum seekers.

Turkey shares a border with Idlib province, the only part of Syria outside the control of President Bashar al-Assad after 10 years of war in the country. The UN has warned that millions face disaster if the UN fails to approve maintaining an aid-crossing route between Idlib and Turkey next month.

More than 1 million Syrians in Turkey do not have work permits, leaving them vulnerable to exploitation by employers. About 400,000 refugee children in Turkey are not in school, leaving them vulnerable to mental health problems, child labour, child marriage and other forms of exploitation, according to Unicef. In Lebanon, 89% of 850,000 Syrian refugees live in extreme poverty, according to the UN.

Some of the EU’s proposed €3bn for Syrian refugees in Turkey would be used to fund “the most urgent needs of refugees and host communities”, the document states, referring to health services, education, social protection, skills development and job creation, but the split of funds between these socioeconomic projects and border control is not specified.

Tineke Strik, a Dutch Green MEP who focuses on migration, told the Guardian that the latest commission plan posed a lot of human rights questions. “It is very good that [these countries] are getting more money. The problem of course are the conditions in the granting this money. It is clearly aimed at keeping everyone there and to prevent the departure of people to the EU.”

She fears the EU would be funding Turkish authorities’ illegal “pushbacks” of refugees fleeing Syria, Iran and Iraq. “At the eastern border we know that not all Syrians are safe in Syria at the moment … and it would mean that people cannot leave the country any more, even if there would be a need for protection.”

Asylum seekers coming from Iraq and Iran would also face “a lot of difficulties in asking for protection,” she added. “This is really problematic and with such a deal you increase the incentives for Turkey to close its border … that would actually mean that we would fund pushbacks and prevention of entrance into Turkey.”

Catherine Woollard, director of the European Council on Refugees and Exiles in Brussels, said she was concerned any funding for border control would prevent people from reaching safety and leaving Syria: “There is a high risk that EU funds are used to support activities that may lead to refoulement [forcible return]or other violations, if a chunk of the money is earmarked for border management and border control.”

Turkey “is hosting more refugees than any country in the world, so it’s right that support and funding should be provided”, she said, while urging the EU to focus funds on improving the Turkish asylum system and the long-term economic and social rights of refugees. “Turkey in a way is able to ask for whatever it wants from the EU and is also able to act in any way that it wants because of the dependency created by the EU-Turkey deal,” she added.

The EU is treading a tightrope in relations with Turkey as it seeks to criticise the crackdown on human rights and rule of law under President Recep Tayyip Erdoğan, while keeping the 2016 migration deal alive.

Erdoğan, who often threatens to allow refugees and migrants to travel to the EU, sparked fury across the bloc when he opened his country’s western borders in February 2020, resulting in chaotic scenes as Greek troops tried to repel people from entering its territory.

The Turkish government has also accused the EU of being too slow in releasing the funds, promised more than five years ago. The latest proposal states that the EU has given €4.1bn of the €6bn promised in 2016 to support at least 3.7 million Syrian refugees living in Turkey.

The ideas, penned by the commission under the guidance of France and Germany, will be put to all EU leaders at a summit in Brussels on Thursday and Friday. The proposals would have to be signed off by member states and the European parliament.

The Turkish government said it had no comment on the proposal, as it has not been finalised.