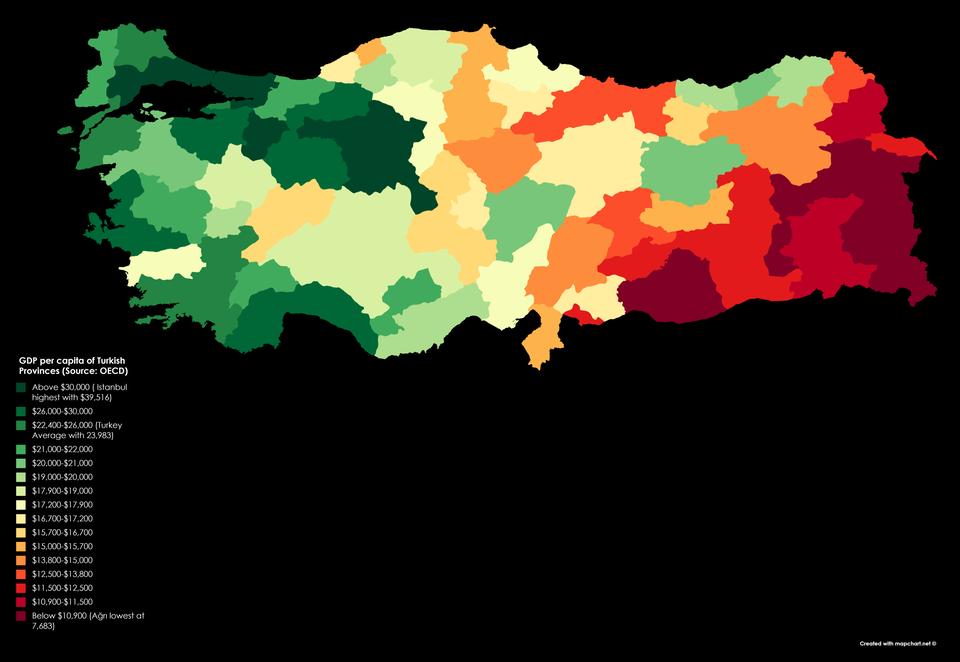 GDP figures by production approach…
As data by production approach revealed, all the main sub-sectors except construction provided a boost to the GDP growth in the first quarter of 2020. In this period, services sector accounted for the largest contribution to growth by 2.2 pps. Industrial sector made its highest contribution since the first quarter of 2018 with 1.3 pps. The construction sector, however, pushed the growth down for the seventh consecutive quarter by limiting it by 0.1 pp.

Expectations…
A lower-than-expected growth in the first quarter supported pessimistic expectations about the impact of Covid-19 for the second quarter. Against this backdrop, the annual drop in GDP in the second quarter is expected to reach double digit rates. In the second half of the year, on the other hand, we anticipate that economic activity will recover along with the measures taken to support the economy and the recent normalization steps. Despite adverse external demand conditions, the decline in commodity prices, particularly oil, signals that the risks on net export performance may be relatively balanced. Gradual easing of restrictive measures around the world and the uncertainty regarding the course of the pandemic will continue to be important factors that may affect economic activity in Turkey in the period ahead.

Turkey’s GDP came in at 742.9 billion USD.
Turkey’s annual GDP as of the 2nd quarter of 2020 was realized as 742.9 billion USD. The said amount was 760.8 billion USD at the end of 2019. In addition to the contraction in the economy, the depreciation of the TRY was also effective in the decline in annual GDP in USD terms.

Decline in main expenditure groups…
According to the expenditures approach, all groups except stock changes, which include statistical errors as well, contracted annually on real terms in the 2nd quarter of the year. The widespread measures taken against the virus pandemic during this period, especially in April and in the first half of May, led a rapid decline in private consumption expenditures. While the said item lowered the GDP by 5.1 points, the decrease in public consumption expenditures limited the growth by 0.1 points.
The strong pressure on the export volume due to the global contraction in economic activity led exports to limit GDP by 9 points in the 2nd quarter of the year. On the other hand, with the effect of the decrease in import volume, net exports limited the growth by 7.8 points in total.

Rapid decline in the services sector…
Due to the measures taken against the virus pandemic, the services sector dragged the growth down by 6.7 points in the 2nd quarter of the year. During this period, disruptions in production caused the industrial sector to push down growth by 3.3 points. The agricultural sector, on the other hand, contributed 0.2 points to growth in the 2nd quarter of 2020. In addition, the 27.8% annual increase in financial and insurance activities confirmed that the economy was supported by the credit channel against the pandemic in the 2nd quarter of the year.

Expectations…
The limiting effect of the coronavirus pandemic on economic activity was clearly felt in the 2nd quarter of the year. Despite the accelerated normalization steps in June, economic activity recorded the fastest decline since the global crisis, especially with losses recorded in April and May. During this period measures such as curfews, travel restrictions and social distance put pressure on the services sector, especially on tourism. Along with the normalization steps, the leading indicators for the 3rd quarter point to a recovery trend in economic activity, but the continuing increase in the number of cases worldwide creates uncertainty for the upcoming period.GDP_2020Q1DownloadGDP_2020Q2