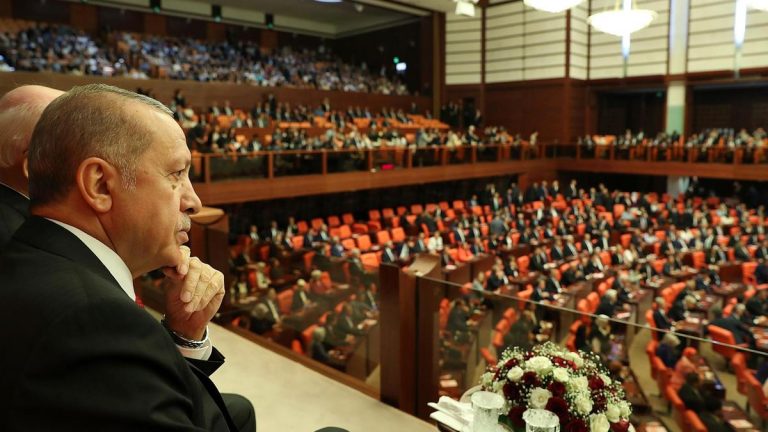 Turkish presidency on Oct. 18 submitted a motion to the parliament for the nation’s 2019 budget for the first time under the new presidential system.

Treasury and Finance Minister Berat Albayrak is set to present the budget to parliament’s Planning and Budget Commission on Oct. 23.

The budget will be debated at the commission as of Oct. 30 for two weeks at least.

Later, it will be debated at the general assembly in early December, where a heated exchange is expected ahead of upcoming local elections on March 31.

Ankara targets 3.5 percent growth in 2020 and 5 percent by 2021, according to the new economic program announced by Albayrak on Sep. 20.