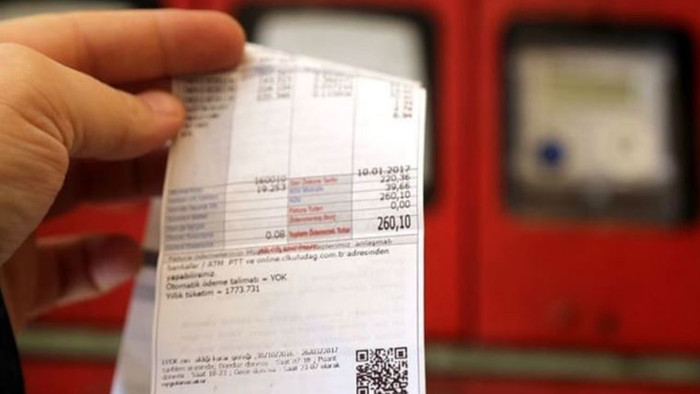 « Industrial enterprises in crisis-hit Turkey have faced energy price hikes of up to 400% over a year, atop other economic blows, and many might not survive the turmoil, experts warn » comments Muhdan Saglam in Al-Monitor.

Massive price hikes on electricity and other energy items have dominated Turkey’s public agenda for weeks, aggravating costs in an economy that was already grappling with soaring inflation fueled by the sharp depreciation of the Turkish lira.

Households were hit by gas and electricity hikes of up to 127% at the turn of the year, while the industry has faced even higher energy hikes, reaching up to 400% over a year. The skyrocketing costs of the industry are reflected in the big gap between producer and consumer inflations, which climbed respectively to 93.5% and 48.7% in January.

The government has blamed the price increases on the global energy crunch, but the added impact of Ankara’s economic policies is beyond question, hence the whopping scale of the hikes. Under pressure from President Recep Tayyip Erdogan, who holds the unorthodox view that high interest rates cause high inflation, the central bank lowered its policy rate by 500 basis points in the last four months of 2021, doing the opposite of what conventional economic theory prescribes to fight inflation. The cuts fueled the slump of the lira, which lost more than 40% of its value against the dollar last year.

Rebounding from historic lows in mid-December, the lira has stabilized in the region of 13.5 versus the dollar. But even this rate means that the price of the greenback has risen 90% over a year. The slump of the currency has nearly doubled production costs in an import-reliant economy where the average rate of imported inputs is 30%, reaching up to 90% in some sectors. And the energy hikes have further compounded the woes of producers.

According to Erdal Tufekci, a board member of the Food Retailers Association, the price hikes on electricity, gas and fuel have badly hit the food sector, where many manufacturers and retailers depend on nonstop energy consumption for cooling or heating. Due to falling purchasing power, consumers have been buying in smaller quantities and turning to cheaper brands, Tufekci noted. “With costs on the rise and demand dropping, many companies have come to slim down packages in a bid to sustain sales without compromising quality, but this, too, has limits,” he said.

The country’s shopping malls, which number about 450 and employ more than half a million people, are under growing strain as well. Beytullah Aksoy, an Istanbul-based senior executive in the sector, told Al-Monitor that the shopping malls were grappling with hefty heating and illumination costs even before the latest energy hikes. “The investors of more than 100 shopping malls are struggling to repay the loans they used to build the shopping malls. Retailers, meanwhile, are reluctant to open new stores because of the rising costs. As a result, we have been struggling to find retailers to rent stores in shopping malls. Moreover, some retailers aim to reduce the number of their stores,” he said.

Only four new shopping malls were opened in Turkey last year as construction costs shot up as well, Aksoy noted. Scores of entrepreneurs in the sector have been forced to review their plans, with some suspending new projects or revising them for alternative use, he added.

Burak Arzova, a senior academic at the business management department of Istanbul’s Marmara University, warned of looming bankruptcies unless Ankara enacts measures to alleviate the burden of producers. “The latest energy hikes came at a time when industrial enterprises were already at a loss of how to deal with rising costs. If they choose to raise prices, their sales would drop, and if they don’t, they would begin to reduce other costs,” Arzova told Al-Monitor. “Cutting labor costs is the first to come to mind, meaning layoffs. But unless serious measures are taken, we’ll be hearing of insolvencies and bankruptcies soon,” he added.

Fitch not only downgraded Turkey’s debt rating, but it kept the country’s outlook at negative, meaning that credit rating agencies are not buying the government’s “new economic model,” Arzova said. “A negative outlook signals that further credit rating cuts might follow. As a result, foreign investors who have still been considering investing in Turkey could give up on such plans because foreign investors heed those ratings,” he added.

Turkey’s Union of Chambers and Commodity Exchanges and other major business groups have called on Ankara for incentives to weather the crunch. The government has yet to respond. Pundits, meanwhile, agree that the producers’ wiggle room to minimize price increases is shrinking by the day. It is a double-edged sword whereby price hikes would stoke inflation and downsizing would fuel unemployment, not excluding the risk of bankruptcies.