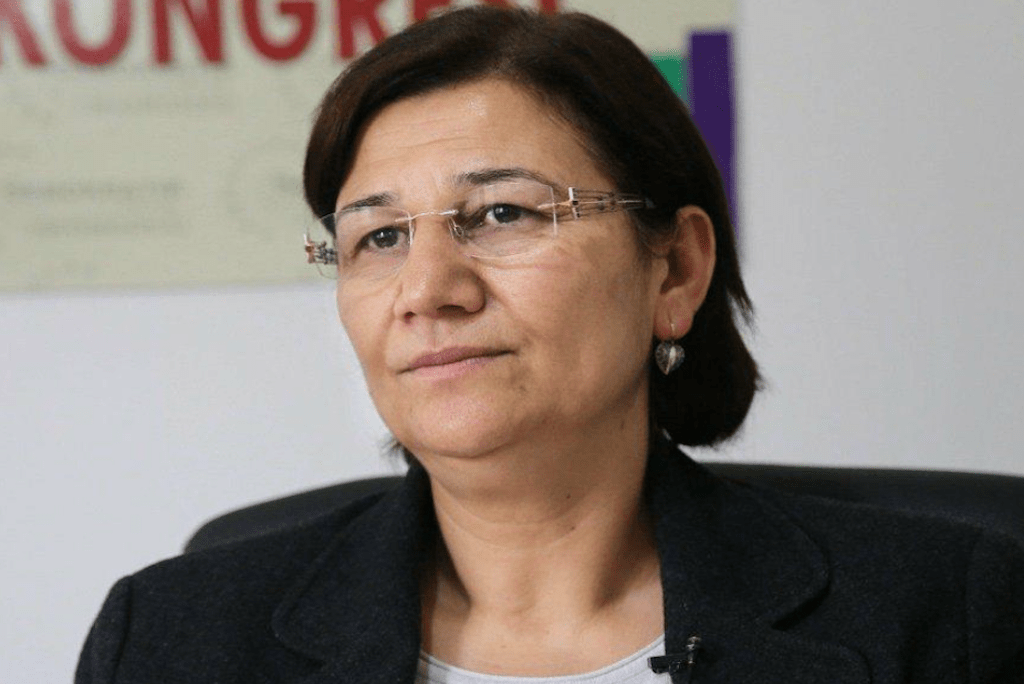 Inmates Beçet and Sağlam have ended their lives in protest of the isolation conditions imposed on PKK leader Öcalan. HDP MP Güven, who is on a hunger strike to protest the isolation has said, “Don’t end your lives. I can’t carry on like this.”

Two inmates who were imprisoned because of charges related to the Kurdistan Workers’ Party (PKK) have ended their lives in protest of the isolation conditions imposed on PKK leader Abdullah Öcalan.

In the Gebze Women’s Closed Prison, inmate Ayten Beçet claimed her own life, leaving a letter behind her that said she ended her life in protest of the silence on the hunger strikes in prisons which are being conducted against the isolation on Öcalan.

Lawyer and MP Gülüm: ‘She left a letter behind’

Speaking to bianet, Peoples’ Democratic Party (HDP) İstanbul MP Lawyer Züleyha Gülüm said that Beçet’s death is not suspicious and it is certain information that she died by committing suicide.

Gülüm said that Beçet has been in prison for five years because of PKK membership and had a remaining term of two years.

HDP Co-Chair Buldan: ‘Isolation is a crime against humanity’

“We want to call the Ministry of Justice and the government once more. How many more people’s death will you shut your eyes to? How long you will stay close-lipped concerning the removal of the isolation?

“Once more we say, ‘Isolation is a crime against humanity. Mr. Öcalan has the right to meet with his family and attorneys. Taking away this right from people, you disregard your own laws.”

Ayten Beçet’s mother spoke to the Mezopotamya News Agency on her daughter’s death. She said,

“She told me on the phone, ‘Don’t do anything outside. I will do something here.’ She had one year and eight months to complete her sentence.

“Enough is enough, the deaths should come to an end. My heart was hurt so bad, I don’t want other moms’ heart to be hurt. Moms should stand up and say ‘Enough’ to this was. Our only request is peace.”

Ayten Beçet’s body was transferred to the southeastern province Antep from Gebze by land.

On Saturday night, her funeral was held under the supervision of the gendarmerie.

After long discussions with the police, they were allowed to leave the neighborhood and went to the cemetery.

This time, they were blocked by the gendarmerie at the entrance of the cemetery. The gendarmerie commander said that they cannot let the MPs attend the funeral upon the “order they received.”

Zehra Sağlam, an inmate at the Oltu Type-T Closed Prison in eastern Erzurum province has ended her life.

The 23-year-old inmate’s body was brought to the Institution of Forensic Medicine in Erzurum. The Mezopotamya Agency reported that her body will be buried in her hometown Varto in Muş province.

More than 300 inmates are on a hunger strike in protest of PKK leader Öcalan’s conditions in prison.

Inmate Zülküf Gezen was the first inmate who ended his life.

HDP MP Leyla Güven, who has been on a hunger strike for 138 days, has called the inmates to not end their lives.

Sending an audio message to the Dengê Welat radio, Güven said in brief,

“Our first priority is to keep our morale and motivation high. Our ideology is based on the revolutionary not dying easy. [Our ideology] is to resist until the end. And we are resisting.

“No one can say that these protests won’t accomplish a result.

“I bow respectfully before friend Zülküf, friend Ayten and friend Uğur. they wanted to break the silence with a self-sacrificing soul. But I want to say that every friend does this takes away a part of my soul, my heart.

“We have respect for these acts. But I want to say that we already have a protest that was started. We are already protesting. We are close to getting results. We should be around the hunger strikers. We shouldn’t do new protests.

“I want you to gather around the hunger strikes and not do self-sacrificing acts. Honestly, they make me lose strength. Whatever I do, they affect me emotionally, they increase the burden on me. I can’t move along like this. I hope that my friends will behave like this and we will make our protest end in success.”