“Which side of history are you on , Mr. Borrell? ” by Yavuz Baydar 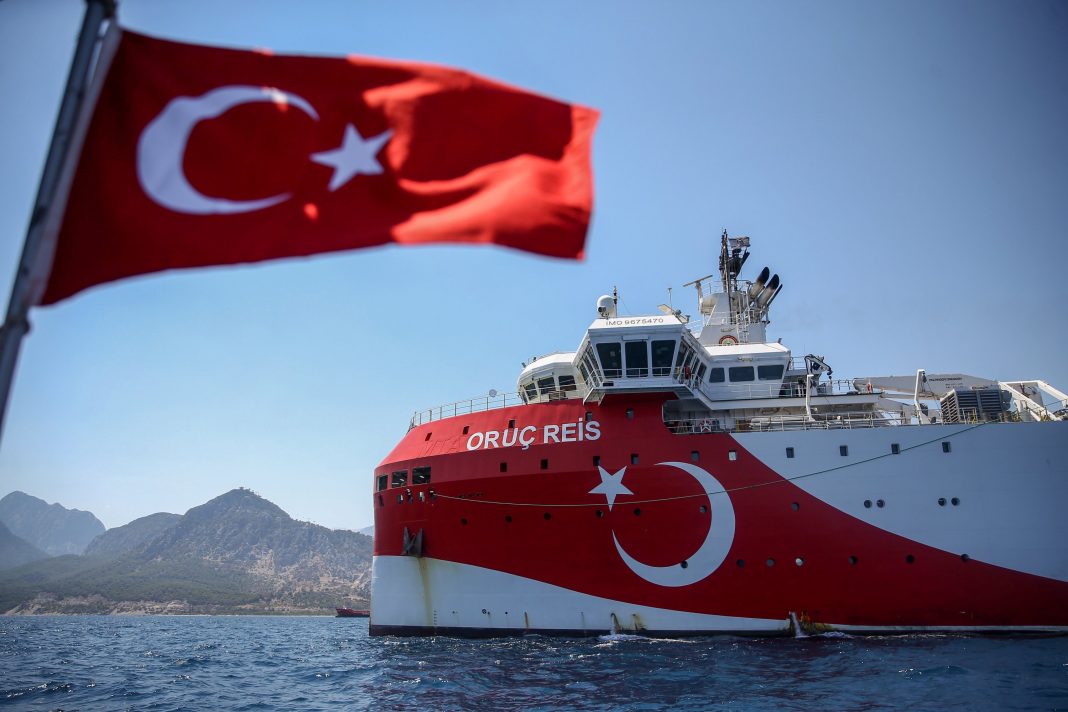 As the crisis in the eastern Mediterranean continues to escalate with the Turkish government in the lead, a most baffling part is being played by Mr Josep Borrell, High Representative of the European Union.

An appointed top figure of the EU’s rather blurred foreign policy, Borrell has lately displayed a pattern of behaviour which a growing number of observers have started to question. On behalf of whose interests does he exercise his duties regarding the East Med crisis; the EU’s or Turkish President Recep Tayyip Erdoğan’s?

The latest escalation was triggered by Ankara’s strong reaction to what it sees as “the so-called agreement” between Greece and Egypt delimiting exclusive economic zones, apparently based on the Treaty of the Law of Sea.

Perceiving the move as an act to override and invalidate the agreement signed in November between Turkey and Libya’s Government of National Accord (GNA), Erdoğan on Friday announced that he was pulling out of his promises that he had made to German Chancellor Angela Merkel on a moratorium, and Turkey would immediately resume its drilling activities around some Greek islands off the coasts of Turkey and Cyprus.

His words were rapidly followed by the reports that a large Turkish naval fleet had set off towards the area of growing tension.

On one level, the conflict is between two NATO allies, but on another one it is objectively about EU territory and its borders.

Turkey may have been keen on questioning some sea demarcation lines, but because it is not an EU member the dispute is not an intra-EU matter.  Rather, it is one that should normally be considered as whether the borders of two EU members are under open threat or not.

On another level, it is apparent that Erdoğan’s Turkey – energy-dependent and in deepening economic crisis – has stepped up its activities for access to fossil fuel sources. Its pro-active engagement in Libya should be seen primarily in this context.

But here the main question is Turkey’s highly assertive “militarised” means to achieve its objectives, an approach that side-lines diplomacy. Regarding the Turkish official attitude as a blend of thuggish behaviour, blended with an adventurism that involves thousands of jihadist mercenaries recruited by Ankara and sent to Libya, France – a powerful member of the EU – seems determined to block Ankara’s efforts to get foothold in Libya.

So, where is Mr Borrell in all this? Normally, as the EU’s top diplomat, he should have coordinated all the efforts in the name of its common security interests. To be able to do so in an efficient manner, if necessary, he should be the one to choose the language of resolve, rather than appeasement, with a counterpart whose sincerity is in question and whose foreign policy goals indicate a potential clash with some EU members.

But, as I say – normally. Not much is normal these days with the EU’s wobbly approach to Libya crisis, which has for some time emboldened Erdoğan and his team to advance an agenda which sooner or later will challenge the EU, as well as tip the delicate balances in the MENA region once more towards to the advantage of jihadist circles and the Muslim Brotherhood.

In order to reach its goal to have access to parts of Libya, Erdoğan acts – from his vantage point – correctly. He knows it is only possible if he can drive a deep, paralysing wedge between the EU member states – on a divide and rule basis.

This is – objectively speaking – what is now happening between Ankara and Rome (discreetly) and, between Turkey and Malta (openly).

We can now place Borrell in an amazing snapshot. He met Mevlut Çavusoğlu, Turkey’s Foreign Minister, in Malta on Thursday. The meetings in the Maltese capital had eminent guests such as GNA representatives. Few reports emerged out of Cavuşoğlu’s meeting with his Maltese counterpart, but the persistent rumours suggest Turkey may be seeking the assistance of Malta in case it launches a deeper military operation on Libyan soil.

Although he was not officially part of such proceedings in Valetta, Borrell had to “witness” controversial contacts between Turkey, Malta and the GNA. He watched silently when Malta declared that it officially withdraws from the EU’s “Operation Irini”, agreed and put in place by the EU member states to control the illegal arms trafficking to Libya, and – mind you – promoted by Borrell himself.

This episode was, to put it mildly, a scandal.

The baffling part has to do not only with this, but also with Borrell’s treatment of Çavuşoğlu, whose choice has for a long time is based on a language of threats, maximalist positioning, and rejectionism of the culture of negotiations.

After the meeting in Valetta, Borrell tweeted:

“Continued exchanges with @MevlutCavusoglu on how to reverse current negative trends and find ways to strengthen our relations. Situation in Eastern Mediterranean requires sustained de-escalation, concrete action and work in good faith, in accordance with international law.”

“Good EU-Turkey relations are in the interest of all; we need to jointly address differences through dialogue and avoid unilateral actions. At EU Foreign Ministers informal meeting in Berlin end August, relations with Turkey will be on agenda.”

Continued exchanges with @MevlutCavusoglu on how to reverse current negative trends and find ways to strengthen our relations.

Now, the question is whether or not Borrell is simply stalling, or revealing his naiveté. If it is the latter, it is tragic: Çavuşoğlu left Valetta in triumph, having won the Maltese over to the Turkish side.

Besides, he knows by long experience that as long as top European figures choose appeasement, it will mean a continued green light for Ankara to pursue its regional policy goals.

Does Borrell know that there are no tangible, meaningful EU-Turkey relations any more? The accession process is in – at best – a deep freeze. There is no longer a Turkish perspective within the EU.

There may still be a few people around Erdoğan who see a future within the EU, but the sheer fact is that the regime has changed entirely in Turkey.

The domestic stakeholders of the new system are fiercely and irreversibly anti-EU – such as the ultra-nationalist Nationalist Action Party (MHP). The total disrespect for human rights, rule of law and profound corruption makes it nearly impossible to speak logically about “good relations”. It is over.

So, against the backdrop of such a reality, a compatible realism in the approach to Turkey would make sense. Otherwise, the risk is to make oneself a laughing stock, and that is not recommended. Especially not these days, when the ghosts of war are dancing about on the high seas of Mare Nostrum.