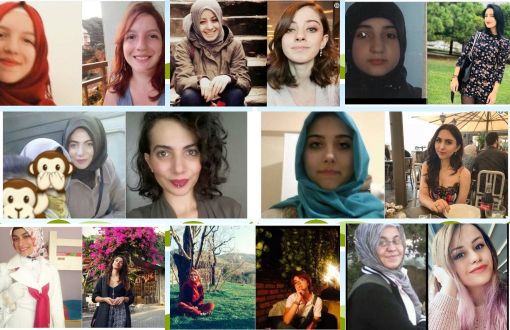 The #10yearchallenge has become a platform for women who abandoned their headscarves in Turkey. Sharing their photos with and without headscarves, women make their struggle more visible.

People sharing their photos from ten years ago and today under the hashtag #10yearchallenge put a spotlight on the struggle of women who abandon their headscarves.

One of them is Büşra Cebeci, a journalist and a former intern for bianet. She made a series of articles and interviews for bianet entitled “The Changing Journey of the Struggle for Headscarf”, reviewing struggles of women who cover their hair in the 1990s, the obstacles they face in education and working life and struggle of women who wanted to abandon their headscarves.

In the first article, which was published almost a year ago, she said,

“In this series of articles, we will read about the solidarity of women who cover their hair by their own will and women who abandon their headscarves, respect for different identities and equality.

“Is the headscarf, which has been debated for years, a “problem” of women or male politics?

“Now women have their say…”

It has been almost one year and the #10yearchallenge hashtag, under which people share their photos from 10 years ago and today has become a campaign for women who abandoned their headscarves.

Whereas the viral campaign was started by Hollywood celebrities for effect, it gained a political dimension in Turkey. In their tweets, people mentioned rising costs of living, destruction of the environment or politicians who say the exact opposite of what they said 10 years ago.

But the thing that got most attention was the tweets of women who abandoned their headscarves. These posts also draw criticism as much as support.

Journalist Büşra Cebeci supported the campaign with a tweet saying, “I couldn’t help myself, I am here too.