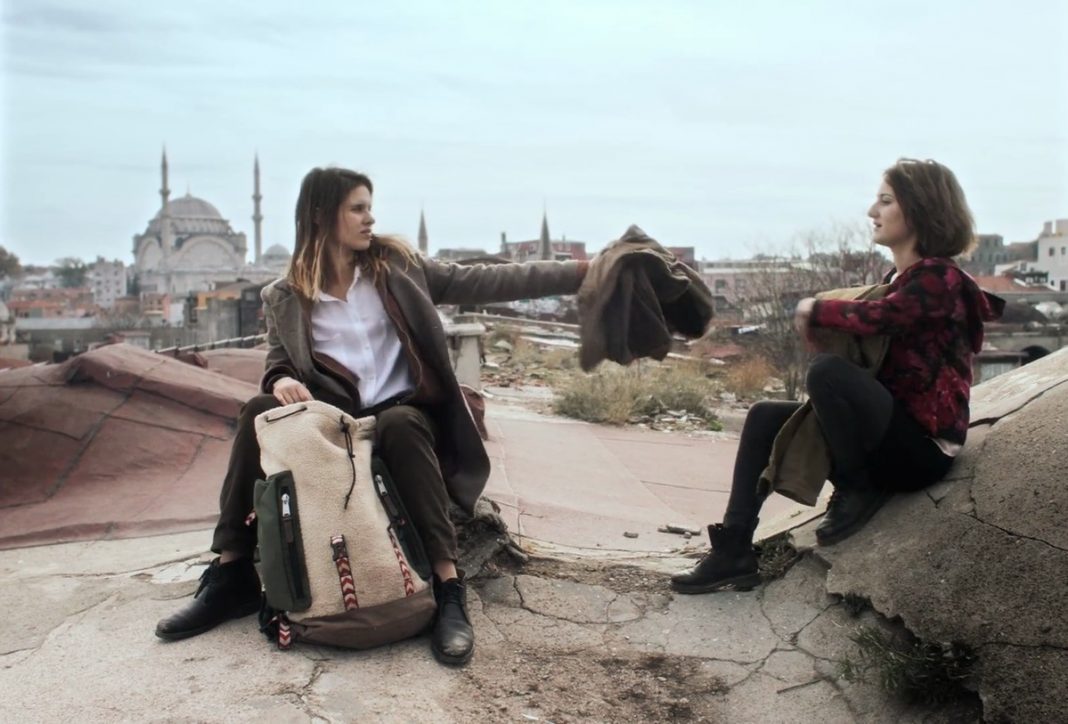 Contemporary Turkish directors such as Nuri Bilge Ceylan, Fatih Akın, or Emin Alper have successfully put Turkey on the cinematic map in terms of international recognition. Many of the best films made in Turkey are from these master directors but also from lesser known (but equally talented) directors. On the other hand Turkey has been stage to many international movies including the French ones.

Here is a selection of  French movies set in Turkey with various scenes, stories, musics and the expressions of spirit of the land that reflect different French lenses: Tintin in Istanbul, Djam, The Empire of Wolves, Who Killed Lady Winsley? and Sibel.

Tintin and the Golden Fleece (or Tintin in Istanbul);

With super high quality Istanbul scenes and rich coverage of the locations and angles of old Istanbul, Tintin et le Mystère de La Toison d’or is probably the first French movie worth to mention. The film first released in France on 6 December 1961, widely known as Tintin à Istanbul.  Featuring characters from The Adventures of Tintin comic book series written and drawn by the Belgian writer-artist Hergé, it was a live-action film with actors made-up to look like the characters and featured an original storyline not based on any of the books. The film is probably the most known piece of the director Jean-Jacques Vierne.

The film is set in Turkey and Greece with the main characters of Tintin and Captain Haddock searching for treasure after inheriting a ship called the Golden Fleece. The Istanbul scenes reminds the audience many of the lost traditions of the city: Scenes with horse-drawn cart water carriers of the early 1960’s or the working class cafeterias around the Golden Horn (Haliç) region of the city worth the watch more than a few times.

French director  Tony Gatlif is internationally well known for his documentary-like movies like Latcho Drom (1993) and Gadjo Dilo (1997). His latest (2017) piece Djam set in Greece and Turkey just like Tintin a Istanbul.  Typical to the Gatlifs filmography this latest work is also about unsettledness, music and  love.

Turkey scenes mainly shot in and around the historical parts of Istanbul, Beyazıt, Karaköy, and Kumkapı. Djam, a young Greek woman, is sent to Istanbul by her uncle to find the rare piece that will repair their boat. There she meets Avril, a nineteen-year-old French woman, alone and without money, who has come to Turkey to volunteer with refugees. Jam, generous, insolent, unpredictable and free then takes her under his wing on the way to Mytilene. A journey of encounters, music, sharing, hope and lively Istanbul scenes.

One of the “Jean Reno movies”, The Empire of Wolves is a French detective directed by Chris Nahon in 2004 and released in 2005. The movie mainly set in Paris however number of scenes set in Turkey makes this movie to put in the list.

In the 10th district of Paris, Paul Nerteaux, a fierce police captain, is entrusted with an investigation into the deaths of three women of Turkish origin, who worked in sweatshops and whose bodies were found  mutilated. To help him infiltrate the Turkish population of the neighborhood, Nerteaux has no alternative but to appeal to Jean-Louis Schiffer (Jean Reno), one of his former colleagues known for his reputation as a relentless cop. A series of events escalates into a confrontation with the Turkish mafia and to the Turkey-linked events which moves the story into number of scenes shot in Cappadocia and İstanbul.

When Lady Winsley, the famous American novelist, is discovered dead on the remote Turkish island of Büyükada, the great detective Fergün is sent from Istanbul to solve the murder case. In the 2017-18 released Franco-Belgian movie the detective must confront stubborn members of the island community to untangle well-guarded family secrets and discover who the murderer is.

Hiner Saleem’s, the Franco – Kurdish director’s choice of locations and the season enriches the story and visual taste of this theatrical movie.

An amazing and extremely authentic story set in the Black Sea region of Turkey. 25-year-old Sibel lives with her father and sister in a secluded village in the mountainous area. Sibel is a mute, but she communicates by using the ancestral whistled language of the area. Rejected by her fellow villagers, she relentlessly hunts down a wolf that is said to be prowling in the neighbouring forest, sparking off fears and fantasies among the village women. There she crosses path with a fugitive. Injured, threatening and vulnerable, he is the first one to take a fresh look at her.

Beyond the enigmatic story of the Sibel, the movie worth to watch even only for the “bird language” and Black Sea forest scenes.