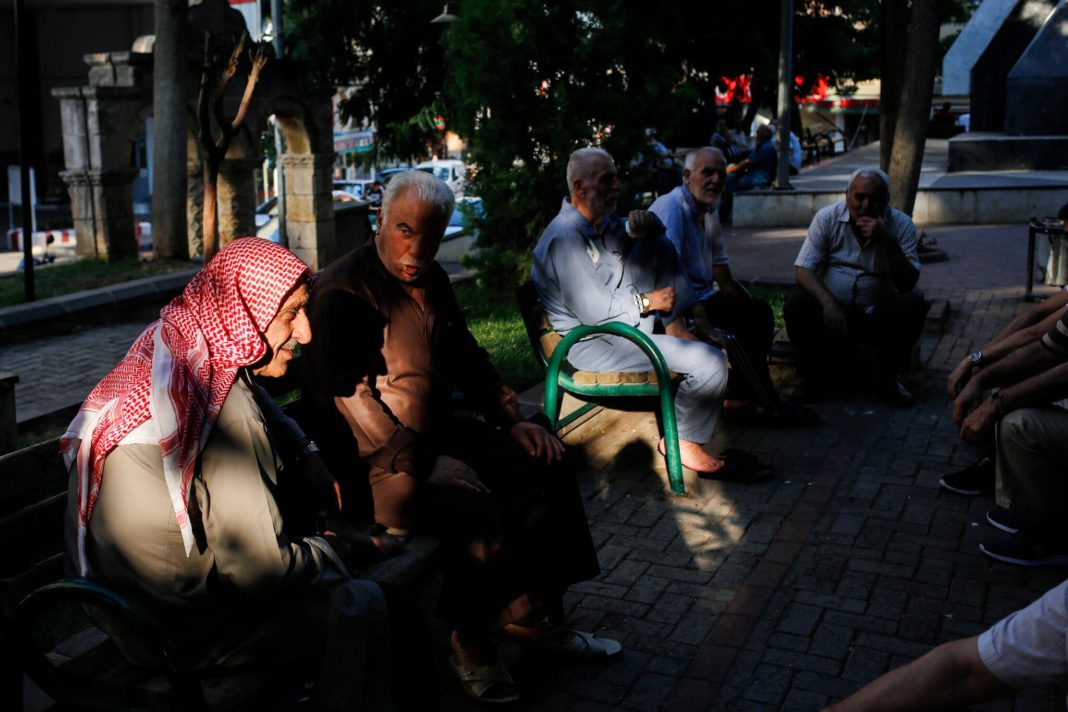 « As calls increase in Turkey for Syrian refugees to go home, Kilis, a border town transformed by the newcomers’ energy, has embraced the change. » reports New York Times.

Slumbering amid olive and pistachio groves on a hot plain near the Syrian border, Kilis, Turkey, was for many decades a quiet backwater, surviving, but hardly prospering, on cross-border trade and smuggling.

Then 10 years ago, war broke out in Syria, refugees began fleeing across the border and Kilis was changed beyond all recognition. Over the next decade, 3.6 million Syrians settled in Turkey, and Kilis doubled in size, to about 200,000 people.

Even as the influx of refugees put a heavy burden on Kilis, it also delivered a welcome jolt of energy to the formerly sleepy city.

“After the Syrians arrived, our lives changed quite a lot,” said Kadir Peker, a Turk who had to rebuild his minicab business after it collapsed with the onset of the war. “They benefited us in many ways. We are living together.”

Urged by President Recep Tayyip Erdogan to treat Syrians escaping the war as guests, Turkish citizens widely accepted the newcomers — at least at first. Yet in many places, the welcome has waned and the long-term presence of Syrian refugees has become a bitterly contentious issue in the political arena.

Opposition parties have started openly to call for sending home Syrian refugees, and recently warned Mr. Erdogan against admitting a wave of Afghan refugees fleeing the Taliban takeover. This summer, the mayor of a small town in central Turkey publicly called for Syrians to leave, complaining they could not integrate culturally and disrupted the economy.

Kilis is a notable exception to the increasingly toxic tone, a beacon of ethnic harmony where Turks and Syrians speak well of each other, and men from the two groups settled a minor traffic accident in the city center recently with smiles.

One reason for the warmth of the welcome here is geographic. Many people in this region, just 30 miles north of the Syrian city of Aleppo, had relations with Syrians before the war.

Kilis’s own history of ethnic diversity, hardship and dislocation may also have fostered an openness to the refugees. It has a large number of Kurds, whose culture and political aspirations have long been suppressed in Turkey. The local population was mainly Jewish and Armenian until the upheavals of the 20th century led to an exodus and decimation of both communities, some of the oldest residents recalled.

An ethnic Kurd himself, Mr. Peker used to drive taxis across the border, and speaks Kurdish and Arabic as well as Turkish.

For all they have suffered as refugees, many Syrians — now almost half the population of Kilis province — say they have been more welcomed here than in other Turkish cities.

“To be honest, we received a lot of help from the Turkish community here,” said Muhammad, a Syrian refugee who asked that only his first name be published in case it affected his application for Turkish citizenship. “We always hear there is a lot of racism, but I learned Turkish and I never had a problem,” he added, saying he had found work in Turkish restaurants and businesses.

Still, even in Kilis, Syrians were cautious about discussing their lives in Turkey, where the police are quick to deport anyone without legal documents. Those who did speak pointed out that both sides have benefited, with Syrians finding safety and Kilis getting a much-needed infusion of energy.

“It was a miserable town when we arrived,” Muhammad said. “Everyone was asleep by six in the evening, and at night you would only see ghosts.”

The Syrians’ affinity for late night nights was one of the cultural differences that irritated Turks, but Syrians have become more mindful of local mores, both communities said.

“It was better before, it was a quieter town,” said a restaurant owner, Murat Aygun, 40, who was born and raised in Kilis. “The culture changed, the city expanded.”

One of the first cultural shifts to emerge was in food. Syrians opened bakeries making the flat bread they ate back home and introduced roast chicken restaurants. Turks, who have always favored grilled meat, kebabs and meatballs, abstained at first but now have adopted the new fare as their own. Syrian favorites such as hummus and falafel have expanded Turkish menus.

Mr. Aygun’s two-story restaurant now caters to a multiethnic clientele, and he said he employs as many Syrians as Turks, adding, “They taught us Arabic, and we taught them Turkish.”

His staff were cheerful about the diversity. “Now I even eat falafel for breakfast,” Yalcin Ozkir, 37, a Turkish chef, said with a laugh.

Just as the benefits have extended both ways, so, however, have some hardships.

The refugees’ arrival brought a demand for housing, and rents soared beyond the means of many Turks. The war also cut off the cross-border trade that had provided a livelihood for many townspeople.

But the arrival of the Syrians also set off a building boom and brought investment that has transformed the city.

“The buildings started rising after the Syrians came,” Muhammad said of his fellow refugees. “They made a revolution in this town.”

Syrians renovated much of the old city center, opening small shops and businesses, and greatly expanding the open-air markets for fruit and vegetables and livestock.

“Half this street was closed and rundown,” said Muhammad Waki, 19, a pastry chef in a Syrian sweet shop in the old town. “Seventy percent has changed. We renovated all these shops.”

There has been sporadic violence against refugees in Turkey, but only one instance in Kilis, in 2015, when a crowd smashed the windows of Syrian-owned shops and cars, said Abdurahman Abu Jamil, 30, whose family operates several businesses in northern Syria and in Kilis. He noted that his Turkish neighbor protected his shop from the mob.

A key turning point came five years ago, when the government integrated Syrian children into Turkish schools, said Omar al-Haji, administrator of the Kilis branch of an educational charity.

“Before, Syrians were going to temporary Syrian schools,” he said. “They could not study well and they were not even learning Arabic well. But when they decided to take the children into Turkish schools, it helped merge the communities together.”

The authorities also ended the practice of waiving university fees for Syrians, which had fueled local resentment, Mr. al-Haji said.

“Hostility between the Turkish and Syrian people decreased because the two peoples started understanding each other, and the problems of the Syrians decreased a lot,” he said.

Intermarriage was another initial friction point, with parts of both communities at first upset when Turkish men started marrying Syrian women as second wives under religious law. But intermarriage has become increasingly common, many residents said, and the two communities have come to socialize together.

On a recent summer’s evening, Mr. Peker’s family held a street party to celebrate the circumcision of their son, Poyaz. Prominent among their guests: a refugee couple, a Syrian dentist and his wife, a teacher, who rent an apartment from them.

“I don’t see any difference,” said Nurdan Peker, Mr. Peker’s wife. “I don’t see people as Arab or Turkish, I just see them as human.”