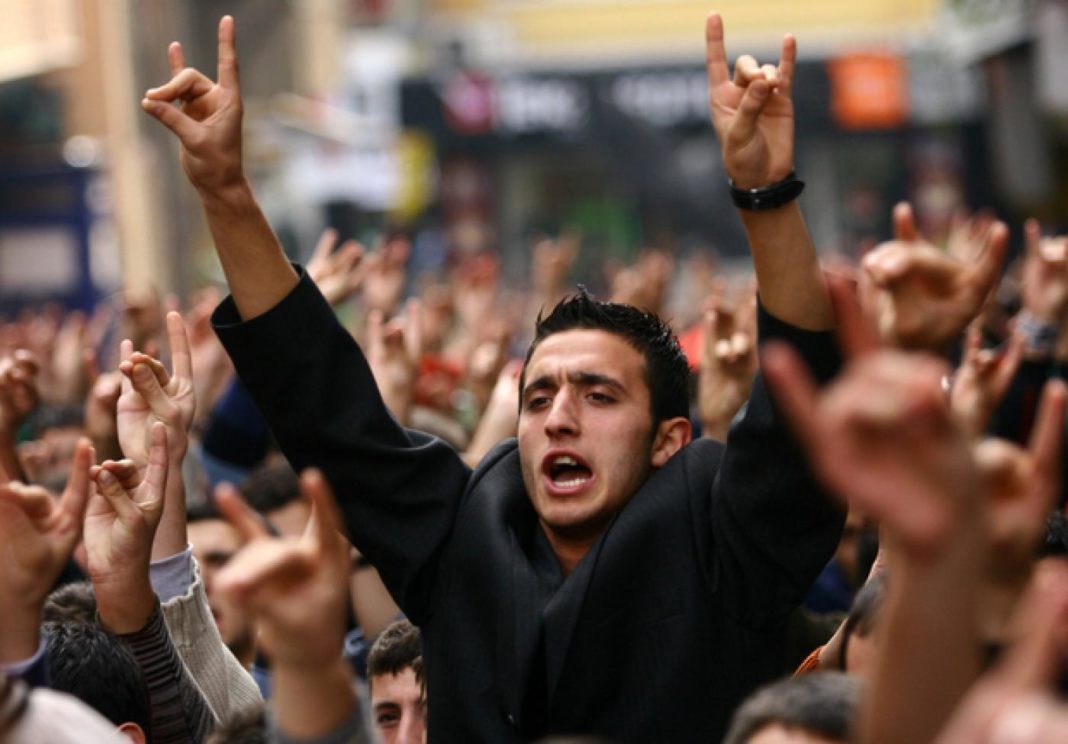 The European Parliament has called on the European Union to add the Grey Wolves, a Turkish far-right organization, to its terrorist list, in a move that’s expected to further sour relations between the bloc and Turkey.

The European Parliament has called on the European Union to add the Grey Wolves, a Turkish far-right organization, to its terrorist list.

In the report prepared by Nacho Sanchez Amor, the European Parliament’s rapporteur on Turkey, the EU Parliament voiced concerns over the racist and far-right group, which it said is expanding at worrying levels not only in Turkey, but also in EU countries.

Stressing that the group is tied to the Nationalist Movement Party (MHP), the government’s alliance partner, the report called for an investigation to be launched for its activities to be banned in the EU.

The Grey Wolves pose a threat for all of the groups it perceives as their opponent, mainly Kurds, Armenians and those of Greek origin, the report said, adding that the group’s activities must be monitored closely.

The Grey Wolves organization is regarded as the armed wing of the MHP and during the 1970s and 1980s, it committed acts of violence on the streets of Turkey, when its members often clashed with political opponents.

For decades, the Grey Wolves have become established in several European countries, creating networks of thousands of people and developing a strong influence in the various Turkish communities across Europe.

France in November of last year officially banned the group for inciting discrimination and hatred and being involved in violent actions. Its decision came after members of the group defaced an Armenian genocide monument and organized “Hunt for Armenians” marches in the country.

Other European countries have also considered banning the group.

Speaking about the report that’s likely to further sour relations between Ankara and the EU, Amor said that it’s the toughest one ever on the situation in Turkey.

“This is the toughest parliamentary report ever on the situation in the country and a reflection of the serious and continued backsliding in the areas of the rule of law and human rights in Turkey in the last two years, » Amor said.

“The report sends clear messages to both Turkey and the other EU institutions and member states: Without urgent progress in the human rights and the rule of law situation in Turkey, there can be no improvement in EU-Turkey relations.”

The European People’s Party (EPP) Group, the largest in the House, has said that it believes accession talks with Turkey must be “formally suspended if the current negative trend is not urgently and consistently reversed.”

“As long as President Recep Tayyip Erdoğan continues to provoke the EU and its member-states, violates the territorial integrity of Greece and Cyprus and veers Turkey away from European standards, from the rule of law and fundamental human rights, there is no perspective for improved relations,” an EPP spokesman was quoted by The Parliament Magazine as saying.