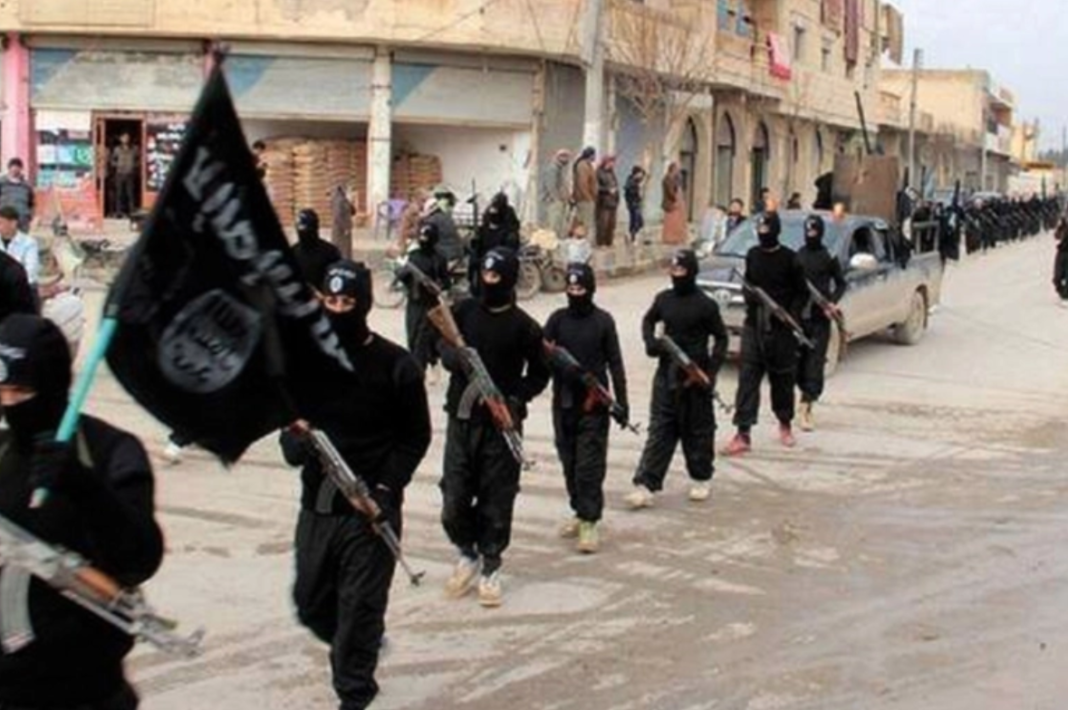 Increasing security operations against Islamic State (IS) cells across Turkey since June have raised the question whether Ankara is changing its oft-criticized anti-IS strategy as the latest operations indicate an increasing risk of terrorist attack in parallel with the group’s rebuilding attempts in Syria and Iraq.

Turkey has become one of the hideouts for IS cells escaping Syria and Iraq following the groups’ major territorial defeat in Syria and Iraq since 2016. Reports of online “auctions” of Yazidi captives on the deep web by IS cells in March showcased the groups’ activity range in Turkey. Ankara’s anti-IS strategy has often been criticized as superficial, negligent and lenient.

Turkey’s security operations conducted against IS cells at home and in neighboring Syria failed to contain criticism over Ankara’s anti-IS strategy, which is still riddled with gaping holes. Yet recent developments suggest that change might be underway.

Turkish security forces detained 307 people over suspected links to IS in several operations across Turkey in June, according to Turkey’s Interior Ministry. Local news media reported some 25 more people were rounded up in early July. Yet how many of those detainees were arrested, released or deported remain unknown as the Turkish police and the Interior Ministry have not answered these questions. Apparently, most of the detainees — most of whom are said to be Iraqis, with some Syrians — were not subjected to proper judicial processes and were deported without prosecution.

Until recently, many thought Turkey had been pursuing a strategy where security forces were merely monitoring activities of suspected IS members if those suspects posed no immediate threat to Turkey and if there was no search warrant against them notwithstanding crimes they committed in Syria and Iraq. However, increasing IS activity in Iraq and Syria has fueled fears that the group will reignite its attacks in Turkey.

Onur Guler, a lawyer who handled several cases of IS suspects, including some of those caught in the latest operations, estimates that some 80% of the detainees who were caught in the latest operations were deported by the Turkish authorities. Guler said that the operations were mainly aimed at deporting Iraqis and Syrians, but that some of the detainees actually had links to IS, including Yousuf al-Marhoun, who was reportedly an IS executioner and caught in northwest Turkey.

Guler, who handled the Marhoun case, said some suspects’ cases, including Marhoun’s, show Turkish authorities’ “determination” to pursue IS cells inside the country. “These are not fictional operations merely aiming to give the appearance of fighting against the [IS],” Guler told Al-Monitor.

Guler said the latest operations were mainly based on suspects’ affiliations and contacts with the militant group and intelligence against them.

As to why Turkish authorities waited until now before detaining these suspects, Guler said, “First, they might have deliberately waited to reach wider rings through intelligence. Secondly, there is a state of negligence.”

Guler backed the idea that security forces have intensified anti-IS operations out of rising security risk. “I think number of operations have increased as the security risk is increasing. Foreign and Turkish [IS-affiliated] groups in Turkey are also transforming, » he added.

The widespread impression in Turkey is that the Turkish authorities tend to ignore crimes IS and other militants committed in Syria and Iraq if the militants are not active in Turkey. Guler said, however, that there are examples that rebut this and sometimes people who have never been to Syria are detained as a preventive measure. He also cited the case of a 17-year-old Syrian who was arrested in northwest Turkey in April over suspected links to IS.

“His case file involved pictures showing that he was a member of Jaysh al-Ahrar. This organization is not considered a terrorist organization in Turkey. We get an acquittal,” he said, adding that the case shows the authorities went beyond monitoring him even though he wasn’t active in Turkey “The security threats are obvious. That’s why I think they’ve started to keep a tight leash.”

Guler said Ankara’s hesitancy to target IS cells out of fear of retribution seems to be diminishing. He said there are people who were detained as a preventive measure even though they were not planning any attack. He said last year’s clampdown on a senior IS figure Mahmut Ozden and his network is an example of this. Guler said he believes Ozden’s cell was targeted as it was posing a risk of activity.

“Local groups have not been subject to operations as much as they did in the past. In a way, congregations that settled in Turkey were left alone,” he told Al-Monitor. “I believe concerns over foreign [IS-affiliated] groups have risen.”

Yet Eroglu added that the operations in recent years appear to be “haphazardly” conducted, unlike the operations in 2019 when the security forces were acting on solid intelligence coming from the United States.

Lack of comprehensive and well-planned judicial policy with regard to IS cases is another problem according to Guler. He recounts that courts release or offer plea bargains to some suspects who have no serious organizational activity and who have never been in Syria. Criminal courts tend to be more lenient toward women suspects, he added. Guler said there are people who have been convicted but released on plea bargains.

According to a Turkish official familiar with the nature of Turkey’s anti-IS strategy, lack of coordination between intelligence, police and gendarmerie forces is one more problem. The official told Al-Monitor that the security forces are reluctant to take action against the IS cells unless there is a complaint or tip. The security establishment also considers the government’s sensitivities toward Islamist groups, the official added.

Turkish authorities reportedly do not consider IS as a primary threat and do not put much effort into collecting evidence against suspects, so suspects are often acquitted due to lack of evidence.

Meanwhile, IS has yet to organize an attack in retaliation to the latest security operations. The latest IS attack in Turkey was a nightclub shooting in Istanbul on New Year’s Eve in December 2016 that killed 36 people.

The absence of a retaliation attack can be explained by two possible factors. The first might be Turkish intelligence units’ heavy crackdown on IS cells. Following a car bomb attack in southeastern province of Gaziantep in Turkey in 2016, Turkish security forces began addressing security vulnerabilities in the fight against IS. In the past four years, thousands of people were detained over suspected links to Islamic State.

The second explanation might be pragmatism. The militant group might fear the complete loss of its network and hideouts in Turkey, as a retaliation attack might fuel an all-out war against the group. Moreover, only a small percentage of detentions end with arrests or convictions.

Currently, Turkish security forces are seeking some 80 people over links with the IS, with 14 of them wanted on Interpol’s red notice. Two people have been removed from the red notice list. They are Yunus Durmaz, who died in 2016, and Kasim Guler — codenamed “Abu Osama al Turki” — who was captured in June.

Durmaz’s case offers a striking example of the holes in Turkey’s fight against the Islamic State. Durmaz was wanted for several terrorist attacks carried out in Turkey in 2015, but he was not caught even though authorities knew his whereabouts on 19 occasions the same year.

He had planned the May 1, 2016, Gaziantep car bombing, yet he wasn’t caught immediately even after the attack. But two weeks later, acting on a tip that he was planning an attack on the ruling Justice and Development Party’s convention, Turkish security forces raided his hideout on May 19, 2016. Durmaz blew himself up during the operation. Some 17 days following his death, the Turkish authorities decided to destroy all information pertaining to his case.