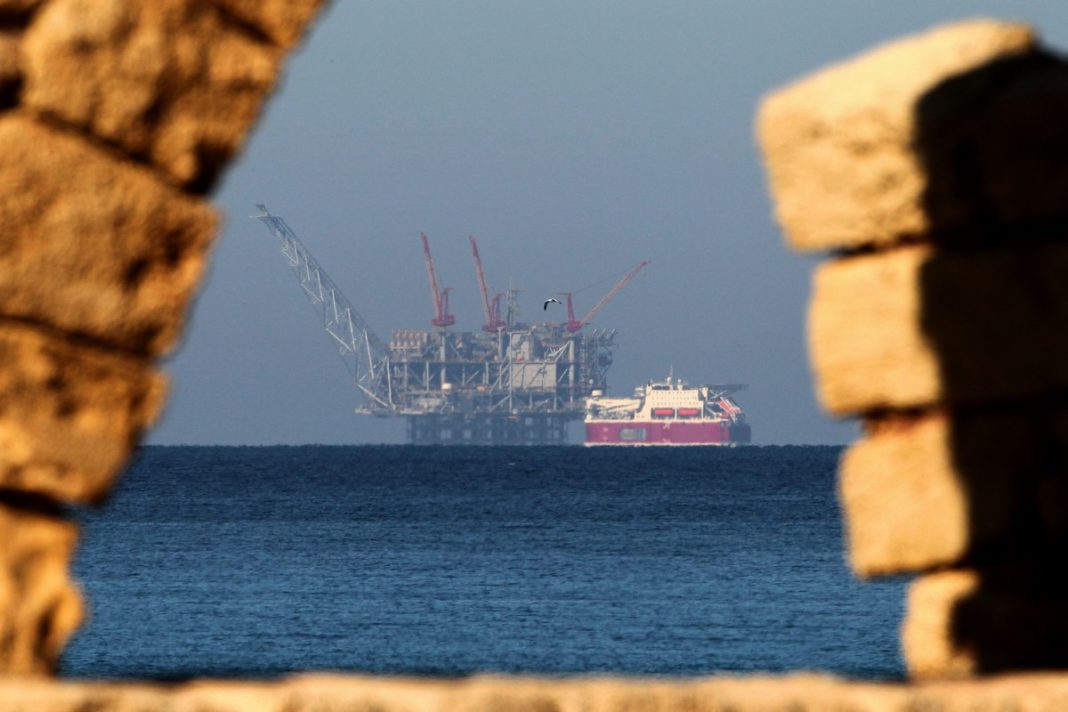 In the midst of Turkey’s struggle for energy and maritime jurisdictions in the eastern Mediterranean, Egypt’s announcement of a new round of bidding for hydrocarbon exploration on Feb. 18 was interpreted as Cairo wanting to shake hands with Ankara. Thus, there was widespread disappointment when then gesture was withdrawn.

On Feb. 18, Egypt announced a new round of bidding for hydrocarbon exploration in some blocks in the eastern Mediterranean. It included Block 18 and the tender was based on the exclusive economic zone map that Turkey had submitted to the UN on March 18, 2019.

In the midst of Turkey’s struggle for energy and maritime jurisdictions in the eastern Mediterranean, this act from Egypt was interpreted as Cairo wanting to shake hands with Ankara. The pro-government campaigners in Turkey started attributing legendary powers to Turkey are a result, saying that Greece was packing. The Turkish powers that be truly though they had won over Cairo back and thus, were devastated when that gesture was withdrawn. With its leadership, staff, team of commentators, and personnel who are ever-ready to act, Turkey is deceiving itself day in and day out.

There is a continuous state of insanity existing within Turkish diplomacy. It is not a problem of size, strength or diplomatic caliber. Rather, it is an issue of declining significance of a country and the troubling extent of political incompetence within the state. There are too many moving pieces with very little strategy.

As there is not a single country left in the eastern Mediterranean willing to shake hands with Turkey, we are now stuck in a state of loneliness. For a fleeting moment, we thought the government had realized that its untimely show of force had backfired. Because after Turkey came up empty handed, they still returned to the table with Greece, and started being friendly to Egypt and Israel in hopes of a fresh start.

They held onto to hope that Egypt would recognize the missed opportunity and reach out to them when they heard about the offer that “If the Egyptian government had signed the maritime jurisdictional borders agreement with Turkey and not with Greece and the Republic of Cyprus, they would have gained more area.” This suggestion was developed and dispersed though pro-government Turkish TV channels.

After the announcement of the tender Defense Minister Hulusi Akar immediately said, “This is a very important development, we expect it to continue […] There may be further progress on the matter.” Meanwhile, Akar was in a hurry to show the world Turkey’s “blue homeland” strategy with a military exercise. The strategy which derives from the idea that the “big game in the eastern Mediterranean would be spoiled,” and that front has been establish to trap Turkey.

Let us remember that there has been contact with Egypt at the intelligence level for two years, but Egyptian sources have said that there have been no negotiations on maritime jurisdictions. So, how could an agreement be expected soon when no talks have been held?

Erdoğan and his team are trying drum up support among the public, but it has not worked on the Egyptian side. In fact, certain Egyptian commentators have said, “Turkey’s need for Egypt is bigger than Egypt’s need for Turkey. Egypt’s hand has strengthened.”

Greek Foreign Minister Nikos Dendias flew to Cairo on March 8 and Turkish media reported that he was in a “panicky” mood on the plane. However, the outcome of his Cairo trip had no indication of said panic; After Dendias met with his Egyptian counterpart Sameh Shoukry, the Kathimerini daily published a new map for the tender. On that map, half of the 18th block was now gone. The same half that had thrilled Ankara.

Aydın Sezer, an international relations analyst who closely monitors the issue, is telling citizens about the consequences of such irrational politics. Let me convey here what I gather from his analysis:

Egypt signed maritime jurisdiction agreements with Greece to the west of the 28th meridian and the Republic of Cyprus (Greek) to the east of the 30th meridian. A narrow corridor was left between the 28th-30th meridians. Egypt announced a new bid within the borders it had agreed on with the Greeks and the Greek Cypriots. Only the 18th Block included a portion from the east of the 28th meridian. This sector is in the area outside the Egypt-Greece deal. The fact that the line was drawn according to the border declared by Turkey meant that Cairo did not adopt Greece’s terms for the meridians between the 28th and 30th meridians. Since 2003, Cairo has supported the Turkish view that the Greek island of Kastellorizo, off the coast of Turkey, cannot have a continental shelf of its own. This stance caused joy in Ankara and bitterness in Athens.

However, that portion which caused excitement was removed from the map. With this step back, Egypt credited the Greek terms regarding this tiny island, or perhaps it opted to leave this issue to possible negotiations with Turkey.

Maybe the government calculated that if it strikes a deal with Cairo for the area between the 28th and 30th meridians, it would be blocking Greece and spoiling the game. However, there is a trap in this way of thinking. Sezer’s warnings aside, the architect of the “blue homeland” concept, Admiral Cihat Yaycı has been pointing to the same risk: If there is an agreement with Egypt that does not cover the west of 28th meridian and the east of 30th, then Turkey will suffer a great loss. In fact, Yaycı says, Turkey would be breaking its deal with Libya.

From Ankara’s point of view, Cairo’s choice is against its own interests and irrational. So, has Ankara had a hand in the formation of this irrationality with its policies? Both Egypt and Israel did not sign a maritime jurisdiction agreement with the Republic of Cyprus, because they regarded Turkey and because it suited their interests.

Erdoğan pushed Israel to make a deal with the Greeks because of his “slogan” policies regarding Palestine. He pushed Egypt to sign a deal with the Greeks because of his efforts to patronize the Muslim Brotherhood. Turkey’s controversial deal with one side of the divided Libya, also led the way for Egypt and Greece to shake hands.  Greece also solved its 50-year-old problem with Italy along the way. In short, Erdoğan’s destructive approach has benefited his adversaries. If Syria, the country Turkey is effectively at war with, also makes an agreement with the Greeks, then it will be a complete checkmate. Now we must ask ourselves: Which game has Turkey spoiled?

Why would these countries choose to cancel their deals and sit down to negotiate with Turkey? Perhaps if Turkey conceded on some of its regional political claims, especially with Libya, then a different stance could develop. But there is no sign that that will happen. If Egypt and its partners do not take a step back, then what is left? International jurisdiction or war. It seems to me that this love of the “blue homeland” concept is an attempt to cover up the fiascos several wrong policies have caused.

The current situation calls for an improvement of relations. Cairo’s conditions are clear: Turkey should not become a base for the Muslim Brotherhood; those wanted persons should be handed over or sent to a third country, and any policy that questions the legitimacy of President Abdul Fattah al-Sisi should be abandoned. According to Arab sources, these were the conditions listed for the Algeria meeting of intelligence officers of the two countries a while ago. However, according to Egyptian sources, Turkey has granted citizenship to those wanted people, thus further protecting them. This has caused serious distrust on the Egyptian side.

The crisis regarding the Muslim Brotherhood has become a small part of the big picture as it drags on. Egypt is feeling besieged by Ankara’s North African and Red Sea politics. The Turkish-Ethiopian reconciliation is irritating Cairo. With Omar al-Bashir’s departure in Sudan, Khartoum’s axis became more acceptable for Cairo. So much so that Sisi made a fresh start by visiting Khartoum last Saturday.

In Libya, Egypt is playing its own game, although it has avoided confrontation with Turkey via the election of a government to lead the transition. Its utmost goal is to eliminate Turkish influence. Even before a new reconciliation government was formed in Libya, Egypt started closely monitoring Turkish-backed groups in Tripoli. Egypt managed to host talks between the Libyans even despite supporting the eastern forces. It opened its embassy in Tripoli and reestablished the direct air corridor. In fact, Libya’s Muslim Brotherhood has shifted to a different position with the assurances they gave to Egypt.

Egypt’s primary goal is to prevent Turkey from obtaining a military base in Libya. Although they do not highlight this issue in a way that would disrupt the transition period, they will use all their cards when a new parliament and government are formed after the election. Also, it is Egypt’s goal to transport natural gas from the Eastern Mediterranean to Europe via Libya instead of the East Med, which is overpriced and transits Cyprus-Crete. The bid is somehow increasing.

Egypt has taken action against Saudi Arabia on one hand and against Turkish influence in Africa on the other. According to The New Arab, Egyptian Intelligence Service Chief Abbas Kamil visited Chad and Niger last month and offered military cooperation. The basic motivation for both visits is to obstruct Turkey. France and Germany also support the initiative.

Egypt’s influence in the Red Sea basin, North Africa, and the Arab League was ignored. It is now understood that the Cairo-Ankara conflict did not have a positive impact in the long run. An accord that may happen in Libya may unlock the situation. But the first clause of the accord Egypt understands is that Turkey withdraws its troops and Syrian militias, and give up its efforts to establish a base. This accord is not likely to arrive easily!