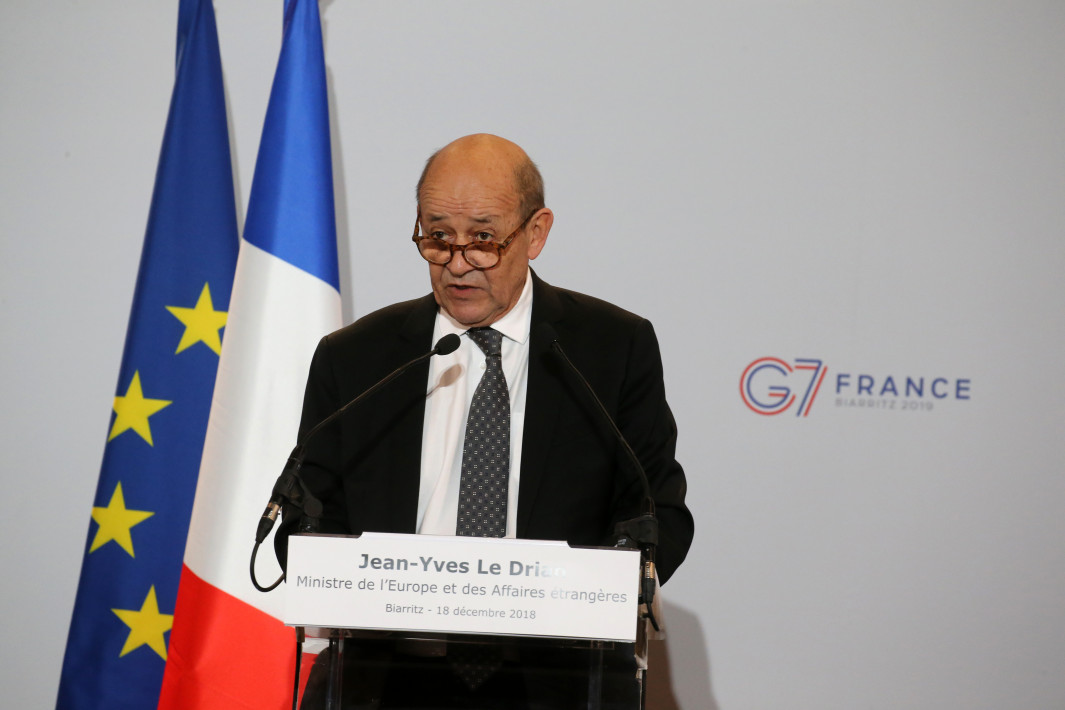 Repeating that France may apply sanctions against Turkey, Le Drian said that they reject President Erdogan’s “ongoing violence and even hate speech”.

Le Drian stated that they strongly want to stop Turkey to continue with this mentality and underlined that “the target is not France but the solidarity of the whole Europe around this issue”. “If Turkey does not cease to act in this way, the Council of the European Union that brings together leaders of the 27 member countries has already decided to take necessary steps against the Turkish authorities” he added.

The diplomatic tension between two countries has been increased with the official ban of the ultra-nationalist movement the Grey Wolves in France. French President Macron decided to ban the Movement after its members destroyed the “Armenian Genocide Monument” in Decines (where Armenians live intensely) by spraying on it the initials of President Erdogan (RTE) and the name of Grey Wolves (Loup Gris).

The Turkish Foreign Ministry, on the other hand, announced that they would react harshly against the decision.

In October, the tension increased between President Macron and President Erdogan when the French satirical magazine Charlie Hebdo published Erdogan’s cartoon related with reactions against the cartoons of Prophet Mohammed. Then President Erdogan accused his French counterpart of Islamophobia, questioned his mental faculties, and called for a boycott of French goods.

In addition, the conflict between the two countries in Libya and the Eastern Mediterranean has serious negative effects.

Al-Monitor, May 5, 2021, Fehim Taştekin, image: AP In parallel with its normalization efforts with Egypt, Turkey is now trying to mend ties with Saudi Arabia...
Read more
ARTICLE A LA UNE