Historic Greek orphanage on brink of collapse over delayed restoration 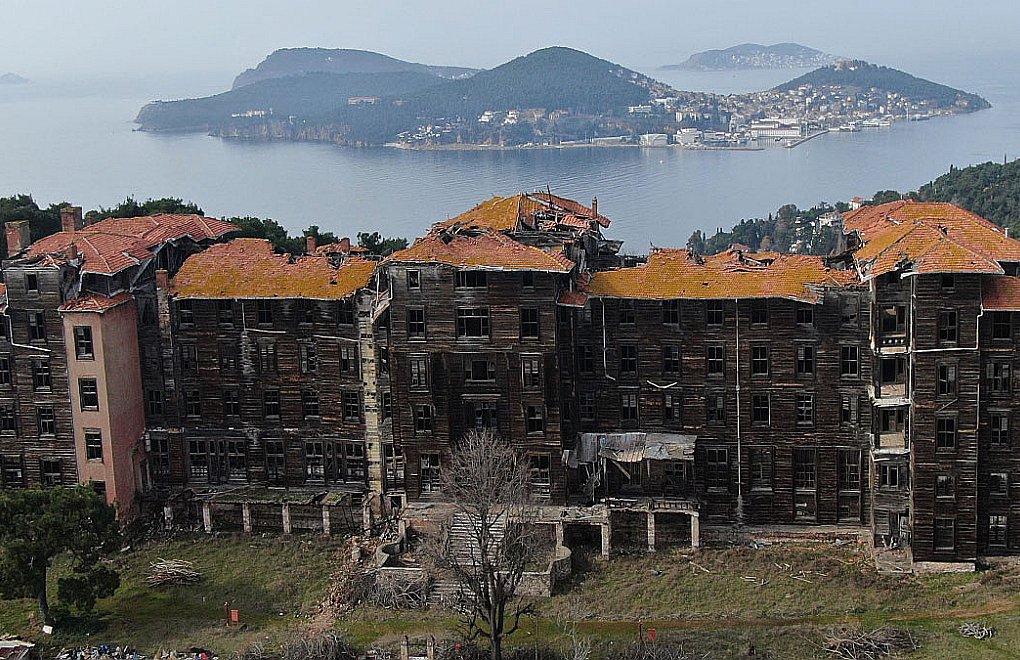 The Fener Greek Orthodox Patriarchate has banned anyone from entering the yard of the iconic orphanage without permission due to the risk posed by the decaying structure, the site said.

Located on the largest of the Princes’ Island of Büyükada, the orphanage which as of the beginning of the 1900s served up to 6,000 Greek orphans, is listed by the World Monuments Fund as one of the most endangered heritage sites in the world.

The structure was seized by the Turkish state in 1964 amid tensions between the Turkish government and Greek citizens in Anatolia and abandoned to decay for almost six decades.

The Patriarchate won back the title deed of the iconic structure in 2010 after taking the matter to the European Court of Human Rights (ECHR).

Restoration on the structure was announced in September of last year, but has yet to begin.

The structure was damaged by a fire in 1980, with sections of the wooden building’s roof and corner collapsing.