Turkey and China: In pursuit of a ‘strategic partnership’ 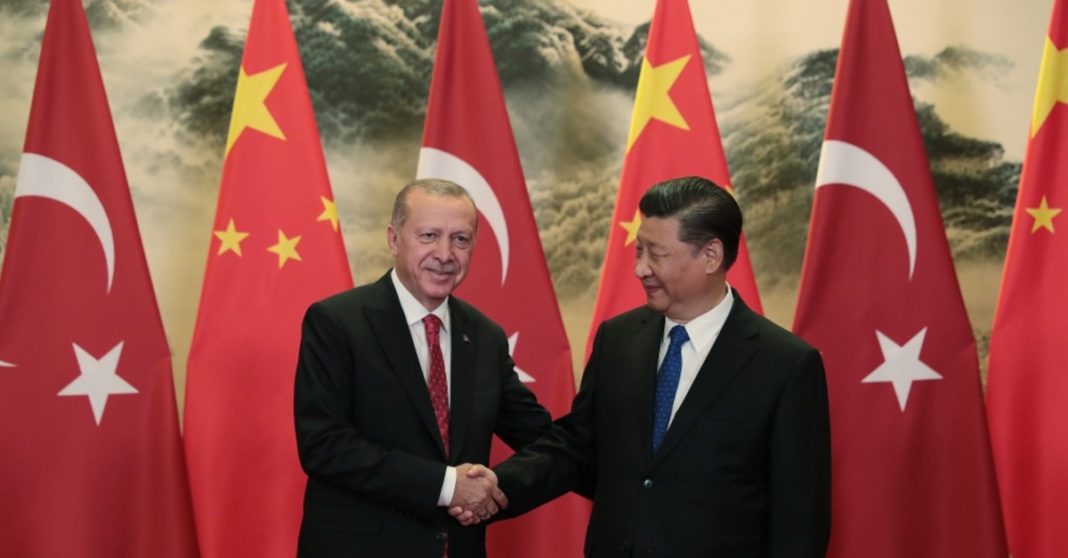 Turkey and China are celebrating their 50th anniversary of diplomatic ties this year. For now, however, there is not too much to celebrate, but each side is hoping for bigger and better things in the near to medium term.

“China’s rise in the global order, with its fast-developing economy, is grabbing the attention of Turkish policymakers,” Sinem Cengiz, a Turkish political analyst, said in Arab News in March. “Although ties between Turkey and China experience occasional ebbs and flows, in recent years their relationship has entered a period of growth based on mutual benefits. There has been increasing trade and accelerated intergovernmental dialogue,”

This is a big change for Ankara, and its policies reflect that.

“Turkish President Recep Tayyip Erdoğan used to send shockwaves to Beijing with his outspoken support of China’s Uighur minority, a predominantly Turkic-speaking Muslim group in (the Chinese province of) Xinjiang that is subject to horrific human rights violations,” Ayca Alemdaroğlu, an associate director at Stanford University, and Sultan Tepe, a professor of politics at the University of Illinois, said in Foreign Policy magazine in September.

“The incidents in China are, simply put, a genocide,” Erdoğan said in 2009, when he was prime minister,” Alemdaroğlu and Tepe said.

“Then came a sudden, unexpected switch. In 2016, Turkey arrested Abdulkadir Yapcan, a prominent Uighur political activist living in the country since 2001 and initiated his extradition. Since early 2019, Turkey has arrested hundreds of Uighurs and sent them to deportation centers. And Erdoğan’s remarks have turned diplomatically bland,” they said.

There is a simple explanation for the change. Turkey’s economy is in crisis. It has been hit hard by declining tourism in the pandemic, as well as by high inflation and the withdrawal of foreign investment. As Erdoğan tightens his control over the central bank and the courts, the country’s foreign currency reserves are shrinking, the trade deficit is widening, and the Turkish lira is near a record low.

With few other friends, Ankara is counting on Beijing for financial support.

Trade volume between the two countries was about $24 billion in 2020. It rose by an annual 44 percent to $8 billion in the first quarter of 2021, despite the pandemic, Chinese news website Xinhuanet reported this month.

There have been significant recent investments, notably that of Chinese ecommerce giant Ali Baba, which took a majority stake in Turkish e-commerce platform Trendyol in 2018. It upped its stake with a $330 million investment in April, according to news website tech.eu. Ali Baba now owns 86.5 percent of the company.

“China’s appetite for expansion into Western Asia and Europe offers Erdoğan a lifeline. Cooperation has expanded exponentially: Since 2016, the two countries have signed 10 bilateral agreements including on health and nuclear energy,” Alemdaroğlu and Tepe said.

“China is now Turkey’s second-largest import partner after Russia. China has invested $3 billion in Turkey between 2016 and 2019 and intends to double that by the end of next year,” they said.

When the lira’s value dropped by more than a quarter in 2018, the state-owned Industrial and Commercial Bank of China provided the Turkish government with $3.6 billion in loans for ongoing energy and transportation projects. In June 2019, in the wake of Istanbul municipal elections that indicated crumbling support for Erdoğan, China’s central bank transferred $1 billion—the largest cash inflow under a swap agreement between the two countries’ central banks that was last renewed in 2012.

China’s Belt and Road Initiative (BRI) has also offered Turkey a fresh source of financing, Xinhuanet said in its report. For China, the project offers a strategic foothold in the Mediterranean region, according to Alemdaroğlu and Tepe.

BRI, which aims to create a global infrastructure and transportation network, made it easier to export to China by freight trains.

A railroad from Istanbul covering 8,693 kilometers across Turkey, Georgia, Azerbaijan, the Caspian Sea, and Kazakhstan to reach the Chinese city of Xi’an has been operating since the end of 2020.

Cargo transportation time between Turkey and China has decreased to 12 days from one month due to the project, a breakthrough in commercial understanding, as it slashes costs, Hasan Şafak, general manager of Istanbul-based transport firm Fevzi Gandur Logistics, told Xinhuanet.

As part of the BRI infrastructure-building initiative, Turkey completed a railroad from Kars in eastern Turkey via Tbilisi, Georgia, to Baku, Azerbaijan, on the Caspian Sea, from where it links to transportation networks to China, the Royal United Services Institute (RUSI) said last month.

The Chinese have come to Erdoğan’s rescue.

“In January 2020, a Chinese consortium bought 51 percent of the Yavuz Sultan Selim Bridge connecting Europe and Asia across the Bosporus after revenue projections failed and the Italian-Turkish consortium controlling the bridge wanted out,” Alemdaroğlu and Tepe said.

As Ankara faces tensions in its relations with the West and the Turkish economy suffers severely, the enhancement of its relations with China appears to be an important step. The Financial Times wrote in 2018 that Erdoğan would eventually have no alternative but to apply to the International Monetary Fund for a financial rescue package that would dilute his control over the economy.

Maybe Erdoğan has found a way out, but it is not necessarily the one that is best for his country. Chinese financing rarely comes without Chinese demands attached. If China is, in fact, to fund part of the controversial Kanal Istanbul project, Erdoğan will find himself seriously in that country’s debt.