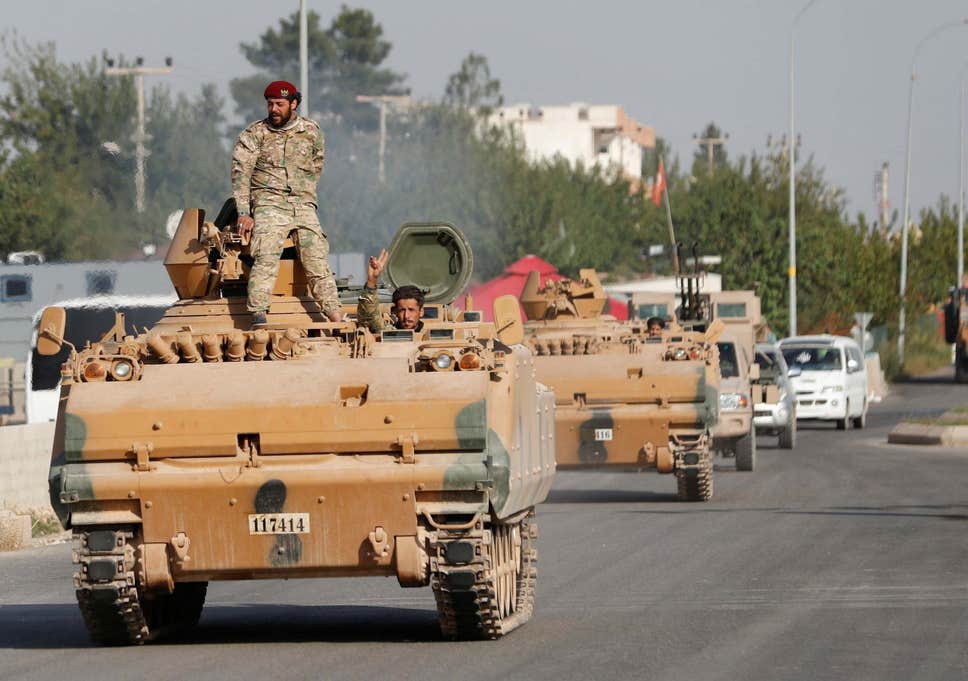 Turkey has recently established a “safe zone” in northern Syria and according to a report by a human rights watchdog the zone is unsafe for civilians and fighters could be guilty of war crimes against local population such as executions and home confiscations.

“Turkish forces invaded a formerly Kurdish-held strip of land on the Syrian border last month, then agreed to a ceasefire in the operation against the Kurdish-led Syrian Democratic Forces (SDF) after talks with the US and Russia. The SDF and Turkey, however, have accused each other of regular violations” said on Guardian.

As reported on the newspaper “the New York-based Human Rights Watch (HRW) said on Wednesday that Turkish-backed Syrian rebel groups that had done much of the fighting on the ground could be guilty of war crimes against the local population, the majority of which is Kurdish.

“Contrary to Turkey’s narrative that their operation will establish a safe zone, the groups they are using to administer the territory are themselves committing abuses against civilians and discriminating on ethnic grounds,” said Sarah Leah Whitson, the Middle East director at HRW.

“Executing individuals, pillaging property and blocking displaced people from returning to their homes is damning evidence of why Turkey’s proposed ‘safe zones’ will not be safe,” she added.

“At least 17 people were killed and 20 wounded on Tuesday after a car bomb exploded in the village of Tal Halaf near the strategic centre Ras al-Ayn, which is under the control of the Turkish military. Ankara blamed the attack on the Kurdish People’s Protection Units (YPG), which it says is the Syrian offshoot of the outlawed Kurdistan Workers’ party (PKK) that has waged an insurgency against the Turkish state since 1984. The latest wave of violence in Syria’s almost nine-year-old war was triggered by Donald Trump’s announcement that US troops would withdraw from Kurdish-held areas of the country. The decision was widely considered a betrayal of the US’s ground partner in the fight against Islamic State. Turkey is seeking to repatriate up to 2 million of its 3.6 million mainly Arab Syrian refugee population in the safe zone. Last week, Turkish state media said 70 Syrians, including women and children, crossed the border to Ras al-Ayn, the first of the planned returns. The repatriation policy has faced fierce criticism from Turkey’s international allies, who say the plan amounts to demographic engineering.”

Source: Türkiye İş Bankası Global Economy  Uncertainties about the course of the coronavirus pandemic remains on the agenda due to the concerns caused by the high...
Read more
RESSOURCES

DW, April 28, 2021, Elliot Douglas A study shows that the number of Muslims in Germany has significantly risen compared to 2015 and many still...
Read more